A god is just an idea held by similarly-minded people, and, as such, can be fashioned to meet whatever needs that they decide are necessary. So, when one reads "In God We Trust", one has to pause and ask "Which One?" 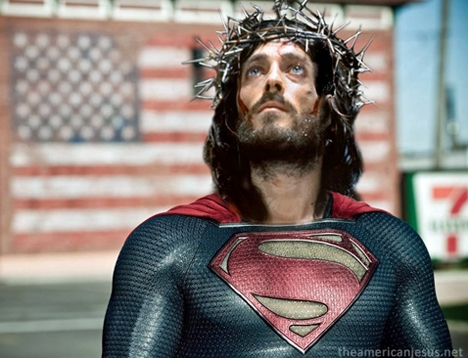 I think you've all missed the point that I was trying to make in saying, "Which one?".

Atheism and agnosticism challenge the notion of monotheism as well as those who profess that their singular god and "Creator of the Universe" speaks through them.

Monotheism is basically a Judeo-Christian religious concept which, despite the Establishment Clause and the Free Exercise Clause found in the First Amendment of our Constitution - "Congress shall make no law respecting an establishment of religion,
or prohibiting the free exercise thereof" - still exists as the "de facto" established religious model for the government of the United States in that it supposedly ordains the "divine right of governance" on those directing both domestic and foreign policies. For example... all ceremonial government prayers start with the words "Heavenly Father".

However...
We live in a world where approximately 4000 gods are worshipped by various cultures. Many of those holding polytheistic beliefs have become American citizens and part of the fabric of our multi-cultural society. As such, and as a matter of constitutional law, they shouldn't have to contend with a government that favors a religious philosophy contrary to their own and intimidates those who do not adhere to the accepted system which mixes church and state in its definition of patriotism.
Having "In God We Trust" on our currency and government buildings, etc. implies a state-imposed religious imperative to believe in a monotheistic god. Having "In Gods We Trust" would be much more representative of today's America as well as taking the focus off those of us who do not accept the idea of having a "Heavenly Father" watching over and supervising America.

A god is just an idea open to debate.
Until it is scientifically proven, belief in such should not be a primary consideration in the governance of citizens or a necessary qualification of candidates for office.

I don't trust anyone.

"In God We Trust. I don't believe it would sound any better if it were true." - Mark Twain

"" I distrust those people who know so well what God wants them to do because I notice it always coincides with their own desires.""

Well, there are certain elements of this society who want that god to be their version of one--and that is the problem. As for me, I will follow the lead of our founders and trust in our reason and not some nebulous deity.

"In God We Trust" Who are We ? Certainly not I

And in Australia also

Didn't know that one

I had seen a documentary on the god helmet, interesting the poison people spew out of their mouth when low amperage electricity is volted through their skull and into their brain. My best guess at that one was a large amount of dopamine would be released causing ergot like results.

I used to think of JC Superstar from the musical.

You can include a link to this post in your posts and comments by including the text q:13462
Agnostic does not evaluate or guarantee the accuracy of any content. Read full disclaimer.