So what are your plans for Labor Day?

Having friends over to swim and grill. 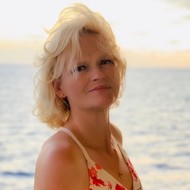 Participate in a 5K run.

I have family in town and I'm picking up a new/used ride, so we'll drive around some. May get.ligjt up the fire pit and have cold beer on hand 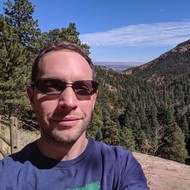 Same as every other day.

Head back to my parents farm and do 2 solid days of heavy farm tasks, the stuff my 88 year old father can no longer do.

I'm going to an art festival and a BBQ.

I love art. Post pictures of anything you buy!

To stay off the highway

Now I have Billy Idol's "Blue Highway" in my head when I should have ACDC's "Highway to Hell" in my head.

Ancient history . I had recently moved to a new spot within the agency I was working for . I was pregnant and due in mid October , but worked overtime Labor Day , one year . Suddenly some international crisis happened . I was tearing six ply copies with carbon paper between , from the computers like mad , and sorting them into the assorted stacked inboxes , while the computers were setting off all kinds of emergency bells . This went on for hours . Finally I gave up trying to get all the carbon paper and other trash in the burn bags , just left most of the trash build up all over the floor . Eventually , things calmed down and I got to go home , for the evening . The next morning , by the time I got in to work , the others had stacked the bags I had filled on some kind of carts , and were nearly finished bagging the sea of carbon paper and other trash in bags to clear up the mail room floor . Then they told me what had gone on in the world , and that I should have called someone to help me . I hadn't had a number or known who to call , or even what to tell them .

I don't know if you're razzing me from all of my anti-childbirthism, but that was funny.

Weekend away at an annual reunion with chosen family. They used to be "our" chosen family, but after the ugly break-up of our marriage, the family chose me. 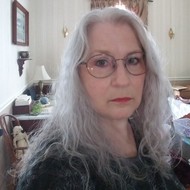 I have no idea yet.

Spontaneity could be good...

There's no Labor Day in Thailand, but I plan to do what I always do..hike, do birdwatching, watch Netflix series, read Kindle books, walk to the Songkhla Tesco-Lotus mall, five blocks away, to get an ice cream cone.

Oooo..Netflix.. Isn't the latest Orange is the New Black, Black Mirror, and Ozark on that? Let me know what else I need to catch up on.

@UrsiMajor Sorry..I don't like crime stuff unless there's something else interesting, like brilliance, a secret skills twist to the protagonist, and especially, humor. I tried to watch those shows, but quickly became tired of the violence.

You can include a link to this post in your posts and comments by including the text q:166820
Agnostic does not evaluate or guarantee the accuracy of any content. Read full disclaimer.