Feeling more connected with the people on this site than I do with people I have known most of my life.

I agree with you, it is fascinating to be able to converse with like minded people at length.

Welcome to our little dysfunctional family, may you find fun and happiness. Just be yourself.

@Shelton Is the only game in town.

It's hard to form bonds with people who believe in crazy superstitions, and put down the very people who are being rational. I'm not sure if that has been your experience, but it sure has been mine.

Me too. I think it's easier to relate to people who don't judge you as being "evil" or misguided because you don't believe what they believe. 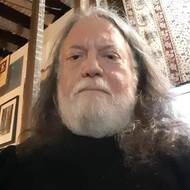 isn't that the truth, would like to take most people on this site out for coffee or a beer

So have I. I’m glad I stumbled across this site.

@Shelton I rarely go onto facebook groups, The only reason I do is to get a feel for what is on peoples minds. To me its kind of a drive by culture. Take a pop shot at something and just keep moving....

I agree, I was on MSNBC blogs during the campaign and it was difficult to get a point across. The trolls and nasty ass comments made it a chore. this site is wonderful as it allows us to present a thought and actually have it thought about.

I agree. It's so refreshing and liberating to totally be myself.

It's good to be allowed to think, Shelton.

To be among people who aren't afraid to ask questions for fear of offending the non-existant.

yes, i feel the same. welcome to our new community

This has been a great place with good people, away from all the religious brainwashing

@Shelton, I thought you'd like it here. I'm happy you have found the connection so many of us have found.

Welcome to the site!

So refreshing when minds meet , isn't it !?

I will chime in too. Welcome Shelton! I have found this to be a warm, welcoming community where for the most part judgement is withheld and we can discuss everything and anything.

Turning loose of your parent's belief system is a struggle but you can win. I was raised in the Episcopal church and lost interest before I reached my teens. I am surrounded by people that are ardent about their religion, but happy to report, they don't push it on me. If they did, I would walk away.

I know the feeling my friend.
Hell, because I am the way that I am and saw past the religious bullshit, I lost just about all of my family. I became the "black sheep" because I refused to buy into their bullshit.
When the last of my immediate family passed away. (My father) Not a single one of those "Holier than thou" assholes even reached out to me. Instead they went to his wife and claimed all of his shit while I was hundreds of miles away. (I live in a different state)
This was 4 years ago and to this day, not a single one of them try to reach out to me.
I find it hilarious more than anything now.

So yeah, sometimes... A lot of times it's easier to connect with people you don't know than it is with people that you've known for most of your life.

I would have to agree.. when religion has alienated some of us from family and so called friends, it is refreshing to have this site where we can share things, hopefully not be judged in the process and also learn a few things as well. What more can you ask for other than maybe, just maybe, meet someone that you can take to the next level if all falls into place.

Greetings Shelton I look forward to your contributions.

I am really glad I found this site ! In my real life religion is a subject best tiptoed around with friends and family. Here we can speak honestly about our thoughts !

You can include a link to this post in your posts and comments by including the text q:18907
Agnostic does not evaluate or guarantee the accuracy of any content. Read full disclaimer.