I'm watching Lorena Bobbitt. I still think she did the right thing. I think more women should do what she did.
Might make some guys think twice before they decide to be assholes.

I have no idea what Lorena Bobbitt did or who she is. Apparently, a well-known TV star (I have no cable nor satellite TV-subscription) that strengthened the position of women. I favor that, if it's done in the right way (because women can also be assholes).

Yeah, you might want to google her, or look her up on Wikipedia.
She wasn't a tv star, or any kind of celebrity. She was a woman who snapped and took extreme measures against her abusive husband,
25 years ago.

@KKGator Thanks, I remember the story now. Too bad she did not put it in the meat mincer. Was she on TV lately?

@Gert Yes, she was on tv yesterday. I also agree with you. However, she wasn't in her right mind when she did it. Running it through a meat grinder would have been excessive, and probably would have damaged her defense in court.

@KKGator Maybe. If she had been able to do it immediately, she probably would have gotten away with it, as part of her excessive action of cutting it off. She also could have flushed it through the toilet. I wonder if they could have reattached it than.

@Gert LOL I remembered thinking, at the time, that it was too bad some dogs hadn't gotten hold of it.

@KKGator Hahaha! Sure it had given a good result. Putting it in front of a weel of her car and drove over it would have been a good option too, but would be too conscious an act for her trial

There is a reason or more she did that . Not everyone is able to escape abuse especially if your abuser is the one that provides your roof / food / deodorant . We have seen this a million x and I am not sorry for his penis . He had it coming . In a perfect world she will had support , resources , and mental stability to tell that MF goodbye long b4 that type of incident . She didn't . That's the tragedy . Not his penis . That's the tragedy in any abusive relationship . I know men who get beaten up regurarly physically and emotionally by bitches and horrible women . If any of them lose their shit one day or night and result to something similar , I will be standing by them too . I don't advocate violence . But if it happens , I will most likely like to know y.
10 yrs ago in a state other than my current residence , one night the trauma cats brought in a 50 yr old grandad w multiple knife wounds and his left eye hanging . Earlier that day he was left to baby sit his 7 yr old grand daughter . Raped her and then sat to watch tv while instructed the child to stay quiet in her room . As the father , his own son , made it home , the rest is for r judgment system to decide right ? The child is traumatized for life . The motherfucker got less than 5 yrs and served most in hospitals and nice facilities . The father got charged w all type of assault crimes . I will like to mention : there is no way in hell this will had happen in my child if I ha one , and there will had be alive humans to tell the story . One eye won't do for me . So u can say , I advocate violence . Don't give a s what anyone might say . This guy will had be dead and don't care if it was my father .
Everything in context . 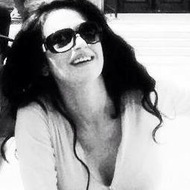 I don't "advocate" violence. But I am no pacifist either. Our society stands on so much violence, it will be .. inaccurate to say that "violence is never an answer."

Having said that, there is a difference between what we personally might feel and what we should base our social policies on. For example, if someone hurts my child, I would want nothing less than prolonged pain for that MFer that eventually results in death. I would understand how any parent might feel that way. But that does not mean I support that highly charged emotional reaction as a basis for the social policy, nor criminal law. I am weary of vigilante justice.

While we can understand and sympathize with LB's situation and her actions (and I think it is important for us to do that), I wouldn't advocate her "solution" to be adopted society-wide.

Do you remember the Farrah Fawcett movie where she set her abuser's bed on fire with him in it? Oh yeah....there's a reason why hell hath no fury like a woman (not just scorned). I'm a very peace loving woman but there are a couple of button you don't wanna push, you know?

Not disagreeing, but there are quite a few women assholes as well.

Not saying there aren't.

It's too bad all anyone seems to remember about that case is that he might have cheated and she must have been crazy. He was an abusive fuck and she was traumatized. If it was easier to get out of abusive relationships or rape victims were taken seriously maybe it wouldn't have escalated to that. Still nobody gives a damn about what she went through... just his dick.

It was almost the 20th century when women were no longer chattel (property) of their husband. Women may have laws to protect them now, however in some cases are still battling to not be seen as inferior. Women initiating violence against a partner are rare compared to men, most instances involve women that were abused and/or self defense. Men that treat women well have nothing to fear. 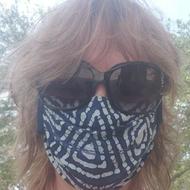 Well, I think there might be a better way to empowering women than an assault with a deadly weapon. Granted they may not be as fun.

Well...a blow job is DEFINITELY "out of the question". 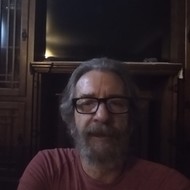 Actually, he got it reattached and was fully functional after that; if you're referencing John.

Any woman that would do that ought to be put in prison for a long time.

Why? She had been victimized for years by a violent abuser.
Men are funny. Threaten their genitalia and they get all emotional.

What a bunch of hypocrites y'all are.

@mzbehavin Tomato, tomahto.
I think she did the right thing, for the right reasons.

@Condor5 Whatever. I do not agree. Rapists should be castrated, and domestic abusers should get the same treatment.

@KKGator And women that falsly accuse a man of rape should get the same prison sentence as much as would the man had got if he did rape.
I see that only fair.

@TristanNuvo At last!!!
A man has brought up the false accusation "argument".

@Condor5 women who leave are subject to financial sanction, retaliation, are more likely to be killed and generally either aren't believed by cops or thefts nothing cops can do about it. Knowing all this, extreme measures aren't exactly unlikely.

@CommonHuman so, they should just stay and suffer until they feel compelled to sever a penis? Or allow themselves to be murdered?

@KKGator Wasn't an argument, just stating something I strongly believe.
Just as you stated something you believe.

That is sick shit. If a man cut off a womans breast for cheating, your fucking head would explode. If getting cheated on is the worst thing that ever happens to you, you have led a charmed life. If someone cheats on you, you leave. It is that fucking easy. I have been cheated on, and it ain't even in my top ten of bad things that has happened to me in my life. If you believe that is justifiable, you are one sick fuck.

@HomeAloneSunday He said she said. Call the cops. If you think it is justifiable, you are also one sick fuck.

This was never about "cheating". No one ever said anything about cheating.
Her husband was an abusive asshole, both physically and sexually. She snapped.
You can think whatever you want about me, I really don't care.
I didn't say jack about cheating. I was talking about violent, abusive assholes. Way to jump to conclusions based on poor reading comprehension.

I think if there were more severe consequences to rape and domestic abuse, there would be less of it.

@HomeAloneSunday "Her former husband, John Wayne Bobbitt, denied the abuse in court and eventually was found not guilty of marital sexual assault."

According to the law, her allegations didn't hold up.

@Condor5 LOL
Yeah, okay. Hide behind that.
She was acquitted, too.
Nice double standard you have going there.

@HomeAloneSunday Don't go!!! I appreciate your perspectives on things. Even if they don't agree with mine.

@KKGator If someone is abusive you fucking leave. I did. I didn't hit her, and I didn't cut off body parts. I fucking left. I read your shit all the time. Your are without a doubt the angriest person on this site. If I were that fucking miserable I would take myself out.

@HomeAloneSunday Not a chance in hell.

@KKGator bullshit. No excuse for doing what she did. If a man is found guilty of rape, he goes to prison, rightfully; so don't throw that "double standard" shit at me.

@KKGator, @HomeAloneSunday I don't give a damn what it was about, what she did was inexcusable.

@HomeAloneSunday Apparently, so am I.
LOL
Good thing I don't give a shit.

@Sticks48
I'm not miserable, like at all.
Your opinions are your own.
Thank you for reading my comments.

@HomeAloneSunday I didn't say you were wrong. I was wrong about the circumstances. I was not wrong that she was wrong in her actions. Stay or go. You are just one of 50,000 strangers on here, as am I.

@HomeAloneSunday I'm not sticking up for anybody. I am a totally non violent person. If she was taking abuse over a long period of time, get the fuck out. If he did assault her, and she had stabbed him in the process, fine. If not call the cops. What she did was not self-defence. It was revenge. Not legal. If somebody starts a fight with me, and I stab him and maybe kill him, that is self-defence. If I wait till he walks out later and hit him with my car, that is murder. I was going to message you and apologize, because I felt bad about this, but I don't really care now.

@HomeAloneSunday I don't think anything of you. I don't know you and after this load of shit, I don't want to. GEEZ!

@HomeAloneSunday That doesn't mean I know you or anybody else here. I kind of know two people here because we have spent several hours on the phone. The other 49,998 of you, no clue. People can be whom ever they want to be on here. This is primarily a place of amusement for me, as it probably is for most folks here.

You can include a link to this post in your posts and comments by including the text q:287659
Agnostic does not evaluate or guarantee the accuracy of any content. Read full disclaimer.