.
Do you think the Bible would proscribe a monetary punishment for the killing of a human being? The Bible does not even deem the act of wrongfully causing a miscarriage as criminal. It’s obvious that based on a literal reading of this passage, the Bible does not view a fetus as a full human life or abortion as murder.
Then there is Genesis 2:7 in which God does not declare Adam to be a living being until after he breathes the breath of life. A fetus does not breathe the breath of life.
Furthermore, you can scour the Bible with a fine-toothed comb, yet you will not find any passage that describes a prohibition or penalty for a woman who chooses to terminate her pregnancy. Not a single verse yet the anti-abortion movement continues to declare, in the name of God, that abortion is murder. It seems that God left out the prohibition of abortion or perhaps does not consider a fetus a full human life. Why consider abortion to be murder when God does not, according to the Bible?

Abortion is legal in Canada because the fetus isnot considered human intil it is born. That being said access to abortion is severely limited after 20 weeks unless there is a real medical emergency or reason.

Because most religions are really a way to control people. Especially women.

Most of the anti-abortion people I find greatly annoying and outrageous. I have heard them say "If women want to be sluts, they deserve to be punished with childbirth." Or this one "I would rather see abused children than allow women to abort them." Or this one "There is no such thing as child abuse. That is a lie told by the liberal media." These folks are head cases.

God, sitting on a cloud with a big red button and a big green button, watching people having sex. Pressing the green button if he wants to bless that sex with pregnancy, and the red button if he doesn't. And given that the big fella decided to press green (even if it's a 12 year old girl being raped by her father) nobody has the right to reverse that decision and make it red.

People don't realize how young this doctrine is:

It was invented out of whole cloth in the 1980s to assist with the unholy marriage of Christian fundamentalism and right wing politics.

There is a verse wherein the Big Dude on Cloud Nine recommends, no, commands an abortion. The Hot Shot on High even invents the procedure to be followed. Now, there is some nuance, but what this scripture says is that an unfaithful wife can be accused, tried, and convicted without any other foundation than suspicion on the husband's part and that she will suffer an abortion and be sterile for the remainder of her life based on her husband's word. Obviously, Mr. Miraculous has a great deal of respect for women. Oh, the scripture is Numbers 5:11-31.

As far as I know there is no place in the bible, beginning to end, that speaks to abortion in such a way as to prohibit it, and there are several places where the notion that anything contained in the womb is not considered a human life. That only occurs upon taking several breaths of 'life' and not before. Nowhere in the bible is that idea refuted without taking liberal license with what the born agains have become expert at -- gross interpretation based on modern thinking.

Probably because they've been told "it's wrong".

If I remember correctly, there is a passage in the bible that capitally punishes a man for ejaculating outside of a woman.

It's usually white men that spearhead this kind of thing. It's been going on since time immemorial. 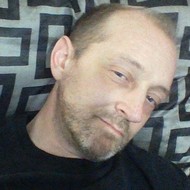 I think it is somply a way to distract the gullible. What happened to the seven deadly sins, and the idea of a rich man going to heaven is like the proverbial camel and the needle eye? What happened to love thy neighbor? What happened to those that lived by the sword dying by the sword or render unti Ceasar and on and on. The old beliefs are gone and now it is blame those that are different. If one is gullible in the first place one can be manipulated. The wealthy want us to be distracted by other things so that they don't look at the rich and powerful ones giving the message. It is about control pure an simple and those being controled may be simple but they are certaintly not pure.

everyone interested in this topic should read Numbers chapter 5. You all tell me if that chapter does or does not describe a chemical abortion for an extramarital pregnancy.

Why you quote the Bible at us?

It was never about concern for the unborn, but about creating a wedge issue that could be used by devious politicians to coerce the faithful into voting them into power. If concern for babies was the priority the same politicians who fight against abortion wouldn't be fighting against children's access to affordable healthcare.

It seems they contradict themselves in numerous ways when it comes to actual policy and actions they contribute to.

I believe the history is that abortion wasn't banned until the industrial revolution. When factories needed more labor and governments could equip larger militaries, it became a sin and a crime to deny them manpower.

As far as I am concerned, male legislators ought to have no say in women's family planning decisions.

Because it all comes down to control. Educated,prosperous women who can plan their families are more difficult to control.

and can even obtain an abortion if needed.

They cherry-pick what suits them. Just further example of their abject hypocrisy.
They have no credibility. Not a single one of them.

You can include a link to this post in your posts and comments by including the text q:34137
Agnostic does not evaluate or guarantee the accuracy of any content. Read full disclaimer.