Adventures in wine and wasps.

Yesterday I got a couple cheap bottles of wine at the dollar general across state lines in VA. Almost all gas stations, grocery stores and markets on my side of Tennessee have a church within a mile of them and aren’t allowed to sell beer, wine or booze of any kind. There’s 2 or 3 gas stations within 15 minutes of me that can, fucking ridiculous, but I digress.

I figured surely these 4 dollar bottles would have screw tops. I got home and found I was mistaken. I would have thought I could find a corkscrew somewhere in a pinch, but my nice modern Swiss Army knife no longer has that amongst its tools, and couldn’t find the multi tool bottle opener my grandmother had in this inherited kitchen stuff.

I had never usually been a wine drinker so I hadn’t anticipated this problem. I would have just gone and bought one, but my mom has been borrowing my car to get to work in the evenings after some engine trouble of her own. I was stuck. I learned a lot about the alternate ways to open a bottle, and figured out some of what they don’t tell you in these lifehack videos and infographics.

You may have heard you can put a bottle in a shoe and slap it against the wall to pop the cork out. Let me tell you, it’s not as easy as they make it look, but one thing that I never heard mentioned that is ESSENTIAL to know before doing it: you’ve gotta have a hard soled shoe! If you use a rubber tennis shoe it had better be something thin like converse. You don’t want too much shock absorption or it won’t work. I spent way too long putting my back into it with the wrong kind of shoe, d’oh! Turns out a book or a couple layers of towels would work just as well. You want it to hit the wall harder than you’d think.

You’ve also gotta make sure you slap it evenly so the whole bottom of the bottle touches down at once, otherwise you risk breaking the bottle. But if you get a good straight tamp on it there’s not much to worry about. Still, be firm but careful!

So when that didn’t work I also tried screwing a wood screw into the cork. This may or may not work better with real cork, but with synthetic, it definitely just strips out the hole in the cork if you try to pull it out with pliers. Maybe if you have a wood screw with super deep threads it’s more plausible. If I were to try it again, I’d use the claw end of a hammer and find a fulcrum to try to pull the screw out.

You can also use a spoon with a relatively square handle end, or a car key, and push it into the cork from the side at a 45 degree angle. Then twist the neck of the bottle while putting upward pressure on the tool in your cork. After failing at the first two methods this was my last hope before dismantling the cork with a drill and straining the bits from the wine. Thankfully that wasn’t necessary, although I didn’t manage to pull the cork out so much as I pushed it in. “Whatever” I thought, I just want some booze.

In the process of trying the shoe method, I had gone outside to try a sturdier wall on the outside of the house and was suddenly attacked by a black blur, buzzing into my neck. I felt a pinch and then an incredible sting. Turns out hornets can bite and sting at the same time, and I had just walked under a massive, angry, freshly built, buzzing nest of them that had sprung up under the eave of my roof.

Sometimes, when you can’t just have a damn drink in peace and wind up going ass to mouth with a hornet, you’ve just gotta push your cork in, drink your dollar store wine from a country time lemonade container and have a long, hard look at the decisions you’ve made in life that led you here.

The hornets have been dealt with and now I’m just a little more prepared for an emergency wine bottle opening attempt. I think I’ll remember to buy a corkscrew next time I have wine.

This is the point where any good Southern woman would say, "Well, bless your heart", and really mean it.

I admire your persistence in getting your cheap buzz on

Next time you get stung by a bee or wasp, try some bleach on it - it quickly ends the pain!

Growing up in the south we always used chewing tobacco. Neutralizes the poison and I’m sure the stimulant helps with the pain some too.

Wood drill - just drill the cork out and insert a straw.

Too funny. Thanks for the laugh this morning! ( i would have just destroyed the cork and strained the wine) 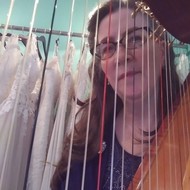 Ergo the old Warthog's motto: we shall drink no wine until it's strained.

I have emergency cork screws I both my cars, four in the kitchen and one in the basement where I keep my wine and beer. You can’t have too many cork screws. Last year I saved a graduation party with my spare corkscrew in my car. Best graduation gift ever.

I never was a wine drinker I can understand your pain bourbon always came with screw tops or corks that cleared the end of the bottle.

So practical, that bourbon...

I'm a wine drinker but have always been prepared with an array of bottle openers. Funny story! Thanks for the laugh and I'm glad you're okay!

That’s what happens when you buy cheep wine.

This is why you should stick to hard liquor.

The screw method had always worked for me. I use a long one and go deep. Preferably a woodchip or drywall screw. Pliers are all that should be needed henceforth.
Most wines are now either screw top or real cork. Wine connoisseurs have argued about this over many a glass. The old school maintains that a cork allows the wine to breathe slightly. The other side says that the convenience and saving of wasted wine due to corking outweigh the benefits but one conclusion is unanimous. That a plastic "cork" serves neither purpose

Rough night! Sorry about the wasp sting - good story though! 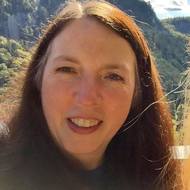 Ha, ha, ha. Been there, done all kinds of things including using a diamond saw blade to cut off the neck. That did not work, either. I ran out of steam. And because i can recognize a losing battle when I'm involved in one, I gave up until the next day. Bought a fancy corkscrew with wings. Works every time.

wonderful story...full of imagery and a comedy of errors...ha ha

In case you need to know...a paint can opener works well on corks and beer bottle tops...

I'm so sorry, that sucks. Glad you finally found your way to a buzz, though.

After the day I had, I'm thinking about cracking a beer... Or five.

An epic tale of perseverance in the face of adversity! 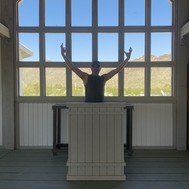 I once accidentally shot myself in the eye with one of those plastic corks. Boy that hurt!

LOL... I don't know about anyone else but after that... I need a drink!

You can include a link to this post in your posts and comments by including the text q:359753
Agnostic does not evaluate or guarantee the accuracy of any content. Read full disclaimer.