My favorite writers from first reading library books on my own were Antoine De St Exupery (The Little Prince) and Poe. I thought this quote was really mind blowing of Poe and I like it a lot. I like most of what he writes but I've never seen this:
"The boundaries which divide life from death are at best shadowy and vague. Who shall say where the one ends and where the other begins?"
What are your thoughts on the sentences of his? To me they are loaded with ideas and is a simple free thought. He was a complicated person for sure, too ahead of his time.

Life and death are one string.

When I discovered The Little Prince, I loved the author and my high school English class gave us an assignment to read more than 3 books of our favorite author. I had no idea Exupery wrote more than one book. He wrote a few.
He was a mail carrier who flew a small plane over deserts to get the mail delivered. And He joined the service and flew for the French Airforce when he disappeared over the Mediterranean on July 31, 1944. HIs Little Prince could very well have been a projection of his own life and death.

Poe was a skillful writer who probed into the dark recesses of the human mind. I enjoyed his work, as well. I also enjoyed how skillfully Hermann Hesse probed the human psyche. Someone else who does it well, in a different context is John La Carre.

My mother was. a teacher so at home it was always learning one damn thing after another. One day she said I'll give you a penny for each line of a poem you memorize. Of course I decide to make her sorry and begin memorizing The Raven. I probably got about 5 stanzas and a penny is just about WORTHLESS for all the work it took me

If only you knew about "One Word Poems" back then, ...you would be rich.

"The boundaries which divide life from death are at best shadowy and vague. Who shall say where the one ends and where the other begins?"

Of course the answer is that it is death that will have the final say.

Some of my favorite Poe quotes:

“Men have called me mad; but the question is not yet settled, whether madness is or is not the loftiest intelligence– whether much that is glorious– whether all that is profound– does not spring from disease of thought– from moods of mind exalted at the expense of the general intellect.”
― Edgar Allan Poe, Complete Tales and Poems

laughing at the 2nd one--so true!

'Dream Within A Dream' is Poe at his best:
I stand amidst the roar
Of a surf-tormented shore
And I hold within my hands
Grains of golden sand.
Oh god can I not grasp
Them with a tighter clasp?
Cannot I not save
ONE from the pitiless wave?
Is everything we see or seem
But a dream within a dream?


All of life's experiences are like those grains of sand. A better description cannot be found of our torment knowing once gone, they're gone forever.

Yes I used to have that taped over my desk when I worked at a newspaper.

@K9Kohle789 The best prose ever is the Desiderata. I always have a copy taped, stapled, or pinned nearby somewhere.

@Storm1752 Now I have a Rilke version of her panther poem. Trouble is so many different translations.
I have a different one than this.
The Panther
His vision, from the constantly passing bars,
has grown so weary that it cannot hold
anything else. It seems to him there are
a thousand bars; and behind the bars, no world.

As he paces in cramped circles, over and over,
the movement of his powerful soft strides
is like a ritual dance around a center
in which a mighty will stands paralyzed.

Only at times, the curtain of the pupils
lifts, quietly--. An image enters in,
rushes down through the tensed, arrested muscles,
plunges into the heart and is gone.

"Who shall say where the one ends and where the other begins?" That to me means that every breath we take, every choice we make, hinges between life and death, so make the most of it, since we don't know how long we have.

He was a good writer I'll give you that but as far as the sentence goes, I prefer, you are about to experience the awe and mystery that reaches from the inner mind to the outer limits. Always sounds better with an oscilloscope in the background to look at though.

My thoughts on that quote is that he came up with it to justify a lot of his work. To me, there is nothing either visionary or complicated in Poe. He was a successful author who promoted himself and his work well. As to the quote, I call bullshit on it. More promotional in nature than truthful. Death is a part of life in which you cease to exist. Nothing vague about that, you live and then you die. Period. The only mindblowing thing about death is if you yourself used a gun to end it. Otherwise, it is just a natural part of any life. As simple as that.

From what I've read he died a pauper also an alcoholic with syphilis. "On his way there, Walker found a man, lying in the gutter, confused, bedraggled, and under the influence of some type of intoxicant." Poe spent four days chased by delirium, frightening hallucinations and incoherence, as he made repeated calls for someone named “Reynolds.”
[pbs.org]

@K9Kohle789 he was very prolific and successful most of his life, his death was sad, and his success augmented after death as happens with great artists.

@Mofo1953 Yes if he hadn't died his popularity wouldn't have been what it is today. They said in that article he invented the detective/muders.

@K9Kohle789 WHAT?! I have never heard this story before, about his death. It is really something to learn and quiet an unexpected piece of history to learn about, the "cooping" that occurred in Baltimore. Never heard of this before. They need to figure out how he died. Additionally, this tie in with Conan Doyle, “a very inferior fellow”, what a thing to say!

Life has both a beginning and an end but does death really have either? Death is entirely accounted for as life's end. It isn't sufficiently anything in its own right to allow us to speak of its beginning, and unless you hold certain theological commitments few of us would allow that it has anything like an end. Life has a beginning, middle and end. What does death have? Nothing. It is just what we call life's final act.

Personally I prefer e.e. cummings and he certainly has plenty to say about death but mostly about life. This one is called "life is more true than reason will deceive":

life is more true than reason will deceive
(more secret or than madness did reveal)
deeper is life than lose:higher than have
–but beauty is more each than living’s all

or does some littler bird than eyes can learn
look up to silence and completely sing?
futures are obsolete: pasts are unborn
(here less than nothing’s more than everything)

death,as men call him, ends what they call men
-but beauty is more now than dying’s when

I think he meant some depressed people are like the dead, so it's indistinguishable. Sadness and loneliness can bring people closer to death. You've lost your parental family, lose your own wife and kids in accident are you not mentally closer to death than life? That all happened to him.

Awesome! Sadly I must admit that I did not read any of Poe. Bucket list!! 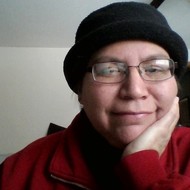 In my preteen years I became a Pearl Buck fan. I remember nothing of what I read then. It sounds like it is time for me to revisit her.

"A Dream Within A Dream" is my favorite by Poe

Death is traditionally said to occur when the heart stops. But it can be said that it is really when the brain stops. People have been brought back to life either way. Maybe Poe was on to something.

Some very great writers delve into "expanded reality." Most, here, shun this idea. I was talking to a scientist who agrees with me that science is more open than they think. A real scientist knows there is a vast "unknown" and that which we think we know is always changing.

My mother taught me to ready with Dr Suess and Edgar Allen Poe.

Nice combo, I tale it she has a sense of humor?

@K9Kohle789. She loved to read and just shared what she loved. There was also a book of Greek mythology in the mix.

Poe lived a poor life but I just found this: "This versatile writer’s oeuvre includes short stories, poetry, a novel, a textbook, a book of scientific theory, and hundreds of essays and book reviews". Why have I never heard of his scientific book?
I love this...." But after only eight months at West Point Poe was thrown out." my kind of bad boy. [poemuseum.org]?

"Although the essay does not follow the scientific method and is riddled with errors, it does contain some unexpected successes, among which is the idea that the universe was generated from the explosion of a single primordial particle—an intuition of Poe that would anticipate the Big Bang theory by almost a century." [bbvaopenmind.com]

I agree. It is nice poetry but I find the statement to be a deepity. Read literally it is true but benign. While it is a hard scientific/philosophical problem to define the line between life and death, it is not at all hard to seperate the two groups, alive & dead without the chance of resuscitation. Only a very small amount of individuals ever come close to some middle ground. (Say, on a ventilator with zero brain activity.) Read another way it's good poetry in that it is evocative. But it is untrue. People do not slip back and forth through the "shadowy" veil, as it were.

You can include a link to this post in your posts and comments by including the text q:517543
Agnostic does not evaluate or guarantee the accuracy of any content. Read full disclaimer.