IMO, humans came up with the idea of a soul and a life after death when we started becoming aware of our short existabce, our coming deaths and even worse the loss and grief of our missing loved ones. A desperate grasping for something not possible. I think this quote almost covers the need and hopelessness of it.

"The idea of immortality, that like a sea has ebbed and flowed in the human heart, with its countless waves of hope and fear, beating against the shores and rocks of time and fate, was not born of any book, nor of any creed, nor of any religion. It was born of human affection, and it will continue to ebb and flow beneath the mists and clouds of doubt and darkness as long as love kisses the lips of death. It is the rainbow – Hope shining upon the tears of grief.”
~Robert G. Ingersoll

we form our ego at such a young age that i guess we more or less forget the process? Who remembers the day they first looked in a mirror and recognized their "self?" I guess that doesnt happen until somewhere around 18 months of age? Point being that it's likely our ego that seeks immortality; even though the Bible is quite plain on that subject, There is only One Immortal, etc 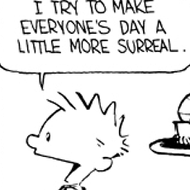 I think that humans conceived of an afterlife from dreams. Dreams were not understood by the ancients and when a dead person "came back" in a dream, it was "evidence" that the person was still alive . . . somewhere. This could have been before or after the concept of deity emerged.

The idea that humans created religion in response to death is not necessarily supported by the earliest recorded myths, though. The Sumerian afterlife was horrible--the souls drank dust and ate clay. In early Egypt, only the pharaoh, as a god in his own right, had an afterlife. Then, his immediate family could go; later, anyone who could afford to be embalmed could go. However, whether or not the soul continued to live in Tuat was not assured. The Egyptians feared oblivion more than a a hell, though later myths did have a concept of punishment.

That’s pretty close to what I believe. Just take it a step further. I think that religion had no power over people, so, for better control they had to add the carrot/stick. 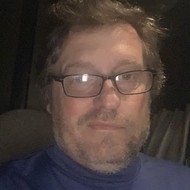 I have my own experiences that have convinced me in some way we continue on I don't know how or for how long or why but I believe that much. 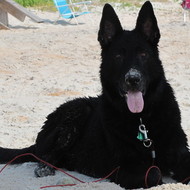 Why would we continue on? We can use our minds and make up what we each want it to be.

Yes, but as a free agent, I can choose to believe anything I want, if it makes me feel better, irrespective of the facts.
Add to that great evidence exists there is a continuation of the 'soul' beyond this one lifetime, then as an agnostic I have to keep an open mind.
Since there is no 'concrete' evidence to the contrary, I think that's a reasonable position.

Of course you can believe anything you want but it would be interesting to hear some of this evidence you mention.

@Moravian I was about to ask the same.

@Moravian The possibility of ghosts and reincarnation experiences tend to indicate something goes on but intelligence would be a stretch. Zen Buddhism believes in five koans that embed in body and lead to "mission" feelings.

@rainmanjr Wishfull thinking I'm afraid. All thoughts, memories, and emotions are created in and stored in the brain and when it dies and degrades they are gone forever.

@Moravian Well, researchers at the University of Virginia, I think it is, studied thousands of claimed reincarnations and found many of them very convincing to the point of being practically irrefutable.. All you have to do is Google it.
Edgar Cayce was a famous psychic, whose more than 25,000 'readings' were all transcribed and which are still studied today.
Authentic crop circles (not the fake ones) cannot be explained away
All of this and much more is easily discovered online.
But if you are a determined skeptic nothing will persuade you, I'm afraid.

@Storm1752 I think "sceptic" is putting it a bit mildly. Psychics are mostly charlatans who prey on bereaved people and "crop circles " ? Are you serious.?.
I don't know if you have had anyone close to you die from the effects of Alzheimers. I have. To see a confident,intelligent ,articulate person gradually deteriorate to a mere shell without the ability to comprehend or even speak and finally die because the brain can no longer control breathing is horrible.
To those who think there is some sort of afterlife I would suggest that it would be particularly cruel in a case like this or do they think there is a backup of memories in the "cloud"

@Moravian Like I said...
What this has to do with Alzheimers is beyond me.

@Storm1752 I thought it was obvious.The "soul" must have thoughts and memories of the original person or the whole thing is a bit pointless. Alzheimers destroys the memories of the sufferer leaving a pathetic shadow of the original person and you are suggesting that this is reincarnated or enters eternal life ?. Both sad and cruel to suggest such a thing.
Of course if I misunderstand what you mean by an afterlife please enlighten me,

@Moravian You could be retarded or crippled or a serial killer in one life (if reincarnation is being discussed as a potential reality) then be born into a completely different body and circumstances the next time.
I'm just going by what I've read about the research. Google it.

Combine it with being a Martian, even better

It will become perfectly clear...when a person reaches a ripe old age...like 80, that I am! Love takes on a meaning of survival...with no illusions!

You can include a link to this post in your posts and comments by including the text q:539178
Agnostic does not evaluate or guarantee the accuracy of any content. Read full disclaimer.