Does intelligence lead to atheism?

No. Critical thinking leads to atheism. Anyone can learn to think critically.

beat me to it

There is a tendency to be more intelligent, especially if you are one of the de-converted from religion. You have to be able to think outside the box so to speak if you grew up in a religious family. It's not guaranteed that you are intelligent just because you are atheist nor does it mean the you are stupid because you are religious. People can live with cognitive dissonance.

The Koran calls a mandate for higher learnings though certain sects are against it.
Had it not been for that we may not be where we are today.
Religion today is probably less religion and just more of a glee club of sorts where people can feel they belong to something as we gather here and do the same.

This would seem to suggest that being an atheist means one is also intelligent. This is not necessarily the case. I have met non-believers who are quite unintelligent; some who have arrived at their disbelief through irrational (and often unintelligent) conclusions.

There's certainly a correlation but there's also some very intelligent believers and not so smart atheists. Also not clear if there's causation here. Does religiosity impede intelligence, perhaps by providing a one size fits all answer for everything that can dull curiously, does intelligence impede religiosity through questioning of doctrine and the ability to find other answers. Or is there a third common cause (e.g. cultural) which affects both. Could be that multiple factors affecting this correlation.

Nah, I think that's painting with too broad a brush. There are people who are quite intelligent who believe in God or gods, though I think it's a blind spot for many. Although I think intelligence does help in shucking religion, it's by no means a forgone conclusion. I'll put it this way: There are myriad areas of intellect, so let's change one word in the question for another example. "Does intelligence lead to astrophysics?" For some, it certainly does. For others, absolutely not. Someone might be a brilliant wordsmith or psychologist or mechanical engineer, but that doesn't mean they have an aptitude for astrophysics, higher mathematics, etc. I think that's true for atheism, too, often relying on logic and an evidence-based rationale, with the added complication of breaking free of tradition, emotional attachment to faith, community pressure, family expectations, etc. It's an uphill battle for many people, and often not one they're effectively equipped to fight.

This guy's got the right idea.

I read an anecdote once about Einstein. I don't know if it's true but it was in a book. It goes like this:

Einstein was teaching a class for graduate students in physics and he asked for a show of hands for how many believed that the universe had a creator. No one raised their hand. Next he asked them, as a group, to estimate - of ALL of the knowledge that exists in the entire universe, what percent do we humans know. The students took a few minutes and came back with a figure of 5%, to which Einstein said that he personally thought it was quite a bit lower than that, but even if we humans did know 5% of all of the knowledge in the universe that that would not be enough to rule out the possibility of a creator, so therefore atheism was not logical, but agnosticism was.

And so I would conclude that intelligence leads to agnosticism, because an intelligent person must surely admit that there is just too much we don't know about the universe to rule out a creator. We might be a science experiment in a jar on some alien kid's dresser, or characters in some advanced simulation or game. We just don't have enough information to say what is out there.

“Give me a child until he is 7 and I will show you the man.” ― Aristotle, The Philosophy of Aristotle

I call this “the Jesuit Barrier.”

Something happens to the human brain between 6 and 8 years of age. Certain pathways become almost concretized. That is, they will prove to be nearly impossible to change. These pathways include the admonitions to never doubt certain ideas, including one’s faith. To never allow the rest of the brain to influence the barriers created to avoid all thought that may challenge the paths of stone. This is reinforced by doctrines that explicitly requiring the person fto avoid associating with anyone who may, in any way, challenge the doctrine; It becomes a self-reinforcing barrier.

The next step is a doctrine that expressly advocates the destruction of anything and anyone that may challenge the doctrine. “God is great. And if you do not think so, then you are not worthy of life. And I have an obligation to see to it.” This should be a very self-defeating doctrine. The spread of islam appears to suggest the contrary.

As with islam, If the barrier is pervasively reinforced in a society, the society will cease to progress toward the well-being of its members as its energies will be expended in self-defenses which will turn inward to become rampant auto-immune disease. (Rush Limbaugh is an example.)

Science is an instinct. Science is observation, hypothesis, testing, and repetition. It is demonstrated by children through the natural learning tools we call the arts.

Religion is the result of the exploration of the world using these innate tools by primitive man.
We seek truths to build upon. We seek to explain, and name, what we experience. Even labeling something as “unknown” is an explanation.

Such exploration can help to ameliorate the damage done by orthodoxy. But, for many there is only the compromise of conscious reinforcement of unconscious compartmentalization.

This link is to an article by a christian who is refuting Dawkins exploration of the idea of the evil of childhood indoctrination by religionists. Obviously an educated person defending his own indoctrination as being reasonable.

There is apparently a similar "barrier" in force with regard to the Congressional Republicans. Nevertheless I'm not sure I agree with this hypothesis. I was raised in a religious family and dragged to church and exposed to the doctrine since a very young age, and I am now an Agnostic. Some of us chose to leap this barrier.

@fishline79 Same here. Didn't break the chains until in my 30s. Insane amount of pressure from family to not question religious beliefs delayed coming out.

@fishline79 Not a choice. It just did not take with you.

I feel that's a bit like putting the cart before the horse.

There are various kinds of intelligence, but there does seem to be a correlation for atheism and high IQ. But is Atheism a glorious pinnacle of intellectual achievement? Once you have said those hallowed words, “I withhold belief in god or gods because there is no evidence and now the burden of proof is on you”, does that mean you have risen to the top and achieved the ultimate? In other words, is there anything beyond atheism?

There are many examples of very intelligent people who were deeply religious, including almost all the founders of modern physics. So the answer is no, not always.

I work with a lot of PhD Scientists and Chemists who are hardcore Xians and Mormons. It has to do with family upbringing and unwillingness to break away from tradition and the comfort of social groups.

Same. I have mormon friends that understand to forsake the church is to be forsaken by family, friends as well as the church. Socially held hostage.

You have to be intelligent enough to know that Man created God and have enough courage to accept that death is a part of life.

No, but I think being more educated, skeptical and inquisitive does.

Exactly. I know some very smart uber religious people. But when you're brainwashed at such a young age (and not inquisitive) it's really hard to be open to change. The really smart ones find the most clever justifications to alleviate their cognitive dissonance.

I think it makes it more probable, but there are so many different types of intelligences. Emotional, mathematic, artistic, interpersonal, leadership, booksmart kind of intelligence....etc. 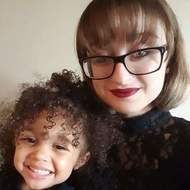 ...i agree,and life expierence gives us a glimpse
of others life's also....✌

Everyone is born an atheist, to return to atheism requires one to overcome brainwashing, conditioning and indoctrination.
To achieve this requires knowledge, intuition/instinct and a competing ideology

I think anyone who carefully examines the natural world, especially scientifically, is going to come to the conclusion that there is no Abrahamic God. That doesn’t even require a particularly high level of intelligence, merely a capacity for independent thought.

Nope. Look at the least intelligent atheists and they all think they're smarter than every theist solely based on their beliefs. They have no understanding that indoctrination can hit any of us.

Not necessarily ... But reflection does.

If one is lucky, it does.

I would say yes to personal atheism or agnosticism but not necessarily public atheism, in this time in society. Politicians, for example, may not truly believe, but it's best for their campaign to pretend to be believers.

No. Notice that there are a lot of intelligent religious folks and always have been. When our species finally buys into leading life with a bit more reason, we will see an acceleration of people moving toward not needing belief and absolutes. Critical thinking and reason lead to eliminating the need for the warm, fuzzy security blanket.

Atheists are rather rare because it takes a lot to become one: education, the ability to reason logically, and - very important ! - a brain that refuses to follow any plausible chain of associations, seeing pattern where there is only noise, seeing causality where there is only coincidence.

No: Reason leads to atheism.

You can include a link to this post in your posts and comments by including the text q:95078
Agnostic does not evaluate or guarantee the accuracy of any content. Read full disclaimer.