One of the greatest comedians of all time!

The Greatest. Have loved him for years. He used to come to NH to dry out years ago at Spofford Lake and met people who had known him.

One of the best

How true. He and Pryor at the top of the pyramid. 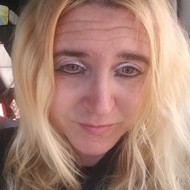 Loved this man ..he was way ahead of his time..totally awakened to the evils of religion

Carlin was great. I laughed at everything he said about religion. Believers hated him for it and one once told me he was a "horrible man" who was "rotting in hell." Just last night I talked on the phone with a 79 year old relative who is a believer. It upset her when I said there is nobody in hell right now. It's empty. When I proved this by scripture it upset her a bit more. The reason is it messes with their "soul belief." Theists of the Evangelical type have to instantly be in heaven or hell if they are not alive here on earth. It's so damned funny. Carlin could have done a good job with it.

BTW, thanks for the quote. I used to hear that on a morning show run by 2 DJ's in the Houston, Texas area years ago.

Dave Allen's comments were gunny? I don't remember him making any on the issue, but it's been a while and my memory stinks.

He was the man, love him

Carlin was a genius. I wish he were still alive. Trump would have given him lots of material to satire.

You can include a link to this post in your posts and comments by including the text q:99423
Agnostic does not evaluate or guarantee the accuracy of any content. Read full disclaimer.