Do you have to believe in God to be a fan of Satan?

I am on air personality at Dash Radio in LA think Pandora with live humans. My area of expertise is heavy metal in fact the heavier the better and over the years I have been covering metal it is abundantly clear to me the style of music I have made my career probably wouldn't exist if it wasn't for Christianity. I know there is no god and I card carrying athiest but it's so much fun to fuck with true believers by claminng to be a full on. devil worshipper. Is this morally wrong or am I just an asshole?

Lucifer is a friend of humanity. He is the reason we are sentient and able to understand the world around us. The "Fall" is when humans stopped being hunters and gatherers and starting developing agriculture and civilization. We call it progress. God wanted us to be ignorant and live like the rest of the beasts in nature, by instinct alone, with no rational thought.

This is not unlike the story of Prometheus who gave us fire which in turn allowed us to develop more advanced technology and enter the agricultural revolution. Zeus punished Prometheus for giving this amazing gift to humans. Zeus also wanted us to live in ignorance and live as hunters and gatherers. He was afraid of humanity rising up and taking Mt. Olympus for themselves.

So there is nothing really "evil" about Lucifer. He was kicked out of heaven for defending humanity and our many imperfections. The hatred all comes from Christian doctrine. Christians cannot really grasp this because they've been hearing "Devil bad" over and over their whole lives.

If Atheism had a deity, it would be Satan, since he represents reality, being rational, and living on earth instead of up in the clouds. If you pray, Satan might actually care whereas God would not.

I know this might be unpopular and plays into many religious arguments against atheism. Many Christians like to think of atheists of devil worshipers which, of course, we know is ridiculous.

If you really want to mess with believers, study world religions, and use their own "Word" against them. Christians love to cherry pick the Bible and atheists can play that game too.

Thanks man. Well almost all the Christian Holidays we're something before the dude walked on water. You could almost say that whole section is cherry picked. I haven't got the patience to study other religions. I'll just continue to wear my "Remember Kids Satan Loves You" t-shirt. Which based on what you said above is true!!!

No, any old god of enlightenment will do.

Satan, Lucifer, Hades...all had historical predecessors, many one way or another for illuminating or educating humankind.

I tend to be a fan of Hades, who taught Demeter (Zues' hisselfs ol' lady) the joys and sorrows, hence the summers and winters, of losing her greatest love, her daughter Persephone, in an...ummm...arranged marriage with a biannual visitation rights agreement.

Anyway, you get my point...beware thee the fruit of the tree of knowledge though! That stuff will kill ya!!!

OH, and your original question...I love heavy metal, especially female fronted symphonic (Delain, Amaranthe, In This Moment, etc, etc) and emulate them to a degree in my act. So are you an asshole? I just met you and we're cool so far.

Awesome! Being based in Hollywood I've seen In This Moment" a few times dig their early stuff. \m/

"Is this morally wrong or am I just an asshole?"

You're wanting an honest opinion, right? If you're not truly a devil worshiper but you're saying so specifically in order to offend, irritate, or shock a believer...then yes, that's kind of a dick move. You know that already, and that's why you do it. S'ok.

Someone already stated my answer to the God thus Satan question: they're part of the same mythos, so if you're intending to go full story canon you'd have to believe in both. But then that contingency smacks pretty hollow when it comes to belief, doesn't it? It's a story, so we're fully within our right to take the bits we like and discard the bits we don't.

Turn me on to your channel/radio. I'm a huge metal fan.

I am on a station called Los Anarchy it's part of Dash Radio basically it's Pandora with real DJ's you can the app for Android or iPhone. I am usually live every Saturday but not tomorrow first big shoe of the year is in DTLA

Yea, sometimes Satan kills people. In fact, when you go in and total all the deaths in the bible, Satan has killed 10. God? Well, he's killed over 2 million, not including the flood. So I guess Satan plays the bad guy once in a while.

Go check out The Satanic Temple, a non-theistic Satanic religion...[thesatanictemple.com]
Here's a link to their Seven Tenets....very reasonable. Confused Yogi's comments are spot on....Lucifer is a scapegoat for the authoritarian xtian theocrats. Every person labeled "evil" is just a human with a brain (and DNA, and upbringing) that works differently from "the Norm." [Yes some people have brains that should not be allowed to roam freely.] Anyway...look up TST's Pink Mass...now THAT'S fucking with xtians!

LaVeyan Satanists don't believe in a literal Devil. They believe in the Devil as a symbol of freedom of choice.

I think it is funny when my believing friends talk about how there are demons taking over people. Yes, educated people tell me that the reason someone is depraved is because they are possessed. They are terrified of Lucifer, Satan or the devil and his minions. Yet, they have no problem with a god who never appears and who through his "holy" scripture condones slavery, rape and other atrocities given special circumstances.
So, in my opinion, fuck with them!! It is not immoral it is ornery. Lol They would use their faith and religion to quiet you if it was allowed. 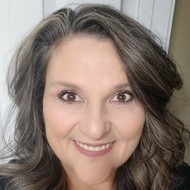 In ‘their book,’ it doesn't appear you can have one without the other … and if you actually ‘believe’ a ‘devil’ exists, I’d say you’re halfway off your rocker

Seems there’s a lot of quasi religious realms, existing of folks unable to entirely shake the concept of ‘something supernatural’ calling the shots in their chaotic lives… I’ve friends like that, but don’t play into it ...I just smile

trolling people is always a bit of an asshole thing to do, but we all do it to one extent so I am not sure where the line is between asshole and normal person. If I had to guess you enter asshole territory when you attack unprovoked or when people stop laughing and start groaning.

I try (I said try I do fail often) to not fight my evil side and just use it wisely. If I must troll someone I troll some nazis because screw nazis. 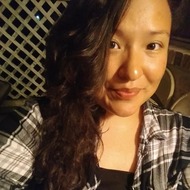 @AndyFreakingFoud pop them right in the oven

Technically Satan is a fictional being (in my own belief at least), so I don't think it's wrong to be a fan of him & not god lol It doesn't mean you have to "believe" he's real. Personally I can't say I'm a fan of either. Demonic characters in other fiction are another thing though, creepy things in fiction are interesting to me sometimes. Does that make me a devil worshipper? Lol

You're in the entertainment industry. You have to look and act the part. My ex was a drummer in a heavy metal band that was supposed to tour w Aerosmith 22 years ago-he had to have long hair, pierced ear, and scarves. You're playing the game.

You cannot believe in Satan and be an atheist. Period.

Well, what came first the egg or the chicken? 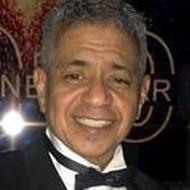 My reading of the Bible tells me that Satan/Lucifer/Devil is a much better character than Yahweh.

Not knowing you it's tough to make a call on that last. If you view the whole thing as myth I see it as no different from having Thor in the Marvel comics (or movies). Heavy metal that revolves around "Satan" I personally find juvenile, tho I like some of the music. Just seems sorta pretentious & posturing to me, but, to each their own. You may not like Zappa, Mahavishnu Orch., ELO, Stanley Clarke or the Dead or The Band. I'm a big Little Feat fan, also, which is also probably not your cup of tea, or shot of Jaeger! (Which I'm not fond of, either. LOL)

Satan is the number 2 man to God...he's like the hired gun. Think Mumsy in southpark.

I would honestly probably do the same thing in your situation honestly. By the way yay for another metalhead

i don't think one could exist with out the other.

No. Satan is far more probable God. Satan is just a superior evil being. Unlikely, true. Unaporoachable as a concept, no.

Of course you'd have to believe in God in order to be a fan of Satan. Satan was created in the Bible, right? There's no other Satan. ....

Is there a fan club? I really don't care if thee is or not.

Depends upon which Norwegian Death Metal band you're in to.

I've had Mayhem, Sargiest, and Waitain on my show. My favorite is Emperor thou but they never leave Europe!

Not many bands from Europe tour the US on a regular basis because the tour tax makes it nearly impossible to operate in the black. Unless an artist can fill at least midsize halls, it's simply not feasible.

@webbew1 Oh I understand that part of the game. With Emperor it's like Darkthrone they don't enjoy the travel and only get together nowadays for one festivals like Wacken in Germany which is exactly where I'll be end of July!!

You can include a link to this post in your posts and comments by including the text q:12951
Agnostic does not evaluate or guarantee the accuracy of any content. Read full disclaimer.