What do the words "mindfulness," "awareness," and "presence" mean to you?

These words get over-used and thrown around a lot, when I think there's a lot of good behind them. What meaning do they have for you?

Being fully present in ones life. Not worry about the next day or week, nor feeling guilt about the past.
Its not easy to do, we need to practice, practice, and practice.

It's related to meditation, which has helped me be a happier man.

Here's another way I live with mindfulness, awareness and joy in life.

With a strong west wind, Wenatchee will be clear and breezy tonight. Since age 21, I have watched the Perseid Meteor Shower each August. The best viewing time is two hours before sunrise.

On a paved road, I drive 30 minutes to the summit of Badger Mountain, East Wenatchee. Big sky and no city light. At the summit, there is a convenient, gravel driveway and parking lot with two wheat silos.

In years past, I laid on wheat stubble, worried a cow would step on me.

Blowing up a backpacking mattress, I crawl into a sleeping bag with my head propped on a pillow. Facing northeast, you will see 100 "shooting stars" per hour.

In 2015, a huge white meteor blasted directly toward us, with the tail hidden behind it. I have never seen anything so BRIGHT! A second later, Dan jerked and said, "Oh my gosh! A piece of it hit me." That got a laugh from me.

Coyotes howled back-and-forth from the north and east.

Deer walked by so closely, we could feel the vibrations from their hooves on the ground, before seeing their moving shapes in the dark.

Meteors blazed across the sky with green tails that stretched from horizon to horizon, fading after the meteor had vanished. The Milky Way glowed. The sky blazed with shooting stars with red, green, yellow, blue and white tails.

I fell asleep with shooting stars going back-and-forth inside my eyelids.

None of them mean anything to me anymore.
Whenever I hear them, I tend to dismiss those who are using them.
I've never cared much for trends.

Look around yourself, be aware of your situation, realize you are a presence and be mindful of your actions and the actions of those around you.
In short, wake the fuck up and do something - try not to be a cunt about it.

Being fully in the moment, and cognizant of yourself (what you think and how you feel) and your environment. In short, just being tuned in.

I think of it as pro-active consciousness as opposed to a mind running on automatic pilot.

Being in the moment, neither regurgitating the past or, feeling anxiety about the future.

The start of my profile describes mindfulness and awareness:

I find the wonder and joy in life. The infinite pleasure in the touch of a hand, the joy of tasting a juicy, ripe peach. Intense, playful, passionate and determined, I have fun every day.

I love hiking to alpine lakes surrounded by white glaciers and jagged mountain peaks. After dark, I look up and feel awed by the glowing Milky Way and billions of sparkling stars. We all need more low-level ecstasy in our lives.

They mean I need to run, not walk, in the opposite direction. My snarky nature is incompatible with such earnestness. I generally feel that it is good to from time to time perk up and take an interest in one's surroundings, but that's the extent of it. I am horrible like that.

I think it's like keeping in mind that you're about to cross the street, watching for the sign, and not forgetting the curb.....

The cynical part of me says they're words that have been hi-jacked by people who aren't any one of them. They're used as corporate buzz words for being ethical or at least trying to convince people they are.

@AMGT I'm flattered by the response even if we disagree. Maybe I'll try this again tomorrow with a more non-cynical head on

Very true. The people who over-use them I feel don't understand what they're really about.

Be Here Now. It’s a very transformative and important concept. Most of us are haunted by the past or worried about the future. All that matters is the present moment. When we can pull ourselves into it and look around, we realize that we are ok after all. Most of the time, the present moment holds peace, love and healing...if we observe it with an open heart. 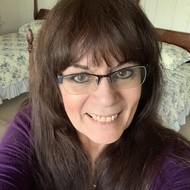 There is a public house in England and above the bar there is a sign with the following words printed on it: "Free Beer Tomorrow." In more than 100 years of business they have never given away a single pint of beer. I do not wonder why. That which is humorous is at times, also, profound....

They are all synonyms meaning consciousness of the situation, principles involved, and one's own relationship to those.

I would say "consciousness" but that word got overused a long time ago.

Setting aside all other matters and focus on what you need to be doing, fully aware of the consequences of your actions, and recognizing whether it is a positive or negative outcome, and adjusting if you don't like that answer.

3 qualities that most men get accused of not having?

It gets tiresome to have words loose their meaning from overuse. However, I think they mean to be engaged in your life. To think, study, and ponder about what meaning your life has, to go through life awake and aware, think about what you want to leave behind when you die.

Absolutely nothing, now. They're just buzzwords. 'Mindfulness' might have meant something when I was in DBT sessions, but now it's just another meaningless noise like so many other things these days.

The one word that jumped out at me is presence. I'm an educator and with our changing landscape of educating toward online learning, presence is very important. Presence means not only being present, but also engaged. You can be present but not engaged...think of a couple sitting next to each other but both with their attention in their phones. They are present, but do not have presence. Presence is reaching out engaging others, listening, and conversing. I feel presence is something we are really missing in our culture because technology has invaded our lives. I went on a girl's weekend this summer with 4 college friends, and sat there watching all of them with their noses in their phones the entire time. It was a sad example of friendship.

A distinct and definite sense of "now".

My favourite part of those and i guess to actual meditation is that they are moments that describe getting in touch with the mind. Sometimes when I am researching I find the spot where a person is definitely a unit of perception and language and descriptiòn are both empty, full and fillable. Beyond this spot........hm. well I do love Rumi's poem that I only ever trully remember as ".....out beyond rightdoing and wrongdoing there is a field, I will meet you there...". 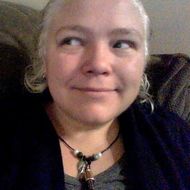 You would hardly get to finish a sentence with a logical positivist without him or her inquiring exactly what do you mean by such and such words. In preference, I like the scene where Alice in Alice Through The Looking Glass meets Humpty Dumpty and he inquires about her name. When she tells Humpty Dumpty that her name is Alice he retorts: "Alice! Alice! What sort of shape is an Alice? My name describes the shape I am."

The recipe is not the cake and the menu is not the meal. It is all too easy to forget that language is a tool, a very useful tool but nothing more than a tool. Shakespeare said: "A rose would be a rose by any other name."

That one is with sentience.

Did you mean the real meanings or the PC equivalents that pass for meaning these days?

Real. I don't ascribe to the PC meanings.

@bleurowz I take it you already saw my explanatory post below since you liked it.

Little to nothing. If you examine the terms rigorously, as us agnostics do, you find out quickly that they are poorly defined, essentially unmeasurable woo-woo nonsense.

It's the stuff my health insurance company promotes on their website as a healthy lifestyle.
They have to offer something since they rarely pay for much these days
Plus it saves them a boat load of cash.
Obviously not a fan of any of those terms

You can include a link to this post in your posts and comments by including the text q:165121
Agnostic does not evaluate or guarantee the accuracy of any content. Read full disclaimer.