Do you think atheists are safe ?

Muslim nations have laws that beheads atheists if found, what if all religions decide to do the same ? What should we do in such a situation?

I'd lie to save my life. I did it before my grandma died to avoid upsetting her.

The reason I asked this question was to see if we atheists can unite and fight, There are many atheists but I don't think we are all united. if we don't not just us whole human race will go extent, religious morons will not just kill us but also kill each other it would be religion vs religion trying to expand their kingdom and population. The only hope for human race to survive is we atheists unite and increase our community and maybe even get married strictly to atheists and make sure our generation has more smart individuals not religious morons who are danger to human race.

Of course not. As long as Conservatives, Fundamentalists, Evangelicals exist, ANYONE who disagrees with them is in great danger.

Safe from religious bigots? No

I think I’d just pretend to be religious to save my skin honestly.

I have weapons and I'm not afraid to use them. Fortunately there are not too many crazed Pat Robertson's in the Christian religion.

Not all Muslim majority nations have laws killing atheists and there ARE Christian countries where homosexuality is criminal, up to and including the death penalty.

It is clear that some members of the far right in this country would support - if not the death penalty -some form of criminal sanction for atheism, being LGBTQ, having sex standing up (because it leads to dancing),etc. But, as long as we are vigilant and don’t back down, I think things are improving and will continue to do so.

Pence is one of them. He's every bit as dangerous as 45.

@KKGator I totally agree with you about Pence

Are you speaking about ALL Muslim nations? Because your generality strikes me as dubious. Perhaps I'm the one who's mistaken, however. But, to answer your question, I do not think atheists are any less safe here, in the USA, than anybody else here is. And, wholesale persecution is, imho, extremely unlikely here as atheism is on the rise, and more popular than ever.

Couldn't we just kill them with impunity?

After all, they will not be dead, they continue with eternal life - so we cannot murder them. Whereas, we atheists are dead if they kill us and so they will be locked up for murder.....

Sometimes, the voices in my head worry me.

true we will be doing them a favour

I'm not going down, or out, without a fight. Pretty sure I could take a few with me, too.I will never conform, even if it means my life. What good is having principles if you aren't willing to fight for them?

fuck living like that I'm with you. I'm a dead man just for my tattoos in many peoples eyes

Chuckle slightly. At least, I would; the non-religious are a majority in the UK, and the rest are so relaxed about it that they wouldn't even think about endorsing such a law. It would fall flat on its face.

Even in the U.S. atheists are sometimes subject to violence from religious extremists. I want to believe that as time goes on and more and more people join our folds we will become more accepted by theists, but seeing the social regression and divisiveness this country is currently facing worries me. Luckily there are some countries out there with a non-believing majority population. I guess if things did become unsafe for us we could try and seek asylum in those countries. 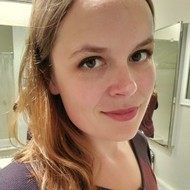 I’ve been subjected to violence and threats of violence for being an atheist.

We will revolt. Won't happen. They are sick but not that sick.

There are some that sick. And with enough beer, tv evangelism and encouragement......plenty more. imo

revolt feels good tho, now. but scary when the real consequences are considered. One of those Pocket-sized new testaments should be sufficient. King James Version i think. Very devout indeed.

You can include a link to this post in your posts and comments by including the text q:17430
Agnostic does not evaluate or guarantee the accuracy of any content. Read full disclaimer.