QUESTION Satan as the Hero

What the Editor of this Article fails to say in all this, is that according to fable, Satan was the "Original Rebel," that petitioned for Equal Rights. That is what makes Satan a hero , Like Batman, even though there's no Batman, or Gotham Ohio . . . It’s not uncommon to hear atheists question a religion’s validity based on the factuality of the events that play out in that religion’s mythology. This comes up whenever someone questions the historicity of an actual Joshua of Nazareth, or more snarkily as “New York is real, so do you believe in Spiderman?”.

If you’re reading this you’ve probably heard something like that. Maybe it was Harry Potter, or Luke Skywalker, or Bilbo Baggins but the central idea is there. If it’s fake, and the adherent knows it’s fake, what exactly is separating their religion from a fan-club?

The answer mostly has to do with sincerity and (to a lesser extent) tax evasion. As I am not an accountant, I want to focus on the sincerity part.
Satanists Get a Bad Rap for Being Non-Theist

Recently, my friends at The Satanic Temple Arizona adopted a stretch of Interstate 10 as a clean up project. Make no mistake, this is a calculated maneuver. By demonstrating the willingness to do the work, and by citing Satanism as the inspiration that drives them, TST-AZ is pushing back against the narrative that non-believers have no morality or ethics. But, and this is a big but, they are also pushing back against the idea that religion shouldn’t be that motivating factor.

Since TST-AZ’s adopt-a-highway made the news it’s been interesting to watch the reaction, which has been largely supportive and thank you for that. What is telling though is the (frankly far too long) comment threads I’ve read between theists and atheists about what Satanism actually is. Theists tend to default to thinking that Satanists worship Satan in the same way they worship god. That is wrong. Atheists on the other hand, tend to default to saying that Satanists are ‘just humanists’ who are ‘just using Satan as a metaphor to mess with the religious.’ That too is wrong. I have a very particular issue with the word ‘just’ in that context. I don’t speak for everyone and I wouldn’t want to; but it’s important that other non-theists understand … no one is just doing this because Satan is expedient.

The book Job by Robert Heinlein has an interesting slant on the whole religion thing including Satan and Loki.

Question: Is it possible that there could be no God, yet Satan would remain? Having read the Satanic Bible by Anton LaVey, it would seem that Satan needs God as much as God needs Satan! In religious lore, neither appears to be capable of making their case, prima facie. And the believer needs both so that he/she may replay, in his/her own way, the story of Job! One must be saved from the other! The Abrahamic God requires the Devil, and His Satanic Majesty must make war against God. Both are fictional characters, worthy of their places in the myths, legends and fairy tales of human history.

I agree . I only posted this because I do like their Tenets , & they fight for secular values with a passion not bettered by any other faction . TST that is , LaVey is CoS , & they profess an actual Satan , TST doesn't .

But ya , I like the story being told thru another angle , that is the same story , Satan wanted equal rights , & got booted for it . What a substandard person this god is . No wonder the world has such issues with the followers of such an idea .

I too "put them all in the same box". Useful fantasies at best; destructive, time consuming distractions at worst (for me).

I really like the rabbi's take on the Adam and Eve story. Much more textured and "wise" than the simplistic one in our Bible.

It's weird for a non-believer to "believe" in another fantasy being. It seems expedient so to thumb your nose at theists. There are no "spiritual" beings. Just do your good for the sake of community. Let all religion die.

The Church of Satan ,(C.o.S.) professes an actual spiritual being . The Satanic Temple (T.S.T.) does not . I'm not a memeber of either , but I do follow TST on various Facebook forums , & I like their Tenets for the most part , al ot more than I ever will the 10 Commandments . They are listed at the botom of my Bio here on Agnostic .

I just don't do religion. Period.

As an atheist I do not use religious words or vernacular in logo or claim to be one. It is just a fun way of getting a point across, I see that, but Satan, the devil etc are just cute bible beings. the Church of Satan in England, as I understand , used the name just to get the attention hopefully bringing people in to ask why the name.

I was quite shocked to find out that he does not appear in Judaism. So for thousands of years God did not have his arch rival. So was he invented like Moriarty for Holmes or the Joker for Batman?

The Jews at about the time that Jesus is said to have existed as I understood it,when Elaine Pagels explained it to me in an email exchange, wanted to explain why everything was going wrong. So they began to believe that it was a spiritual battle in the heavens. It is a great way to explain the unexplainable, something that religion has always done. Once the jewish sects became christianities hey had much more influence from other mystery religions and hellenism, I idea of good guys and bad guys having a spiritual battle brough about he idea of he satan character.

I identify as a Satanist and am a atheist. Satan isn't a real being, but rather a symbol of man's carnal nature. 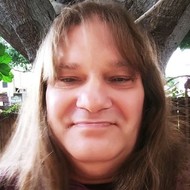 @Redcupcoffee As stated above , you can like the characters in fictional stories . In the spirit of Dante , Milton , Francois , & other classic writers, some are simply inspired to commit to that archetype as a their own in a way, that is just as much a religion as Flying Saghetti Monster , only darker . Although CoS professes an actual Satan , TST does not , therefore a purer form Atheism . If you can support the 7 Tenets of TST , then you are fully capable of welcoming your allies where they are found there .
3RD Tenet : One’s body is inviolable, subject to one’s own will alone. This includes abortion , euthanasia , & a child's protection from corporal punishment . All protected & respected as a religious belief . The full 7 Tenets are under my Bio.

@Redcupcoffee I have the same question. I do not see both being in the same sentence.

When the evil in the Catholic church blew up the most, Catholics were asked if they still believed. They often said, Well I like the ritual. Can't give that up. Really? Including the kneeling before the leader of the rapists and taking poison from HIS hand?

I don't identify as a Satanist, but I've read The Satanic Bible. I get that Satan symbolizes Freedom, Equality, Individuality, and Empowerment. I admire all of that. There are many more virtues that intimidate Xtians, but mostly what they fear is taking responsibility. Satanism, as I understand it, isn't relying on a "higher power" or false humility, but accepting responsibility for your own actions and their consequences without excuses.

I'm not a Satanist either , but I do support their 7 Tenets for the most part ,

A fun read in this vein is Satan:His Psychotherapy and Cure by Dr. Kassler J.S.P.S.

A cute little novel from some time back.

Another one is the new Tom Holt, The Management Style of Supreme Beings.

I recommend both to you.

How do we manage the "supreme being" in the White House?

Just because I can't pass up an excuse for shameless self-promotion:

My forthcoming novel SCAPEGOATS (Golden Fleece Press March 2018) has a role for Satan. He's the Jewish HaShatan (named Stan), in my book, he's the quality control officer. We get to see him play off against Nick, the Christian Devil, who keeps trying to shmear people for their souls.

So, a comedy? Sounds fun. There are some recent comedy books spoofing religion.

@GoldenMean There's a lot of funny stuff, but also a serious examination of bad and good, consequentialism, and responsibility. Hope I can count on you when it comes out!

Modern Satanism is a diverse affair. To lump them as righteous humanists or baby eating sex fiends is to graze the subject. It is somewhat amorphous in a sense, people project their default views upon it. For myself, I have little need of fictional superheros, much less new ones.

It's an older fictional hero , & they support secular rights , or I wouldn't be affiliating myself with them .

Satanist are really “ your comment”/ kids used to call themselves satanist just to piss there parents off. But seriously Adults feeding into the Satan hype and then putting any credulity at all in to that following is as silly as a episode of queer kids stuff.

@Seriousreason Those meddling kids have made a few winning court cases, Just to piss their parents off...

Amen to there are none and we need none. Start a humanist group to help people psychologically or morally.

Literature nerds will have heard that name before. Some of you love him; some of you hate him. Either way you can’t deny the effect he’s had on storytelling because you’ve seen it. Youtube is full of videos pointing out how our culture’s most popular stories like Star Wars and Lord of the Rings map to Campbell’s theory. Joe was a comparative mythologist and he wrote a book called “The Hero with a Thousand Faces” in which he lays out a basic story structure that, he believed, all stories follow.

Basically the gist of Campbell’s Hero’s Journey is this: A character (the protagonist) has circumstances that send them on a quest. They find some sort of catalyst to send them in the right direction, they meet a guide, face challenges, acquire the thing they sought, change, and return having changed. That, for the most part, is every story you’ve ever read.
Yes, Satan … and Jesus Too

For people who don’t hang out with literature and are just part of modern culture it’s pretty easy to see how Jesus fits Campbell’s structure; he’s even got epicycles. Most people don’t think about it but Satan fits that too. In our culture’s prevailing mythology Satan (by way of John Milton): 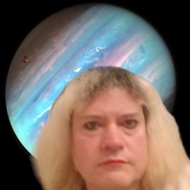 An interesting take. I saw this yesterday

It is very novel and charming in its delivery. It does have the merit of being a better story.
GoldenMean: 6 replied Feb 11, 2018

The mythology of life began eons ago and generations copy it down through the ages. Fun and informative if you keep it lessons and not make it doctrine you'll kill for. It's meant to HELP.

You can include a link to this post in your posts and comments by including the text q:21649
Agnostic does not evaluate or guarantee the accuracy of any content. Read full disclaimer.