Do you remember where you were when the Challenger exploded?

Watching the Falcon Heavy rocket lift off today, I recalled the worst space disaster in my lifetime. I was working at a mall store in Yuma, AZ when the Challenger was launched. I walked across the mall to the Footlocker athletic shoe store to watch. It was horrifying. If you aren't old enough to remember it, you might not want to even read the comments here. It was a brutal day for the space program.

Yes, I came back the previous day from a holiday in China. Going to China was considered very adventurous back then. The Challenger was horrifying. Over the years I have researched this event very closely. The real story of NASA's incompetence, arrogance, lack of transparency, thwarting of efforts to reveal their appalling procedures, the actual fate of the crew - contrary to NASA's efforts to conceal it - is also horrifying. When not motivated by the science, the evidence, and the truth, this is what happens. You would think NASA would be a role model, but it's anything but. The reports and studies show it. Also, the complexity of what happened - the cold, O rings, slag from the solid fuel boosters, and the Gulf Stream gusts that hit the orbiter just seconds before the explosion and contributing to the cause, only fully realised a few years ago by researchers, make it a very complex story. Fate was truly against those poor astronauts.

yes and can still see that image

I was in 2nd grade. The whole school piled outside to see the Challenger go up.(this was in Florida) most of the kids didn't understand what we saw. Some of the teachers started crying and we were all hurried inside. I didn't understand it until my mother explained what happened when I got home.

No I don't remember.... but I do remember. The twin towers comming down. I expected an atom bomb to happen from that. Or we should own that country...

I remember 9/11 all too well, too. I don't live too far from NYC, so I also saw the towers burning, and I know some people who lived in worked in the area who are still dealing with trauma.

not on the challenger

Yep. Found the map. I was in Jacksonville when it was falling out of the sky. 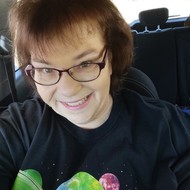 I remember. I was watching on TV. I kept thinking: There's a thing that will have blasted them out of there, surely. They must still be alive, they must have some way of parachuting down. It can't be as bad as it looks.

Yes ... I think so. Interestingly enough, at least to science nerds like myself, a psych professor distributed questionaires to all his first year students that day asking them to describe exactly where they were, who they were with, what they were doing etc when they heard the news. Then a couple years later gave them all the exact same questionaire. And it turns out so called "flashbulb" memories are no more accurate than other memories. A little surprising, but memory is memory, so not really.

I was two years old and living very close to where it happened. I was told (I'm not sure how true it is) that debris from one of the fuel tanks landed in my sandbox.

I was only 7 years old, but I remember being at a school assembly and we were all watching.

Yes. I was at a large sporting goods store, buying bait to feed my reptile pets. The place was huge and largely empty. A clerk had the radio on. The newscaster sounded upset and kept mentioning "the vehicle". It was horrible. There was so much excitement around the first civilian going into space... A very, very tragic day.

I was about four months into a new teaching job in Korea, and by the time it reached the newspapers there, the news was already a day or two old. It made me sad to read, but I was busy with teaching and adapting to a very different culture. 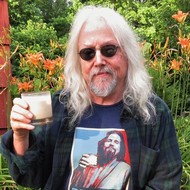 I was in college and walking to a class and suddenly stopped and felt a chill. When I got to class and some one told me. And I realized it was at the same time as I felt that chill. I still remember it pretty clearly

Not really but it was either Vancouver, BC or Juneau, AK. Back then people actually watched the shuttle launches and this one was hyped with a civilian on board.

I remember that exactly. I was off work and at home that day. All of a sudden the show I was watching on TV was interrupted. The anchor only said "This happened 5 minutes ago!" then they rolled the tape. I was stunned ... knocked off my feet. All I could do was cry out loud. It was one of the worst days of my life.

I was on my lunch hour and at Mazzios Pizza in the TV room. It was horrible. And to think that was the one with the first teacher on board right? Was it also the one where parts fell all over Texas? I went out and took a picture of some debris but the metal parts were not the only things that fell. It was horrific.

@Duke Skylab debris landed in Australia and the Indian Ocean.

Shuttle Columbia broke up over TX upon re-entry, as I recall.

In college. I was in the lobby all by myself watching TV.

Yes I do. I was in France staying at a relatives house and she started crying watching the news. She could only point at the tv. Very bad day.

I don't remember a phone number I have had for 5 YEARS! So that would be a no.

I was watching it on TV. It took forever (it seemed at the time) to realize exactly what happened. It was devastating. I thought nothing would ever affect me like that again...then 9-11 happened. There are no words that can describe the loss.

I was in the 2nd grade and got home from school to find out my grandmother had died almost at the same time. My aunt and cousins were at the launch and found out soon after when they called home.

I was in kindergarten. I remember it though.

January 1986. I remember was working at an office in NYC, filing papers. Someone had music playing on a radio and it was interrupted by breaking news. We scrambled to find a TV.

Social studies class at St Bernard's Academy for Girls watching it on TV.

I was on maternity leave, pregnant overdue with my first son in bed watching tv. It was really sad, and I could never get excited about space programs ever again.

You can include a link to this post in your posts and comments by including the text q:21741
Agnostic does not evaluate or guarantee the accuracy of any content. Read full disclaimer.