LINK I had no idea this was a thing- Mansplaining #shirtgate to women is meta misogyny | Dr. Jen Gunter

Id never seen this before, pretty horrible to read about. I didnt see anthing about this guys boss making him go home and change. Also here is somethung about the original problem that inspired this well written blog post. [dailymail.co.uk]

It's ubiquitous -- even occasionally on this site. Even when the man has less information or expertise. Fortunately there are a few men who not only 'get it' but call other men on it when they see it. But there's a loooooooooong way to go.

I remember it at the time.

This is all so confusing. Can someone humansplain it to me?

I had to do some reading so i could figure it out by myself.

The comment section of that article is a fucking cesspool of mansplaining and misogyny... And a lot of it is by women... Smmfh.

equity in word alone;
and shame is not a factor. . .

Worth mentioning at this point that the Daily Mail is Britain's version of the National Enquirer and will print just about any old tosh if it might sell an extra copy (it gets sued rather a lot too, and takes a decidedly right-wing stance - including printing material that has drawn comparison with Nazi propaganda, which is perhaps no surprise as the paper openly supported Fascism during the 1930s, going so far as to print articles praising Hitler, Mussolini and Oswald Mosley, leader of the British Fascist group known as the Blackshirts, who were personal friends of owner Lord Rothermere. The Spectator, which isn't exactly left-leaning itself, commented "... the Blackshirts, like the Daily Mail, appeal to people unaccustomed to thinking." ).

This is intended to point out that anything the Mail prints shouldn't be considered reliable (hence it's been removed from Wikipedia's list of reliable sources) and isn't connected to this particular story - which I haven't bothered reading as it's of no interest to me. 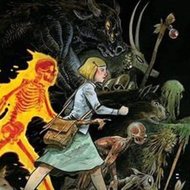 You can include a link to this post in your posts and comments by including the text 'q:311986'.
Agnostic does not evaluate or guarantee the accuracy of any content read full disclaimer.