Shit is the most versatile word in the English language. I'm not sure who to credit for this but felt it worth passing along.

You can get shit-faced, Be shit-out-of-luck, Or have shit for brains.

With a little effort, you can get your shit together, find a place for your shit, or be asked to shit or get off the pot.

Some people know their shit, while others can't tell the difference between shit and shineola.

There are lucky shits, dumb shits, and crazy shits. There is bull shit, horse shit, and chicken shit.

You can throw shit, sling shit, catch shit, shoot the shit, or duck when the shit hits the fan.

You can give a shit or serve shit on a shingle.

You can find yourself in deep shit or be happier than a pig in shit.

You can have too much shit, not enough shit, the right shit, the wrong shit or a lot of weird shit.

You can carry shit, have a mountain of shit, or find yourself up shit creek without a paddle.

Sometimes everything you touch turns to shit and other times you fall in a bucket of shit and come out smelling like a rose.

When you stop to consider all the facts, it's the basic building block of the English language.

And remember, once you know your shit, you don't need to know anything else!!

You could pass this along, if you give a shit; or not do so if you don't give a shit!

Well, Shit, it's time for me to go. Just wanted you to know that I do give a shit and hope you had a nice day, without a bunch of shit. But, if you happened to catch a load of shit from some shit-head........... 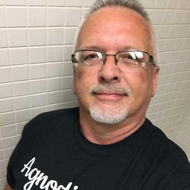 That's some beautiful shit right there.

It always seemed to me that when you take a shit, you actually give a shit.

That's why I don't watch TV anymore. It's all shit.

Are you sure that you do not have a fixation?

and the word bollocks is many answers

Yes indeed! Bollocks, or bo110x to get it past some filters, is one of my favourites

I just checked where you're from, I thought you'd be UK, bollocks isn't a word our American cousins seem to have taken to.

@LeighShelton Tosser has some merit as a variation on a theme

Fuck is just as versatile. Try it.

I do on a regular basis

@SKDeitch Exactly. I learned to do that in the Army. Plus it paints a much nicer picture in your head than shit does.

Look up BERNIE MAC. He uses the word, "MOTHERFUCKER" in just as many ways. Its my favorite noun, pronoun, adjective etc.

You can include a link to this post in your posts and comments by including the text q:31996
Agnostic does not evaluate or guarantee the accuracy of any content. Read full disclaimer.