Trump says Robert Mueller should not testify to Congress

"The House Judiciary Committee seeks to have Mueller testify before the panel by mid-month.

"Trump's statement also comes as 60 percent of Americans say he has been dishonest in the Russia investigation, while only a third believe Mueller's report clears the president of wrongdoing, according to a new NBC News/Wall Street Journal poll.

"House Judiciary Committee member David Cicilline said Sunday that the panel is shooting for Mueller to testify on May 15."

Photo: Me wearing a pussy hat with a sign I made for the Women's March, January 2019. 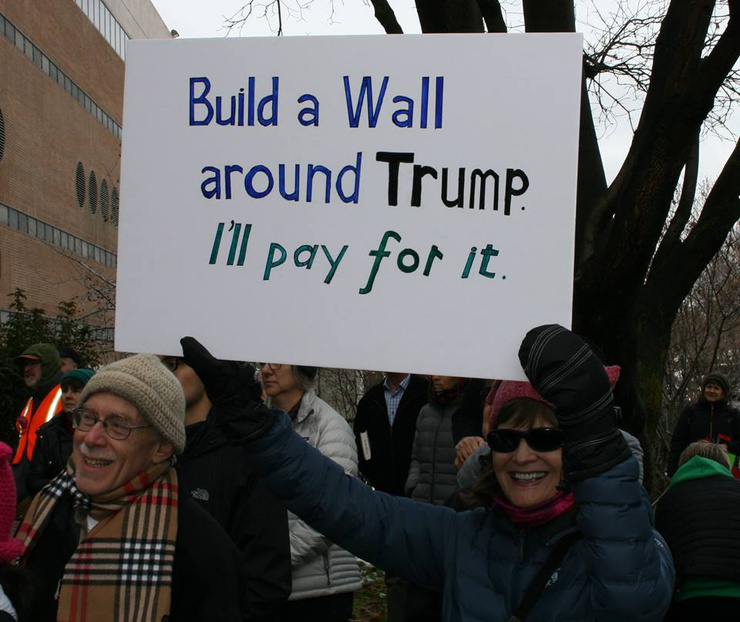 Then he refused to be interviewed by Mueller

For a man who constantly proclaims his innocence, @realDonaldTrump is acting awfully guilty

Mueller must testify publicly before Congress

Donald J. Trump:
....to testify. Are they looking for a redo because they hated seeing the strong NO COLLUSION conclusion? There was no crime, except on the other side (incredibly not covered in the Report), and NO OBSTRUCTION. Bob Mueller should not testify. No redos for the Dems!
[twitter.com]

How many times do we have to play this game? He's like a little kid who comes home cradling a shoe box, and when you say, "What's in the box?" he says, "Nothing. Seriously nothing! I didn't do anything wrong! Go ahead and look in the box if you don't believe me. There's nothing in the box!"

And when you say, "Ok" and reach for it, he snatches it away, runs outside, and hides behind a tree screaming, "There's nothing in the box! I did nothing wrong! I found that cat dead! You can't prove a thing! You probably killed it! You evil, evil person!"

May the vestiges of our democracy prevail. 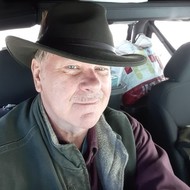 I have three words for Donnie: Too. Damn. Bad.

Are we still doing this dance??

That piece of shit has talked to Putin about the Mueller report before the American people have been allowed to see it, when we're the ones who PAID for it!!!

Cheeto in Chief is terrified! I can’t understand how anyone still supports him. He’s a disgrace to the office.

Thank you! Here's the flip side. People loved it.

Love the sign! I just want to get past the criminal enterprise known as the ‘trump administration,’ which is confusing the already confused public and leaving the rest of us with lingering disgust!

If Trump is innocent of wrongdoing, why would he care if Mueller testifies? Love the sign!!!

He's playing his insane game again by declaring he doesn't care if Mueller testifies, letting that float out into the ether and sink in...and THEN declaring that Mueller should not testify, bla bla bla.

Now he's covered both ways. If Mueller doesn't testify, then he'll say Mueller didn't testify because he had nothing to say. If he DOES testify, he'll say he's on a witch hunt, a liar, corrupt, etc.

All the contradictions don't really matter to his supporters. If it ticks off liberals, they love it--even if it is the opposite of what they loved five seconds ago.

I saw this picture and signed up for your fan club immediately. I'm including 2 pictures that i took at March For Our Lives last spring here in Detroit. The young lady saw me taking pictures and crossed through 20 feet of bodies to make sure I took a picture of her sign. The Mother? She was just being my kind of Mom. Thank you for your dedication.

Your comment warms my heart. Thanks for the laugh.

Here's the flip side of my sign. People laughed and said they loved it.

I'll bring the bricks and mortar.

Our vote is what allowed us to Express ourselves.

And not the Electoral College, ever again.

You buy the materials and I'll build it with my own two hands.

I'll chip in, sure many of us would.

If that IS you holding the sign, you are my hero!

Make sure on the inside of those walls there are no mirrors. He'll kill himself for sure.

It was COLD! Glad I wore a down jacket, hat and mittens.

Washington State Attorney General (my hero) was a speaker. A master chess player who hates losing, Ferguson said he has sued the Trump Administration 35 times and won 32 lawsuits, so far. The rest are pending.

no mirrors and not access to fast food. He'll starve before he was healthy food.

Thank you! "This is temporary," I remind myself.

Will see my doctor for second x-rays on March 8.

@LiterateHiker
You're so fit. I'm sure it will be good news.

Thanks for the compliment. We shall see.

Testing, I gently pressed the base of the fourth toe with a fingertip. Owie! Pain shot through the roof.

That is you holding the sign isn't it? I remember you posting it before.

You can include a link to this post in your posts and comments by including the text q:342423
Agnostic does not evaluate or guarantee the accuracy of any content. Read full disclaimer.