“Capitalism” is simply the most recent spelling of feudalism and slavery. The rulers don’t care about anyone but themselves and only in the short term.

Elon Musk; Ignoring the warning of Climate change might be "The Dumbest experiment in history ever"

Ohferpetessake.....articles like this have been written since the beginning of time! Remember when the Mayan Calendar was going to run out? Or was that the Aztecs? Or...?

Hopefully this is wrong but I really don’t think it is. I know many people who believe that climate change has nothing to do with human activity.

Interesting that this comes from an Australian. The country which is to exploit a coal field the size of the UK and send most of the coal to China.
Total over reaction of course but there is no doubt that life will be changed for many.

How many times do these predictions have to be wrong before you stop believing them:

If your mechanic or car service person tells you that "your car's fine...but the bald tires and worn ____ will likely leave you stranded" do you stop believing them - or do you perform "preventive maintenance"?

It's the same issue.

Yes; our rising heat and shoreline is barely noticeable and tolerable.

But it will be a lot cheaper, and wiser, and healthier to perform "preventive maintenance" now, then to work to recover from what appears to be almost unrecoverable....don't you think?

Here's video that will explain my POV.

@Robecology Do you know how many billions of dollars in subsidies Elon Musk has received because his companies battle "climate change"? It was $4,900,000,000 back in 2015. Of course he wants to take action, because more action means more money for him and his companies. As long as the government money keeps rolling in, he doesn't have to compete with other car companies that actually deliver products:

@BD66 Don't get me started on subsidies.

I could show you charts that would make Musk's/Tesla's subsidies look miniscule....Do you know how much we subsidize fossil fuels? Far, far more....

The problem that the FFC (the Fossil Fuel Consortium) sees is that it's serious competition....so they bad mouth it.

It's the favorite bad-mouth of short sellers on the stock exchange.

Many thousands of car mechanics, car salespeople and maybe even millions of gas and oil refiners, shippers, and sellers will be out of a job soon...that that frightens them....and you, as well, apparently.

We'll running on bald tires. It's time to fix that.

@Robecology Go back and think about all the religious cults that say "Jesus will return", they all line up waiting for Jesus to return at a given date and at a given time, and Jesus doesn't return, then their leaders just set a new date and time for Jesus to come back.

That's exactly what is going on with "clean energy jobs". Windmills have been around for 2000+ years. Einstein got a Nobel prize for explaining the photovoltaic effect more than 100 years ago. Windmills and solar cells are not "New and exciting", they are old and noncompetitive.

Clean energy companies received $44 billion in subsidies in 2009, that ramped down to $24 billion in 2011. Then as Republicans took back the house and a small bit of sanity returned to the US budgeting process, those numbers have decreased, and most of the clean energy companies that had somewhat viable business plans when they were getting massive subsidies, have either folded or gone into hibernation waiting until Democrats take back both the Executive and Legislative branches, and all the mad money starts flowing again.

I had heard the total amount of green energy subsidies was $90 billion from 2009 through 2012. That was supposed to create a "Green Energy Revolution" with lots of new "Green Energy Jobs". Where is the revolution? Where are the jobs?

It's just like the religious cults. There was supposed to be a "Green Energy Revolution" in 2009, $90,000,000,000 was thrown into subsidizing it. No revolution. But here you are 10 years later believing that if we just throw another $90,000,000,000 at the problem all of a sudden windmills (2000 year old technology) and solar cells (100+ year old technology) will somehow become competitive with nuclear and fossil fuels.

@BD66 You do realize that you're comparing #Religulous expectations to scientific research ones, right?

SMH....you obviously haven't read a reference I shared nor watched the video.

We just don't have the smarts for high nuclear technology. 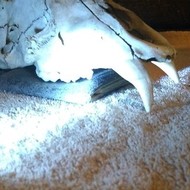 Watch "Chernobyl" on HBO. Shocking revelations prove that we must - at all costs - stop turning to nuclear energy.

I have to say this show has me enticed and gripped in cast, storyline and atmosphere. Brilliantly portrayed from an ...

I sometimes wonder what does it take to create something so good like Chernobyl? The enormity of the tragedy, the ...

This show is realistic in everything. People, scientists, town of Prypiat, the atmosphere... I was a college student in Kyiv, ...

if the world is coming to an end, why do they need to collect cookies ?

VICE would like you to accept cookies being placed by your browser so that it can analyse website traffic, enable social media features and serve you with personalised content on VICE sites as well as serve you with personalised advertisements on both VICE sites, and other third-party websites within the VICE Publisher Partner Network. This will involve the processing of your personal information including your IP address and browsing behaviour. For more information, please go to our Cookies Policy. To change your preferences or to reject all but necessary functional cookies, please click “Configure Preferences”.

I’m thankful I don’t have grandchildren. I’m sorry for my nieces and nephews, some of which are starting families. All are delusionally religious so if the climate changes, it’s ‘all in gods plan’.

I feel sad whenever I think about my baby nephew. And all the other young people! 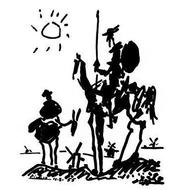 I know!! I don't plan to be here, but my kids and grandchildren will be.

You can include a link to this post in your posts and comments by including the text q:356684
Agnostic does not evaluate or guarantee the accuracy of any content. Read full disclaimer.