"What an idiot," I think when I see a puppy, cat or bunny-face photo.

"I got you to meet me, didn't I?" a man asked defensively.

He saw my shocked face when he stepped out of his truck. He looked like the grandfather of the man in his photos. Turns out he used photos of his son and shaved 20 years off his age.

Now if they would just banish users who take pictures in bathrooms that are photo-bombed by the big toilet or urinal in the background... THEN we would be making some headway!

I've been offered good pricing on Match.
I was gonna sign up, and try again....(boo hoo).
So I took a few selfies....and I did not like any of them. So I didn't sign up.

No such thing as "good pricing on Match." Free is too much for Match.

I have lots of old photos on here, and on dating profiles. I put dates on them. Open book, me.

my main photo here is how i look every morning before coffee and cocaine.

Good. I hate it when I see Instagram filters on dating sites. Like, what are you doing moron? Covering up your face is not helping you sell yourself.

I just hid my profile, again, on POF. I had a man contact me who was "60," but his picture looked more like 70. For centuries, women were accused of lying about their ages, but men are just as guilty but denied it. I hate the bunny faces and I hate the ones where the guy is superimposed against a background. I think, wow, this guy learned to use editing tools. They lie about their weight, height, education, and jobs.

I prefer to be brutally honest, but then again, I'm not searching desperately.
My wife might be, ........

A man I dated briefly dated in 2016 turned out to be a criminal, thief and a liar. Google Stephen Kent Brombach, Snohomish County Court, WA. He scammed 17 friends and investors out of over $694,000 of their life savings, depositing their funds into his personal account.

How did I find out? I received a text from an unnamed stranger, alerting me to Stephen's court records, saying he has another girlfriend. The only way that person could have known my name and phone number, and that I was dating Stephen, is through Stephen's phone. Of course he denied it.

This taught me to Google the name of men I meet.

I only dated Stephen for four weeks, so I wasn't emotionally invested. Stephen claimed to love me. "Too much, too fast," I replied. "It's WAY too soon to talk about love."

I met a guy who sent nasty chills up and down my spine. To make a long story short, I did not see him again but met his ex-wife through a series of almost unbelievable circumstance concerning FB; I learned that the guy had gone to prison for molesting his daughter. That was about eight years ago, but he has made new profiles on the site and has contacted me twice with the line of "long time no see." I tell him that I wanted nothing to do with a child molester then or now. Trust your gut, always.

I thought Lauren and I were getting along really good. Early morning phone calls! A date....finally! The date went very well. Fun
Lots of communication in our budding romance!
Sweetness!

Lauren said she sold real estate. Cool, you have a job! (I thought to myself) . One morning I off handedly asked her how many houses she sold in a year
( Like asking me how many roofs I replace in a year: 30) .

She went off on me and accused me of wanting to steal her money. Really pissed her off! OOOOkay. End of blossoming relationship.
See ya, wouldn't wanna be ya!

I run mine through the VA state court system website. There I can check on anything from a traffic tickets to lawsuits. From DUIs to Drugs, etc. So far, I have found 4-5 women over the past few years that the info I find stops me cold in my tracks. Multiple DUIs... Spousal Abuse... Drug arrests, etc.

I know that I am also checked out on occasion. I am honest and let them know that if they search hard... They will find I have 4 speeding tickets in the past 5 years. I then tell them that all the acquittals for the more serious offenses do not show up online. I let them squirm for a minute and then let them know I am just kidding.

Are these people so desperate that they have to resort to deception? 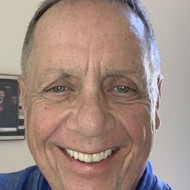 There are some filters being used now that appear to wash out wrinkles, but the photos are almost blurred/fuzzy looking. I despise dishonesty. I think that's a small reason that I put hardly any effort into dating these days.

PoF is a cesspool.
I'm rather shocked that they'd do anything to improve honesty on that site.

Unfortunately , you're both right . It's wrong to lie about your age and post old photos or photos of others , to deceive people , and it's also true , that everyone , no matter what their own appearance is , will only contact the very attractive people , no matter what the rest of their bio. includes . Basically , if you're old , unattractive looking , or fat , no one is going to contact you , and if you contact them , they will brush you off as soon as possible ,

I thought about making youtube videos of my pof experiences. Maybe a series called " Player, please."
I have a long set of rules on my disabled profile including:

1.) Keep moving if you want to get intimate before knowing my last name let alone my first name.
2.) Please have a valid drivers license and no crimes preventing you from driving.
3.) Please have a reliable source of income. I can't be your employer.
4.) Please have a recent picture of you. I will google image your photo.
5.)I will do a background check on you.
6.) I am a liberal agnostic. That is not open to negotiation and we can talk about something else if it is a problem.
7.) I can't re-locate. 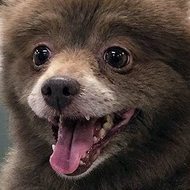 The last woman I met from POF asked to see my drivers license immediately upon meeting in person. She also was having a pole barn constructed so she could jump on her trampoline in the winter. Later, she took a bus to the Idaho panhandle to purchase a brand new truck - which she promptly had painted

This is all I gotta say about that. 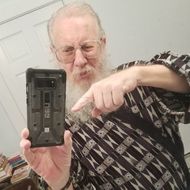 Lying, inaccurate photos and the like are an immediate deal killer. At least you find out right away.

I cannot begin to fathom why people put those ridiculous bunny/kitten ears and noses on their photos - just makes me move to the next profile.

I am writing a book called, Taking Selfies for Dummies. Well, thinking of anyway. Point is is that many of the pictures are bad or unflattering to the person. I see a lot of women who look sad, frumpy, grumpy, mad, or slightly out of it. I have a female friend who has shown me pictures of men who pose with a. fish b. dead deer c. motorcycles d. shirtless e. holding a beer can d. looking crosseyed at the camera like they are drunk (probably are) e. sitting at a computer with an ashtray overflowing with cigarette butts. I could go on but it is obvious that many men and women have no idea how they look in the pictures. And yes, women post pictures showing them to be much younger than their age just like the men.

With unsmiling photos, many men look sullen or angry, like they want to hit the camera-person. Scary.

Every man I met with closed-mouth photos had horrid teeth. UGH. I cannot imagine kissing that.

You can include a link to this post in your posts and comments by including the text q:404186
Agnostic does not evaluate or guarantee the accuracy of any content. Read full disclaimer.