Is there a need for political correctness? Has it gone too far or not far enough?

Political correctness is a cultural intent to be more sensitive to those around you, especially those who are often marginalized.
Mental retardation, for example, is a term that’s no longer acceptable. It’s been replaced with Intellectually Disabled. The clinical term for this used to be idiot and then moron way back in the day, but as people used those terms to bully, those terms were replaced with more neutral terms.
The problem is - people take neutral terms and then use them in a derogatory way. That’s exactly what happened to the term retarded.
The N word didn’t start off negative, but became that way early in our history. It was replaced by Negro in the 70s and that’s now negative if used today. I remember using the term “black people” with my boss who quickly stopped me and said, “No! It’s African American.” I thought to myself - when did black become politically incorrect?? It’s not.
It’s hard to keep up with the correct terminology. Even the term “political correctness” is seen in some circles as incorrect as it’s seen as a way to deflect and is not connected to an authentic understanding of impact.
Comedians are often politically incorrect in language and they get away with it because the target is not to put people down, but to make light of stereotypes.
Thoughts on all of this?

We have now reached the point where every goon with a grievance, every bitter bigot, merely has to place the prefix, 'I know this is not politically correct, but...' in front of the usual string of insults in order to be not just safe from criticism, but actually a card, a lad, even a hero. Conversely, to talk about poverty and inequality, to draw attention to the reality that discrimination and injustice are still facts of life, is to commit the sin of political correctness. Anti-PC has become the latest cover for creeps. It is a godsend for every curmudgeon and crank, from fascists to the merely smug.
~Fintan O'Toole, The Irish Times, 5th May 1994 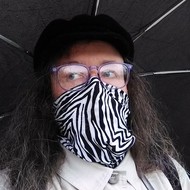 Politically correctness is an obsessive attempt to impose what should be learned in childhood and that is respect.

P C is ok for some stuff. PC has to have some limits, because this shouldn't be a country of wimps.

Some things have its place that is specific. Other times people attempt to own certain words because they feel offended by it.

Political correctness has become a derogatory term. Being civil in your dealings with others is really what it's all about. Should you mistakenly use outdated or offensive terminology, apologize if you didn't mean it. We can get along, if we practice open mindedness and respect for the feelings and beliefs of others.

When was the N word ever acceptable?? I think some correctness is needed. African American is better. Also no illegal aliens anymore. Rhey are called undocumented.

SO are we going to change other terms such as undocumented rapist, undocumented robber and so on? It is a form of slowly controlling what we say into accepting what they want.

[en.wikipedia.org] It was, at one point.

I had a white co-worker who was raised in south africa during the aparthid era and then imigrated to america. He would get very upset if you introduced him as an african-american.

Most actual Africans that I have met hate the American blacks just as much as the plantation owners did.

PC has went overboard and is nothing but BS anymore. It's just a way for control and power over others and it needs to stop. Different people from different regions and sub-cultures have different ways of comunication and as long as someone isn't personally attacking another person, I don't care what terms they use. I still use retarded and will always use it, I don't care if somoene is offended because being offended is just subjective, means absolutely nothing, and needs to be check at the door if you really want discussions that reach answers.

@Hugh I would and do use the term I normally use no matter who I'm talking to and if my own child was retarded that is what i would tell people. Just because some people take offense to the word don't mean we all do and I don't really care about others subjective views all that much or I would have to no disrespect any religious view people have cause to them that is equal across the board to retarded. I don't really care how people label me or what they call me, I know who I am and people that know me understand why I say and do the things I say and do. It's one of those things that if you don't like me or what i say you can always move along, that is what freedom stands for. I use those terms because they were all accepted when I learned language and just because some people want to control speech and what I say and how I say it isn't going to make me change who I am just to make them feel good about their own self. I could censor and fall in line but then I'm not the person i really am, I'm just a photocopy of what some person say is is acceptable and I don't think anyone has the right to the kind of power these language cops and PC crazies are trying to take. Why do they get the privilege of changing terms anytime they feel like it. If im not using something as an insult I don't care about how they perceive a word. The world has much bigger problems than acceptable terms being selected.

@jorj So when a colleague called my then wife a slope I shouldn't have threatened to push his teeth down his neck? It's the term he normally uses. As with the gentleman who ranting about kikes, like my kids. It's his normal term for folk of jewish decent. I should let him spew his filth on my 15yo daughter?
Terms control thinking. You use a word like Kike, or Nigger, or Faggot and you reduce those people in your own mind. When we start regarding people as lesser just because of their antecedents or skin colour we open the door to the gas chamber or the Trail of Tears a little bit wider.

@RobAnybody a slope? No idea what that is even referring to but if it was used in a derogatory manner as an attack then sure, knock their teeth out. Retard was not used as an attack or insult on people but was actually the medical term for it for decades. As far as nigger, kike, or faggot I don't really see the big issue with using the words at all unless it is a way to insult and attack. Even people that fall in to those categories use those words among their own but freak out if another person uses them and that, IMO, is just stupidity. If I see a group of my friends and they are of a different race and they call each other "my nigger" and they see me as an equal then I should be "their nigger" like the rest and able to use the "my nigger" just as they do. If it is such a horrible thing then they should let it go to. Same goes for all other racial derogatory slurs. Now if we were in a heated exchange and I use the word as an attack like "you stupid nigger" then i deserve full backlash and punishment. Context is what it all comes down to for me. Playful banter and cutting up between people is one thing but to use words to put power over others is different. I know I'm not in the popular opinion on this stuff but I am who I am. I'm a humanist that don't care about skin color or sex or any of that. I think the world would be alot better off if we could laugh about things like stereotypes as well as know when the terms are used as a way to belittle and control. I'm judged as a redneck hillbilly just because of where I live and that is acceptable to the PC crowd because I'm white but how dare anyone ever judge them as something or even use the words they feel are derogatory. To me redneck and hillbilly are derogatory and wrong in some context but are perfectly fine in others but I see no reason to be all butt hurt when people use it for joking or cutting up between friends. It's when they get up in my face saying them to try to use it as leverage to gain power over me, then I take offense.

Crippled went to handicapped which went to physically disabled to physically challenged. Imention this because my 35 year old daughter has cerebral palsy. The terminology has evolved since she was born in 1983. It matters to me personally.

An example of political correctness: addressing and treating a trans woman as a woman, regardless of your personal thoughts on whether she qualifies as a woman or not. Treating someone gay as a human being, rather than some sort of scary monster.

Political correctness gone mad: insisting that everyone stops using gendered pronouns, just in case using the wrong ones causes offence to someone. Telling a speaker that they can't address an audience as 'ladies and gentlemen' because that's the same as calling them 'toilets' (this actually happened to a friend of mine a few years ago. Or at least so he claimed.) Insisting that having an exclusive sexual preference for male or female is no longer valid because you're bisexual, and if it doesn't matter to you, it shouldn't matter to anyone else.

I think, like you said, it is used as a deflection more than anything. Many people use it derogitorily so that they feel they can just say whatever they want and not care who is offended because they feel more important than those they speak of.
I feel like there is a deliberate attack on kindness. Kindness used to be an aspiration now it is seen as weakness. This is, I feel, a lot of what is wrong with society. People are more focused on division and seeing others as different rather than finding common ground.
I'm a pretty kind person, at least that is my goal and I do fall short sometimes I'll be the first to admit, but there is nothing I hate more than when others mistake my kindness for weakness. They soon realize I'm not a pushover. There are just those kind of people out there who want to run you over to get their way.

"A gentleman is someone who never insults some one accidentally." That quote is my benchmark for political correctness.

Who said this? I like to attribute when I steal quotes.

You can include a link to this post in your posts and comments by including the text q:41862
Agnostic does not evaluate or guarantee the accuracy of any content. Read full disclaimer.