What are your thoughts on banned books?

The American Library Association (ALA) has tracked book challenges, which are attempts to remove or restrict materials, since 1990. Last year, the ALA recorded 323 reported book challenges in the United States, a 17% increase from the 275 reported challenges in 2015. In most years, about 10% of the reported challenges result in removal or ban from the school or library. However, in 2016, five of the top ten most challenged books were removed. The ALA estimates that only about 18% of challenges are reported to its Office for Intellectual Freedom, meaning that the actual number of attempts to ban books is likely much higher.

All I know is, it was usually one of my favorite books getting banned.
Banning books is bullshit.

My first thought is who is doing the banning?
Why is it being banned?

Fastest way to get me to read a book!

Our library regularly has a BIG (as in two shelves) display of banned books. We encourage people to read them, pass out I READ BANNED BOOKS bookmarks, and generally do what we can to discourage this heinous practice. I try to keep in close contact with the local schools to monitor the book situation there. We've had a few parents attempt to get books banned, but not on a widespread basis. Mostly this is taken case by case and has not been looked on favorably. I do wage a one librarian battle with some pesky patron who is trying to single-handedly remove the atheist books in circulation by hiding them behind other books. He's not very good at this and not very bright, b/c I keep finding them -always in the same section behind the Civil War History books- and then I PUT THEM ON DISPLAY to show that they've been found.

How funny, go the librarians!

Freedom of speech anyone?

I have been in agreement with the ALA's position on banning books for many years: no books should be banned.

I think it's a terrible practice.

Books should not be banned, not even if I disagree with what is written in them. Censorship is not okay.

Banning books is a horrible idea and solves absolutely nothing.

I try to read them first.

What color are the bands?

Yeah, and are they stretchy like rubber or are we talking rigid metal bands? On second thought, a metal band would be kicked out of a library for being too loud.

Authoritarian governments that ban books are an abomination.

Why is the book banned? That's a question that has to be asked.

Exactly my thought, what are the criteria and how often are they reviewed as society changes?

I have a lanyard that reads “I’m with the Banned” a play on banned books and band as in music.

Banned books are the best books.

sometimes I just want to Bitch slap people. Get a fucking life.

Censorship sucks and is totally wrong. No matter who is doing it, or why.

This book is bad for you. Says the person who has read it.

When dictators take over , the first thing they do , is burn books and dispose of the educated people . Admittedly , there are books that are so very ugly , that I do wish they were burned . On the hand , I think some instances , banning a specific book , only makes them more tempting to some readers . There are some books which , in another period of time , were banned , but which are now on the required reading lists . in some schools and colleges . I believe , "To Kill a Mocking Bird , " fit that last bit , and it was about a trial in the deep south . In some periods of time , it was the Catholic Church that published lists of banned books . As strange as it may seem , for a long period of time , the Bible was not written in a language the parrishners understood . Of course , these days , information is broadcast over the internet , and some of what is routinely published electronically , can be terrorists orientated , and threatens life , as we know it .

I can freely read the Bible, Das Capital, and Mein Kampf. These three have arguably caused more grief for humanity than any other three texts.
In light of that banning anything else seems trivial.

I remember reading a true story about a book that was banned 'The sorrows of young Werther' in l775 .The hero kills himself due to unrequited love and it set off a chain reaction in real life of young men reading it and copycatting -

When it comes to freedom of speech and self-expression, books are the written form of these things...and should not be held back from public access. 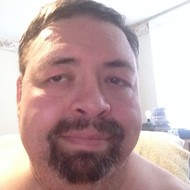 You can include a link to this post in your posts and comments by including the text q:54772
Agnostic does not evaluate or guarantee the accuracy of any content. Read full disclaimer.