Do you self-identify as a nerd?

I’m curios to see how many of us self identify as “nerds.” I’m purposely not defining nerd—feel free to leave a comment on how you define it. I’m going to do a likert scale (1 to 5). I really apologize if anyone is offended by this. I hate name calling and that is definitely not my intention.

I still wonder the difference between Geek and Nerd.

@Simeon Geek has one G, one K and two Es, Nerd has only one E

I have a NERD discount card that gives a better prices at our local electronics store.

Nerd, nut, goofball... Not sure that the term is understood the same by all people. I've always been the square peg that never had any interest in fitting in the a round hole. Like to be alone and find my most profound conversations are between me and my cats. We seem to be quite like-minded. The dog, in true dog fashion, loves us anyway (me more than the cats).

That’s pretty sexy. Sapiosexual that I am, my textual ears perked up. I’m such a dork!

If you listen to my boys I'm a huge dork also...

@jjhagen dork is hot! I should know. I’m a total dork. lol ?

I don't match some of the stereotypical traits that are often associated with nerds, social inadequacy, brainy in the hard sciences, and a number of other things you see on the tv sitcom The Big Brain Theory. My wife thinks I'm a nerd because I like reading fantasy and sci-fi, play D&D, spend a lot of time on my computer, teach history and geography, read a lot of history, and a number of other things. On the non-nerd side I don't think most nerds (whatever that term means) have a couple of tattoos, rides harleys, and been a member of a motorcycle club. But if the truth were to be told, I don't really care if someone thinks I'm a nerd or not. I don't worry about what others think. I can identify myself as a nerd and not be ashamed.

LOL. There is a song called "Sexy Nerd."

I was a nerd before it was cool

I used to do competitive lightsaber dueling..

I get nerd, geek, and dork confused sometimes, but I unabashedly love to learn about anything and everything from science to philosophy and from realistic to cartoonish, and I don't really like sports, so yeah, I think I might be a nerd.

I was a nerd before it was cool. Got bullied for it with sickening regularity.

Me too. Kids can be cruel. At least it prepared me for having unpopular views.

Glasses, check. Introvert, check. Sci-fi, check Deep passion for slightly obscure subjects, thats a triple check. I'm probably more of a geek than a nerd, because my obsessions are not quite acedemic enough to be a true nerd

My interests vary from astrophysics to genetics with a smattering of readings from Asimov, Hawking, J.R.R.Tolkein, Don Lancaster, etc.
I like to read, & I like to know things.

Maybe this will help:
some 45 or so years ago, in metal shop class (middle School) while everyone else was making bookends & bookshelves, I designed & built my own working cloud chamber. This allowed me to view alpha & beta radiation particles once emitted from s source.

My prescription eyeglasses tend to have accidents. One of the lenses in my "best" pair is glued in with superglue One of the arms is broken at the hinge, so it is taped on with electrical tape. Naturally, I put electrical tape on the other side to make sure they match.

Both of the arms on my "back-up" pair were broken, and I lost one, so I took the lenses out of an old pair of sunglasses and secured the lens frames to the sunglass frames. This repair also required a generous amount of electrical tape. I actually think they are pretty cool, sort of a 3-D look.When rude people stare and laugh at me, I inform them that they should pay attention to the styles of glasses that the CNN hosts are wearing. Soon they will all be sporting the 3-D look.

Does this qualify me as a nerd??

I consider myself a layman nerd. I love science & science jokes & memes. Still love Science Fiction. Believe intelligence is sexy. don't really have the education or training to take nerd-nes to its heights, tho!

Nothing wrong with being a nerd. Especially when you have a dirty mind to go with that. ?? 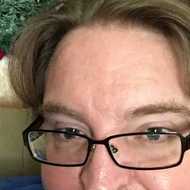 I'm a proud nerd. Years ago after my first relationship ended I realized how much nerdier I am than the majority of people who claim to be nerdy. It surprised me.

But I didn't realize how nerdy I was for a long time. I love myself.

While I am very much into horror, sci-fi, and comics/superheroes, I'm also very interested in football and was on some sports teams in high school, so I don't think I'm the "epitome" of nerdy.

@CM1965 A Packers fan!!!!! We may have some interesting chats during the season SKOL!

@CM1965 A geeky Packers fan!!! I'm a pedantic Vikings fan but we do appear to have one, and possibly only one, thing in common. SKOL!

When I was a kaid it was called being a bookworm and yes I am guilty. My friend says I could become and actual IT person like he is. I am the IT department where I work which isnt saying much since I can't do the job anymore. But I am a SCI FI lover, want to see Mars terraformed and watch all kinds of youtube videos on the topic. I want to see us clean up this world too and get ourselves under control.

If I could find a pocket protector I might indulge. I quit worrying what people thought of me long ago.

For sure some nerdy tendencies ... I loved the x files, I'm a huge reader, Harry Potter fanatic, watching documentaries or history/science tv ... some stereotypical things too ... I have asthma, crazy allergies and I would have to wear glasses, if I didn't use contacts : )

"A nerd is a person seen as overly intellectual, obsessive, or lacking social skills (introvert). Such a person may spend inordinate amounts of time on unpopular, little known, or non-mainstream activities, which are generally either highly technical, abstract, or relating to topics of fiction or fantasy, to the exclusion of more mainstream activities. Additionally, many so-called nerds are described as being shy, quirky, pedantic, and unattractive." Wikipedia

I had to look up the definition before answering this and another question arose: What is an intellectual? I would say in intellectual uses critical thinking and reason as guides and don't take things at face value. Okay, I fit that. Unfortunately, being on this site an inordinate amount of time puts me in the main part of the definition although it has helped overcome the shy part. However, weather can no longer be used as an excuse so I need to disengage from the 'nerdy' part and get involved with more or our areas "mainstream" activities.

You candd include a link to this post in your posts and comments by including the text q:58267
Agnostic does not evaluate or guarantee the accuracy of any content. Read full disclaimer.