Was Speaker Pelosi right, tactically and morally, to deny Congressmen Banks and Jordan seats on the select committee investigatiing the January 6th insurrection?

The repuklicans are never going to go along with anything the dems want to accomplish. So the dems really should just get on with it themselves and leave the fracturing repuks to their misery.

The investigation should only involve those who think January 6th was a crime. Those who do not believe that way already think it was a trip to Disneyland.

Honestly, I don't think it matters who is on the committee. I don't think anything will come of this investigation, just like nothing happened with both of Trump's impeachments. It's all for show.

Nothing happened because the gQp exonerated 45. There was nothing more to do.

You will recall that Senate Republicans blocked the calling of witnesses in Trump's second impeachment (which was all about his incitement of the January 6th insurrection). That will not be the case with this select committee. Witnesses will be subpoenaed and compelled to testify under oath (or invoke their 5th Amendment right against self-incrimination). I think there is a good chance that the public will learn new details, and come away with a clearer picture of what happened, and who was responsible. And this is as it should be. People want a full accounting, and they deserve answers. What happened in 1/6/21 was unprecedented in American history. That a sitting President would whip up a violent mob with lies of election fraud, calling for obstructing Congress from carrying out its duty under the Constitution, is unprecedented and deserves everyone's attention. Of course Trump's minions, toadies, and sycophants, just like the cockroaches they are, hate to have a bright light shone upon them. You can hear their jagged little legs scraping as they scuttle for the shadows.

@Flyingsaucesir "...the public will learn new details, and come away with a clearer picture of what happened, and who was responsible." Okay, but what will come of this new information? What's the end purpose of this committee? Go after Trump yet again? Have you seen all the books that have been written about his narcissistic personality, and his chaotic White House? Why do we need more proof? I'll tell you why. It's about money. Today's government officials, both Democrats and Republicans, function in their jobs to raise money for their parties. The more money they raise the more power they have. This committee and whatever purpose they think they have is the impetus used to solicit money for the Democratic Party. Both of Trump's impeachments were the biggest money makers for both parties in the last 4 years. You can believe some good will come of this investigation, but in my opinion it is smoke screen horse shit.

@linxminx
Well you can call it whatever you want; it is certainly a political act. But it is also, arguably, a bipartisan or even non-partisan political act. Clearly Representatives Cheney and Kinzinger (whether or not he is seated; that remains to he seen) are motivated by patriotism more than partisanship. This committee and its investigation are needed precisely because Trump continues to spew his big lie and most Republicans are not only backing him on it, but are also refusing to pass a national voter protection bill while red state legislatures are passing dozens of voter suppression bills. This public hearing is a good way to shine a spotlight on all this, and hopefully get people fired up to vote. Mind you, it will be an uphill battle. The electorate tends to be less interested in mid-term elections, and the new voter suppression laws will already be in effect. In my estimation, we stand at the edge of a precipice. We either stand up for democracy and refute Trump's big lie, or we tumble into fascism.

Yes. Those creeps had already declared their intent to scuttle the investigation.

Fuck them. It's like appointing bin Laden to the 9/11 commission.

If you want to actually investigate something, it would be good to have

Well, gee, that leaves out 99% of the repuklicans.

Absolutely. Jordan was a participant in the planning of January 6th by Trump, and Banks has defended what happened. Neither is capable of the objectivity that is needed.

Bravo, Nancy Pelosi! She is morally and tactically correct. She will not let Republicans turn the investigation into a circus act.

Republicans who believe Trump's lies about the election should NOT be on the select committee to investigate the Jan. 6 attack on the US Capitol by violent, extremist Trump supporters.

Earlier Republicans voted down investigating the January 6 US Capitol riots. They thought that was the end of it. Before they would have had 50% Republicans on the select committee. Now Nancy Pelosi controls who will be included. Haha!

By pulling out all five Republicans he proposed, Kevin McCarthy is a petulant baby.

What the Hell does morality have to do with it? He chose Jordan because he would be a disrupter and distraction. You don't need an ass clown there for something this serious. 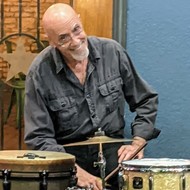 Letting them be on the investigation would be like if in the movie Silence of the lambs they deputized Buffalo Bill.
Republicans make me think of a roommate that when you suggest we should buy pizza says they don’t believe in pizza, and when it’s delivered you offer them a few pieces anyway and they complain they don’t like the toppings and demand you order one with ham and pineapple.
These two Republicans are a couple of the terrorist because they’re running interference for the insurrectionist, silly.

My pizza would already have ham and pineapple on it. It would bother me if the roommate wanted fava beans, though. I wouldn't call these two terrorists but I would call them craven, criminal, and crazy.

@rainmanjr Ham and pineapple should never be on a pizza.

You can include a link to this post in your posts and comments by including the text q:610931
Agnostic does not evaluate or guarantee the accuracy of any content. Read full disclaimer.