LINK In China and India, men outnumber women on a massive scale. The consequences are far-reaching. - Washington Post

I have one concern "popultion," The world gets closer to a tipping point every day. How do we fix it? Required sterilization after the second child? Many an ethical argument no matter how you try to do it.

My wife and I had a simple solution, we had no children, by choice. Her sisters had just two each. Her brother never married, although he had some beautiful girlfriends.

It was an unusual fact that was given to me yesterday on CNN. The country who holds first place in famale rapes is Bolivia.

Chinese woman, seven months pregnant, beaten and forcably aborted. During the " one child rule " in China. Breaking this rule would have you evicted from your apartment, sacked from work, or heavily fined. This picture appeared on the world news and created widespread condemnation. Many families managed to hide a second child from the authorities. [ The joys of communism ]

I read years ago that if you divided all the land equally amongst the people, they would have 1 yard of land each person. That is why the Chinese government implemented procreation laws, Much of the land you would divide is inhabitable. This was China's answer to deal with over population; was the one child rule.It is sad and created future problems. I never understand people who don't get simple math. If they kill or adopt out the female children, to me it is easy and very logical to understand, sooner or later you are going to have lots more men. Like those pyramid schemes. The person on top gets all the dough, the ones at the bottom keep sending money up each month. After a couple months, no more checks. You can only rob Peter so long to pay Paul, there is no more money to pay Paul and the pyramid collaspes. I actaully new some very religious people from where I worked. They took their savings for retirement and gave them to a televangelist minister. One gave $10 grand, the othr 90 grand. Then they came to me to see why the were not getting any checks anymore. UI found a Christian Science article on the interet where the government had seized all the assets. The federal government told these people they may get half on thee dollar back when they get the mess straightened out. I felt very sad for them. No one wants to see someone robbed.

Good reason to have a war.

War is on the horizon. As all these extra men can't find a woman they will want to invade another country to get women.

Lived in India long ago (1982-1983). Have followed news stories from there ever since. The dowry system is a strong tradition. Families give money and pricey gifts to the groom to marry a daughter. Therefore, sons bring in wealth, and girls are expensive. Especially among poor families, sonograms were used during pregnancy to determine sex, and females were sometimes aborted. If born, daughters (and wives) often ate what was left, after husbands and sons ate. Saw some signs of improvement, even when I lived there, but they've got a long way to go. More reading, if you're interested: [bbc.com]

Still some cultural misogynistic immorality of preferring male offspring. This is in the hands of a higher power though. That being Mother Nature, who will restore the balance by allowing the foolish interference of man to the natural ways to cause them suffering and disorder until they smarten up. Same as for man's destruction of the environment.

Scientifically, they can pretty much give you whatever sex you have eggs for,

Is that why there is a higher percentage of rapes in India. Too many frustrated men.

Why don't they just wank and get over it ? Had plenty of bad sex but never a bad wank !

do you have a stats for high rapes in India?

I never ever worry about any population crises like these. They have popped up throughout my life. Populations will naturally even out, especially when women have education, decent healthcare and access to birth control. Skews in population have happened from time to time but ultimately if a woman choses to have only a couple of children then things will settle down. When I lived in China, there were tons of places where the one child one family was more or less ignored and there were plenty of girl babies. I'd say education and healthcare are the key. In fact in future, I predict we might see massive drops in global population when health care is more widespread and fertility decreases. Look at places like NZ and Italy for example.

That is because they kill the female babies. China allows only 1 female birth per family. China considers females to have no ability to contribute to the economcs of their country and they must be cared for by the man of the house.

@Amisja yes they did.they may have stopped but they did. China has only allowed 2 children per family as long as I can remember. I have American many married friends who adopted girl children, Go read some history.

Most of the women that I've heard of in China are highly educated and prefer to focus their time on a career, rather than on starting a family.

@AncientNight They have become more progressive in China now. I know their ban on large families still exists. You know I don't know who you are but why don't you research this yourself? I am not here to spoon feed you. I have a friend who brought home 3 baby Chinese that the Chinese did not want. She has some friends. Women in the US who are unable to have children often go this route. I would rather you put your undocumented BS on some other page. Chinese women who are educated come from rich families. They are not field hands who help with crops, etc. Go away.

@BettyColeman I don't need to Betty...I lived there. The one child one family law began about 28 years ago (The children are known as the little emporers). In large parts of rural China it was commonly ignored. Farmers always need large families. Each village had a sort of nanny attached who supported families with birth control etc. Forced termination is exaggerated. What happened was second children were not given education or healthcare for free. The were considered non-persons by the state.Female infanticide has been a feature of many countries for millenia, especially those countries that denied female inheritance. It was not worsened by one child one family and certainly I have plenty of Chinese friends with daughters.

@Amisja So do I have friends with Chinese daughters here in America. I know they were trying to stop the killing of girl children, but above the picture you painted was not what I would exactly call a great female lifestyle. I would never want to marry a Chinese man, because the males give all the orders and women are always 2nd class citizens.I was an industrial electric and automation design/installation engineer. I have worked all over the US and some in Europe. There were some countries they did not send me to work because of the way women were treated. I worked with all men. They were like anyone. There were nice ones and there were ones who hated me because I had to be smarter to be considered close to an equal and if you couldn't do the work, they would think you were a suck up bitch. Well, i am no bitch, so I was smarter. My projects went in always ahead of schedule and minimal mistakes we had to eat the money for. Some no mistakes. I have worked with the Japanese and the Chinese at our GE Industrial factories. I always got along with them. I guess I am telling you I been around.Surely it does not take a math degree to realize if you don't have as many girl babies as boy babies, soon some are not going to HAVE SOMEONE TO MARRY..I am more concerned about humanity as a whole, the planet, and the animals. My biggest thing right now is fighting 45 and climate change! You know there are place. in Kentucky they can't drink the water?. Acid poisoning. My guess would be from mining. If you can't drink it I certainly wouldn't bathe in it and let in in my pores. My worries are much broader than how many males or females there are anywhere.

@BettyColeman my friends with Chinese daughters live in China.

@Amisja How many children is family allowed. If you know families in China with females, do they have male children also? What was size of biggest family ubit you knew. Not being smart, just highly interested.

@BettyColeman I knew a family with 4 daughters. Most people stuck to the 1 child rule and loads of those babies are girls. Its been illegal to deny inheritence for many years.

@AncientNight show me factual stats. I am sick of male female populations in 3rd world countries, I see no reason to keep this going. Frankly they should be fixing the issue.on their own.

@BettyColeman The Washington Post ran a very interesting article on it a few years ago. It was written by a woman that grew up in China. She's a professional free lance writer. If anyone has to look for factual evidence, it's not me!

And the reasons for that are very heinous.

Lots less population pretty quickly. They failed to think about where the on-child thing would end up in 20 years in cultures that heavily favor male offspring. But, since there are already far more people in the world than is good for the planet, "bonus benefit"! And think of the people who scorned those who kept female babies now.............nograndkids

Maybe I can find the love of my life! Sounds like I’d have a good chance. ??

There are enough surplus men, you may be able to have two loves.

I would say it would depend on if you can take order if you could marry a Chinese man. Not racist, they are raised socially different.

Could be because of the one child law they had for years.

It will be a challenging few decades for them.

All because families can only support so many children and they want their "Surename" to be passed on. It's all very primitive and heartless. 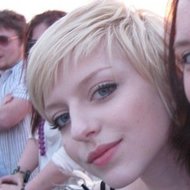 You can include a link to this post in your posts and comments by including the text q:62627
Agnostic does not evaluate or guarantee the accuracy of any content. Read full disclaimer.