LINK Why are there no eggs? Avian flu and keeping human risk low Katelyn Jetelina

Thanks to all 38,000 (!!) of you who completed the “Who are you?” survey. If you are one of those people who was told they were a robot, traffic has now slowed down now. If you have the patience to try one more time, click the link here. Thank you!!

Egg prices are up 60%, which means we are paying upwards of $5-7 for a dozen eggs. That is if you can find them.

Why? A constellation of reasons, but there is one we can’t ignore: the avian flu is hammering poultry farmers. For the general public, there’s no immediate concern, except that it’s a pain at the grocery store. However, avian flu is mutating, which may have implications for our future health. Here’s the lowdown.

Since then, more than 54 million wild and domestic birds have been infected across 47 U.S. states leading to an unprecedented outbreak. This includes 44 million egg-laying hens, hence egg prices. We haven’t detected the avian flu in the U.S. since 2016, so this new outbreak this is noteworthy.

Why does this matter?
The risk of avian flu to human health is currently very low. To demonstrate, CDC has tracked the health of more than 5,190 people exposed to birds with the virus in 2022, with one human case reported. If someone does get infected, there is no sustained human-to-human transmission. In other words, a human can typically only get it from an infected bird.

But, as Dr. Michael Osterholm said to STAT, “Any time you’re dealing with H5N1, you sleep with one eye open.” This is for three reasons:

Economic damage. On a small scale, outbreaks can wreak havoc on backyard chicken coops, which is stressful for families who are reliant on their egg and meat production. On a larger scale, outbreaks in commercial poultry farms have devastate local food supplies, affect farmers’ and employees’ livelihoods, and raise poultry prices due to a limited and strained supply. For example, an egg factory in Iowa killed 5.3 million chickens over a single case of avian influenza in the flock. This was the largest culling of commercial birds in the U.S.

High mortality rate. If someone does get infected, symptoms can range from asymptomatic to severe illness, hospitalization, and death. From 2003-2021 there have been very few human cases worldwide: 864. But, among these cases, 456 died—a 53% mortality rate.

Mutations. H5N1 has the potential to mutate into being better adaptable to humans. This can happen over time with single mutations or at one time with one big change in which large sections of the virus recombine (like with the human flu) to create a very different virus. Concern recently heightened when a European report confirmed sustained mammal-to-mammal transmission of H5N1 in Spain in October 2022 at a mink farm. The weekly mortality rate reached 4.3% per week. Scientists mapped the genome of the virus at the mink farm and found that it carried rare and previously unreported mutations. This means the virus could be mutating in a concerning direction. Many epidemiologists continue to put money on the flu causing the next pandemic. (Keep in mind that the 1918 flu was linked to the avian flu.) I cannot think of a bigger disaster than having another respiratory pandemic on the heels of COVID-19, given fatigue, polarization, loss of trust, and limited time to improve.

What to do?
Infected birds shed the virus through their mucous, salvia, and feces. Humans can get sick from breathing in the droplets or aerosols containing viral particles.

You cannot get avian flu from eating poultry or eggs. The FDA conducted a risk assessment and found risk was very low for three reasons:

Safeguards in place, like testing flocks and federal inspections;

Proper storage and food preparation at home is enough to inactivate the virus.

Right now you don’t need to do anything, unless you’re in close contact with birds. A person’s level of risk is dependent on duration and intensity of exposure. In other words, a person with one chicken in their backyard is at much lower risk than someone at a poultry farm.

Those around wild birds, such as at parks, lakes, rivers, or other waterways, need to exercise caution, including wearing PPE, washing hands, and changing clothes. If you have backyard poultry, wear a mask and wash your hands. Also, monitor the health of your flock, especially if they come in contact with other wild birds.

Commercial facilities have stepped up control measures to monitor cases and safety measures to protect their flocks, which is also contributing to increasing egg prices.

All of these practices will help you, as an individual, avoid sickness. But it will also help lower the population risk by reducing the number of times the virus mutates (and reducing the possibility of a human outbreak).

How long will this outbreak last?
We don’t know. Just like with COVID-19, it’s difficult to predict a virus’s future. The last large avian flu pandemic lasted 6 months, so the current outbreak has already been twice as long.

Bottom line
We are experiencing a record outbreak of avian flu—the largest and longest in U.S. history. It has been devastating to farmers and birds but likely only affects you at the grocery store. Epidemiologists continue to pay close attention and are crossing our fingers that we don’t see sustained human-to-human transmission.

“Your Local Epidemiologist (YLE)” is written by Dr. Katelyn Jetelina, MPH PhD—an epidemiologist, data scientist, wife, and mom of two little girls. During the day she works at a nonpartisan health policy think tank and is a senior scientific consultant to a number of organizations, including the CDC. At night she writes this newsletter. Her main goal is to “translate” the ever-evolving public health science so that people will be well equipped to make evidence-based decisions. This newsletter is free thanks to the generous support of fellow YLE community members.

Time to get your very own chicken or two and let them run around in the garden.

I heard about this from the science podcasts I follow. I gather it hasn't been covered much in the mainstream media.

There is also an epidemic of COVID-19 in the mink population. The Netherlands had all their minks killed.

As world population grows all living creatures come into more contact with each other. We're all going to be competing with viruses from now on.

I sure do love to eat chicken.

At one time, and I suspect still, vaccines like the flu were gotten from eggs. The rise in viruses often meant more eggs were needed. There are now vaccines that do not require eggs. But the BIG problem that industry wants to deny is that the continued growth of humans has put a strain on natural resources. The last time I looked meat, dairy and eggs are a natural resource. The more people found out about how chickens were kept got a lot to go to 'free range' eggs which put even more strain on the production of eggs. It also meant more chemicals (antibiotics) for the chickens housed in very close quarters. This issue and all issues related to meat production point a huge finger at the increase of zoonotic pathogens. "Response: A pathogen is a biological agent that causes disease or illness. Zoonotic pathogen refers to pathogens naturally transmitted between animals and humans." [lpelc.org]. 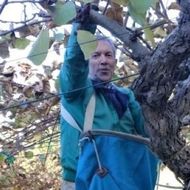 I think the factory farm model is flawed in that it is vulnerable to diseases, whether it is birds, cattle, pork or whatever. It is asking from problems to put so many animals in such close proximity to each other. They have to administer antibiotics to all the animals just to keep them from dying of common infections as a preventative measure.

The quality of the meats produced at factory farms is not as good as it was from more traditional farms. The animals have an extremely low quality of life and are under constant stress and are full of stress hormones when they are butchered. The meat is not as good or healthy when an animal has lived its entire life under stressful conditions, which also prevented them from getting normal exercise.

I gave up on buying eggs and then found a dozen brown eggs with thick shells for only $3.49 at a Shop And Save. That's about 30 cents an egg, so I might continue with eggs for a while. I hear a group of people in the West are going to get into the egg business to combat this thing and fight the high prices. This sounds good.

Zoos and other facilities which show birds are using special protocols to protect everyone. 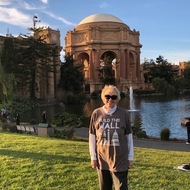 While Avian flu IS the main driver to higher prices, there appears to be what some may call price gouging or price manipulation going on as well. A watch group has requested action against such happenings.

Everyone's a thief in America. It seems to be the American Way, in fact. I think it's amazing that any other nation trusts us, for anything, at all.

@rainmanjr I think a lot of countries around the world do not trust the US one iota.

You can include a link to this post in your posts and comments by including the text q:706350
Agnostic does not evaluate or guarantee the accuracy of any content. Read full disclaimer.