We rely on members to let us know when posts contain content that violiate the community guidelines. The most common reason that content gets flagged is that it contains dehumanizing or trolling/baiting text. Getting too many flagged posts will result in account termination.
2 3

Jo Rae Perkins, a rabid follower of QAnon, an extremist conspiracy theory built around the belief that high-ranking government officials were kidnapping, abusing, torturing and killing children, a plot which has quickly spread all the way from the fringes of far right-wing social media sites, directly into mainstream Republican circles thanks to President Donald Trump, has won the Republican primary for US Senate in Oregon.

Now, if you remember, QAnon people are the nice folks who brought us “Pizzagate” back in 2016. That little tall tale resulted in a heavily-armed North Carolina man attempting a “rescue mission” of kids he believed - after watching numerous QAnon YouTube videos - were being held as sex slaves in the basement of a Washington DC pizzeria by none other than Hillary Clinton and her gang.

Sadly, for our rescuer, it turned out there were a few minor details which were in all the YouTube videos, but were actually missing when our rescuer got to the pizza joint - namely, the place didn’t even have a basement and also, well - there were no kids either. Ah, shucks and dagnamit anyway!

Anyway, back to the election. Now, I’m certainly no political strategist, but if I were Jo Rae Perkins’ opponent’s campaign manager, I’d tell him to wait until their first debate, then ask Ms. Perkins what she thinks about the possibility of the “Lizard People” secretly grabbing control of the entire US Government apparatus.

Then, all he’d have to do is simply sit back, relax, and listen to her ramble on and on and on about Lizard People for the next 45 minutes. Hell, that ought to do the trick. 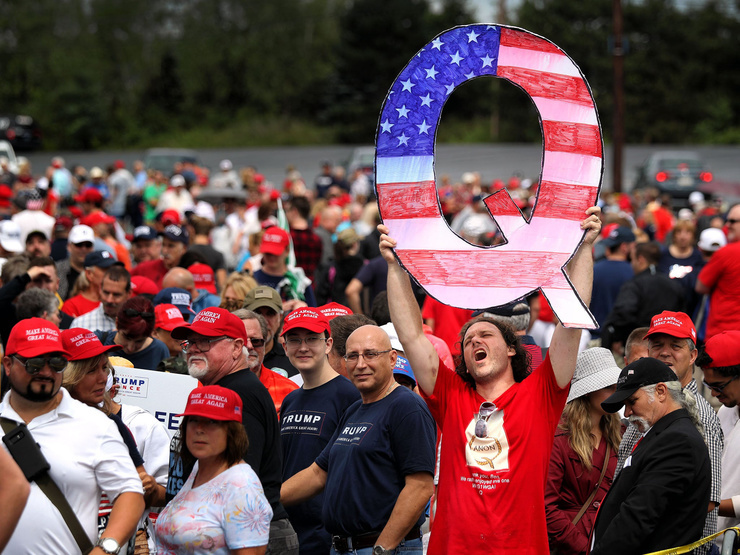 What fucking world do we live in? On another thread I am pointing out that a video put up is clearly fascist in it's demonisation of all Muslims, by people with a well publicised agenda of wanting to provoke religuious and colour based street violence across Europe and wider. And in the US, someone who really could be sectioned, has now won an important election?

This is a world where facts are irrelevant: things just become 'true' because I'm indulging my own lazy conspiratorial fantasy. We are so fucked.