We rely on members to let us know when posts contain content that violiate the community guidelines. The most common reason that content gets flagged is that it contains dehumanizing or trolling/baiting text. Getting too many flagged posts will result in account termination.
2 8

Trump Hits the Golf Course to Kick Off the Summer Season

With the coronavirus death toll nearing 100,000 and the country facing it’s worst jobless numbers since the Great Depression, President Trump apparently decided its high time to kick off the summer season by heading out to his private Virginia country club for a round of golf.

Gee, it must be a slow day at the office. Either that, or there’s nothin on TV. Anyway, the good news is our President (if he so chooses), could now tip his caddy a little extra bonus with some of that money he got on his stimulus check.

And, while the haters are gonna hate - in all fairness, no one can honestly say Mr Trump didn’t accomplish a lot. I mean, 100,000 dead and 36,000,000 unemployed? Those, my friends, are some staggering numbers! And now, it’s Miller time, and here’s to a Memorial Day like no other. Why, it could even become a campaign slogan - “America Mourns - Trump Golfs.” 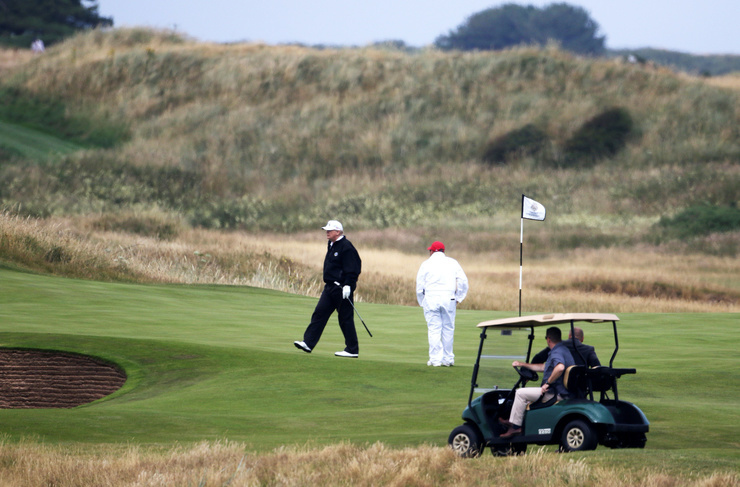