After a prolonged silence, President Trump finally commented on the massive cybersecurity breach, contradicting Secretary of State Pompeo and other top officials, by scoffing at the focus being on the Kremlin, and downplaying the impact of the intrusions. Intrusions, which the nation’s top cybersecurity agency is warning poses a “grave” threat to government and private networks. The President then suggested, without any evidence, that it may be China - and not Russia - who is behind this cyber-espionage operation.

So, President Trump is now attempting to blame everything on China instead of Russia, regardless of Pompeo’s evidence to the contrary? Sounds like Mr. Trump must have gotten an angry call from the boss. Well, I suppose this means we’re about to witness the “Last Days of Pompeo.”

Now, if you can remember, when Trump’s not blaming things on China, then he usually blaming some “400-pound guy” for all our troubles. I guess anyone but the Russians will do. But a 400-pound guy? I mean, what the hell? Does that mean Chris Christie hacked into our cybersecurity network?

But all that aside, I can understand why the President would be down-playing this cybersecurity breach. Why, I expect him to take to Twitter real soon and reassure our nation that this threat will blow over before we even know it. You know, just like that COVID thing did. 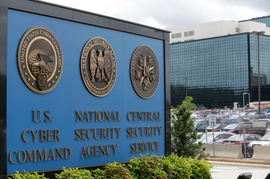 Putin has his dick so far up tRump's ass that soon we will see it sticking out of tRump's mouth.

You do give Putin a lot of credit

Yet more evidence the man is an absolute traitor to his country, and a gigantic security threat and should be locked up the moment he is booted from office, if not sooner. There are not insults strong enough for the Donald.

Posted by johnnyrobishNew Study Finds Mammals Can Actually Breath Through Their Anuses Researchers at Tokyo Medical and Dental University, have shown that it is possible for mammals to absorb oxygen through their anus.