We rely on members to let us know when posts contain content that violiate the community guidelines. The most common reason that content gets flagged is that it contains dehumanizing or trolling/baiting text. Getting too many flagged posts will result in account termination.
Visit Group Join Group
8 10

Meghan McCain, the daughter of the late Arizona Sen. John McCain and a co-host on ABC's "The View," expressed concern that Democrats are too consumed with race and sexual identity in their hiring practices, then they are with making sure “more-qualified” white men get the job.

Words of wisdom from affluenza poster child and professional descendant, "Karen" McCain - “Princess of Arizona.” By the way, I’ll just say that’s a rather “interesting” look she’s sporting there, and leave it at that. Now, before anyone gets mad, I honestly did consider giving up making snide remarks about people's appearances for Lent, but then remembered “hell, I’m not even Catholic.”

Of course, what Princess McCain is really implying here is that - if you’re a member of a marginalized group, it means you’re obviously not really qualified to hold a prominent position in government or industry. Her feeling appears to be that if we continue to insist upon giving marginalized folks equal representation in employment, then being from a prominent family with good connections, will mean nothing anymore.

Well, I hate to break it to her, but just by being some drunken frat boy from a prestigious Eastern college that your wealthy parents bought your way into, is actually not a real qualification for much of anything, other than for perhaps the classification of “nepotism” - a concept I’m quite sure Meghan McCain is very acquainted with.

I think I see the point all be it being expressed very poorly, that identity politics can be spun in such away as to simply move the prejudices and and resentments elsewhere, rather than destroy them.
No one is responsible for the actions of their ancestors, but anyone can be responsible for perpetuating their faults.
Actual equality is what matters now, treating all people as people with equal responsibilities and rights regardless of accidents of birth, in order to build a more fair future for all.

It is true that white people, especially men, have enjoyed a history of privilege. But unfairness is unfairness and two wrongs don’t make a right . If you are the person who has been passed over for a promotion, or college slot, or whatever by someone less qualified you will feel wronged, as women and people of color have felt forever. So now it is okay to let white men be miserable? How is taking your pain and inflicting it on another good? We value diversity because it improves everything, but When we fail to see people as individuals and merely members of groups, bitterness ensues. We all want to be seen as individuals. 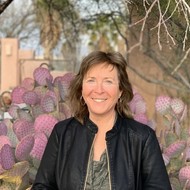 McCain is a white, privalidged, brat, who thinks far to much of herself.

She may be privileged (unless privalidged is a word I am unaware of) and likely does hold to higher opinion of herself, however your drawing attention to ethnicity as a qualifier is perhaps proving her point and would, had she been another ethnicity, been considered highly racist?

Oh poor poor White people, won't any one help them??

Poor white people also vote. But it’s another case of the lower classes encouraged to hate each other rather than face their common enemy: the rich.

Yeah, no such thing as a poor white person with no hope

Before her injury my wife worked as a senior carer for 17 years in home for the destitute and vulnerable, the ratio was about 8 to one , that is eight white people thrown aside by society, for every one person of another ethnicity.
The main cause was abandonment by family over sexual orientation or inability to cope with mental health problems.

so tell me again how poor poor White people, don't need any help

@altschmerz the world is full of despicable people, good people and people trying to get by, this why we should only judge people by what they do, not by accidents of birth.

@LenHazell53 you mean like being born black, or brown, or Asian..

@LenHazell53, @NJSnarky I was homeless,destitute and going through cancer treatments all at the sametime..I was responding snarkly at the post of McCain Whining About White Men Being over looked..I'm well acquainted with homelessness of all races. White people are the majority, same with welfare enrollment and Drug Addiction, but they ain't the Poster Child of for those issues, are they?

Or perhaps she was merely making an observation.

They think women and minority people should not be promoted or hired above white men.

Meanwhile, women still earn 81% of what men do for commensurate jobs. And black men are paid 65%, black women even less.