A federal judge has denied an effort by the National Rifle Association (NRA) to file for bankruptcy protection, ruling that the gun-rights group had filed the case in a bad-faith attempt to try and fend off a lawsuit by the New York attorney general. The hearing painted the “non-profit” as an organization that prioritized extravagant perks and insider payments to chief executive Wayne LaPierre and other executives - such as mansions, yachts, private jets, and expensive suits - at the expense of its rank-and-file members.”

Wow, one almost gets the impression that the NRA and Republicans don’t really promote the 2nd Amendment as a way to protect our democracy, but use it instead as a way to threaten our democratic system of government and any politics with which they happen to disagree. Gee, who could have known - other than anyone who still has a reasonable amount of integrity or sanity left in them?

Now, despite the ruling, angry Republican leaders vow to continue their effort to ensure that every single American citizen remains a sitting duck in a country that the NRA and Republicans have basically turned into a coast-to-coast shooting gallery - even if the NRA is no longer around to sponsor it all. Wow, is it just me, or do these folks make even the Church of Scientology look respectable?

Anyway, on a positive note for all those wonderful folks like Wayne LaPierre, Republican leaders, and other NRA executives, I wouldn’t feel too badly about this “bankruptcy petition” being denied by the courts. After all, in the hearts and minds of most Americans - the NRA will always be thought of as “morally bankrupt.” 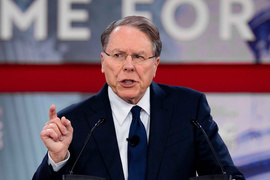 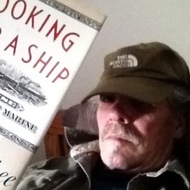 I was just coming here to post this very story; HOW MARVELOUS!

In an NRA scenario, the Jehovah's Witnesses will be knocking on your door, in their suits and ties, carrying biblys and pamphlets in one hand and an AK47 in the other.

Thanks so much my friend!