Why nobody seems to be considering, or even thinking about, a Rwanda-style intervention in Gaza I don't know. Well, maybe I do. The aggressors in Rwanda didn't have a superpower backing them up.

Come to think of it, whatever a government does to populations it dislikes on land already under its control, intervention, military or otherwise, is rare. Rwanda aside, nobody really tried to help the American Indians, the Uighurs, the Tibetans, the German Jews pre-1939, American Blacks during slavery and afterwards, the Soviet citizenry itself under Stalin. The only exceptions I can think of offhand are the Vietnamese intervention in Cambodia in 1979 and the international pressure that helped take down the apartheid regime in South Africa. Maybe Bosnia.

What to do? Damned if I know, but ending the U.S. military/financial support to SOI, comprising about four billion dollars a year, might be a start. Along with the political demise of anyone and everyone in government who votes for it or signs off on its continuation.

We have a kind of war in the US, cops vs blacks. Cops wield power and a gun, the black men shot often don't have a weapon and are complying with the orders of the police, still they are killed.

This is a list of people reported killed by non-military law enforcement officers in the United States in January 2021, whether in the line of duty or not, and regardless of reason or method. The listing documents the occurrence of a death, making no implications regarding wrongdoing or justification on the part of the person killed or officer involved. Killings are arranged by date of the incident that caused death. Different death dates, if known, are noted in the description.
The table below lists 21 people. .[en.wikipedia.org]

This is truly unfortunate because people who are for ex. Jews don't necessarily look Jewish or wear paraphernalia but blacks can't change the color of their skin. This country needs to put an end to the cops killing. It's disgraceful and we should all be embarrassed by the acts of injustice by our own PEACE officers.Many cities have areas where only blacks live and another part of town where the wealthy whites live. No one said life should be fair but we are so far from fair it's not right.

The world has long been run by the worst of humanity. Life's a pond and the scum rises to the top! 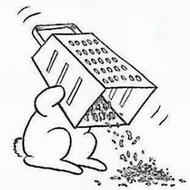 There is no simple solution to the Israelis vs Hamas. Hamas hates Israel and wants total destruction of inhabitants of Jerusalem. I doubt they will ever give up. Give an inch they want a mile. What color is the moon on your planet? Read more.
[dw.com]

WIKI: Hamas, as its name (Islamic Resistance Movement) implies, aims to liberate Palestine from the Israeli occupation, and transform the country into an Islamic state. Which of these two objectives is the primary goal is disputed.
Hamas as a whole, or in some cases its military wing, is designated a terrorist group by Israel, the United States, European Union and United Kingdom, as well as other powers.
Hamas's charter defines historic Palestine - including present-day Israel - as Islamic land and it rules out any permanent peace with the Jewish state.

Hamas has controlled the Gaza Strip since 2007, repeatedly attacking Israel. It has a number of foreign allies. But where does the terror group get the money and supplies to do it? See link above.

The 1988 Charter
The document also repeatedly makes attacks on Jews as a people, drawing charges that the movement is anti-Semitic.
In 2017, Hamas produced a new policy document that softened some of its stated positions and used more measured language.
There was no recognition of Israel, but it did formally accept the creation of an interim Palestinian state in Gaza, the West Bank and East Jerusalem - what are known as pre-1967 lines.
The document also stresses that Hamas's struggle is not with Jews but with "occupying Zionist aggressors". Israel said the group was "attempting to fool the world".

My sympathies are with the Palestinians, not necessarily with any group claiming to lead them.

There’s urban legend that Hamas was heavily funded by TelAviv as rivals of Fatah and Jaser Arafat... but that’s just nonsense... check google and Wikipedia... or Wikileaks

@AlanCliffe They allow a terrorist group to be their leaders. WTH? Seems like they don't really care enough to overthrow them and form their own government.

Israel under Netanyahu has been nothing but lies and violence toward Palestinians. What does he expect will happen when he steals their homes, and cares nothing about them as humans. Israel gets what it deserves from Hamas for murdering Palestinians daily.