According to the U.S. Census Bureau’s diversity index, both the number of White people and the White share of the population in the US, have dipped below 60 percent for the first time since 1790.

Gee, now I could be wrong, but I somehow get the feeling Fox News may have even discussed the White population decline a few times on their cable “news” programs. You know, like 4 or 5,000 times every hour. One can only imagine the scene over there at Fox, as employees desperately try and run for cover, while heads spontaneously explode throughout the entire building.

Now, while some of you may laugh, remember with fewer White people in the country, who’s gonna commit most of our nation’s “white collar” crimes, join Trump’s country clubs, purchase John Tesh concert tickets, destroy themselves with opioids, or populate our nation’s trailer parks? All I can say is, this data is incredibly alarming, and “Karen” had better call 911 immediately.

I mean - good grief! Why, this may turn out to be the biggest loss of white people, since “Custer's last stand.” The fact is, America is actually starting to look like that “Melting Pot” we were all told about in our social studies classes, way back in junior high. Of course, with global warming now blasting ahead at full throttle as it is, it looks like we’re all gonna be “melting” soon enough anyway - regardless of our ethnic identity. 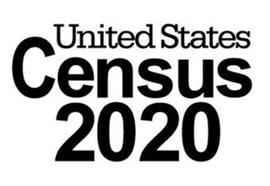 "Deep State" census professionals found a way to thwart TFG's plans to skew the data in order to screw the Dems, and the rest of the country.
You know, if SDNY should be the first to indict TFG, he could wind up in Riker's Island Prison, where the population is skewed away from white. The "Boys" may just have to either fight for that fat ass, or draw straws to see who goes first!

Pull on your adult diapers, tough

I doubt any racist sounds nearly as racist when surrounded by the race they’re racist about.
Still I’ve seen two guy of different racial backgrounds tell racist jokes at the expense of some unrepresented race.
I don’t ever respond at all to such situations, on the one hand I fear I might make the situation worse on the other hand I feel guilt because someone should explain that while they’re getting along in the moment they’re using each other as the “ethnic” friend to prove they aren’t racist to themselves but know damn well in another conversation where their friend is talking to a member of the race they were just telling racist jokes about that the racial jokes will still happen but they’ll be at your expense.
All it takes is a bit of respect and no ass kissing is necessary since multiracial ass kissing is perceived as the most desperate attempt to white wash your racism as a person can display, bad behavior.