We rely on members to let us know when posts contain content that violiate the community guidelines. The most common reason that content gets flagged is that it contains dehumanizing or trolling/baiting text. Getting too many flagged posts will result in account termination.
Visit Group Join Group
4 3

"Those Who do Not Learn From History...."

On this day in 1974, President Gerald Ford granted “a full, free, and absolute pardon unto Richard Nixon for all offenses against the United States which he, Richard Nixon, has committed or may have committed or taken part in during the period from January 20, 1969 through August 9, 1974.” Ford said he was issuing the pardon to keep from roiling the “tranquility” the nation had begun to enjoy since Nixon stepped down. If Nixon were indicted and brought to trial, the trial would “cause prolonged and divisive debate over the propriety of exposing to further punishment and degradation a man who has already paid the unprecedented penalty of relinquishing the highest elective office of the United States.”

Ford later said that he issued the pardon with the understanding that accepting a pardon was an admission of guilt. But Nixon refused to accept responsibility for the events surrounding the break-in at the headquarters of the Democratic National Committee in Washington, D.C.’s fashionable Watergate office building. He continued to maintain that he had done nothing wrong but was hounded from office by a “liberal” media.

Rather than being chastised by Watergate and the political fallout from it, a faction of Republicans continued to support the idea that Nixon had done nothing wrong when he covered up an attack on the Democrats before the 1972 election. Those Republicans followed Nixon’s strategy of dividing Americans. Part of that polarization was an increasing conviction that Republicans were justified in undercutting Democrats, who were somehow anti-American, even if it meant breaking laws.

In the 1980s, members of the Reagan administration did just that. They were so determined to provide funds for the Nicaraguan Contras, who were fighting the leftist Sandinista government, that they ignored a law passed by a Democratic Congress against such aid. In a terribly complicated plan, administration officials, led by National Security Adviser John Poindexter and his deputy Oliver North, secretly sold arms to Iran, which was on the U.S. terror list and thus ineligible for such a purchase, to try to put pressure on Iranian-backed Lebanese terrorists who were holding U.S. hostages. The other side of the deal was that they illegally funneled the money from the sales to the Contras.

Although Poindexter, North, and North’s secretary, Fawn Hall, destroyed crucial documents, enough evidence remained to indict more than a dozen participants, including Poindexter, North, Defense Secretary Caspar Weinberger, National Security Adviser Robert McFarlane, Assistant Secretary of State Elliott Abrams, and four CIA officials. But when he became president himself, Reagan’s vice president George H.W. Bush, himself a former CIA director and implicated in the scandal, pardoned those convicted or likely to be. He was advised to do so by his attorney general, William Barr (who later became attorney general for President Donald Trump).

With his attempt to use foreign policy to get himself reelected, Trump took attacks on democracy to a new level. In July 2019, he withheld congressionally appropriated money from Ukraine in order to force the country’s new president, Volodymyr Zelensky, to announce he was opening an investigation into the son of then–Democratic presidential hopeful Joe Biden. That is, Trump used the weight of the U.S. government and its enormous power in foreign affairs to try to hamstring his Democratic opponent. When the story broke, Democrats in the House of Representatives called this attack on our democracy for what it was and impeached him, but Republicans voted to acquit.

It was a straight line from 2019’s attack to that of the weeks after the 2020 election, when the former president did all he could to stop the certification of the vote for Democrat Joe Biden. By January 6, though, Trump’s disdain for the law had spread to his supporters, who had learned over a generation to believe that Democrats were not legitimate leaders. Urged by Trump and other loyalists, they refused to accept the results of the election and stormed the Capitol to install the leader they wanted.

The injection of ordinary Americans into the political mix has changed the equation. While Ford recoiled from the prospect of putting a former president on trial, prosecutors today have seen no reason not to charge the people who stormed the Capitol. More than 570 have been charged so far.

Yesterday, a 67-year-old Idaho man, Duke Edward Wilson, pleaded guilty to obstruction of an official proceeding and assaulting, resisting or impeding certain officers. He faces up to 8 years and a $250,000 fine for assaulting the law enforcement officers. And he faces up to 20 years in prison and a $250,000 fine for obstruction of an official proceeding.

This law was originally put in place in 1871 to stop members of the Ku Klux Klan from crushing state and local governments during Reconstruction.

If Wilson is facing such a punishment for his foot soldier part in obstructing an official proceeding in January, what will that mean for those higher up the ladder? Representative Eric Swalwell (D-CA) has sued Trump; Donald Trump, Jr.; Representative Mo Brooks (R-AL), who wore a bullet-proof vest to his speech at the January 6 rally; and Trump’s former lawyer Rudy Giuliani, who also spoke at the rally, for exactly that: obstructing an official proceeding.

Lawyer and political observer Teri Kanefield writes on Just Security that there is “a considerable amount of publicly available information supporting an allegation that Trump and members of his inner circle intended the rallygoers to impede or delay the counting of electoral votes and certification of the election.” She points out that the rally was timed to spur attendees to go to the Capitol just as the counting of the electoral votes was scheduled to take place, and that in the midst of the attack, Giuliani left a voicemail for a senator asking him to slow down the proceedings into the next day.

At the end of the Civil War, General U.S. Grant and President Abraham Lincoln made a decision similar to Ford’s in 1974. They reasoned that being lenient with former Confederates, rather than punishing any of them for their attempt to destroy American democracy, would make them loyal to the Union and willing to embrace the new conditions of Black freedom. Instead, just as Nixon did, white southerners chose to interpret the government’s leniency as proof that they, the Confederates, had been right. Rather than dying in southern defeat, their conviction that some men were better than others, and that hierarchies should be written into American law, survived.

By the 1890s, the Confederate soldier had come to symbolize an individual standing firm against a socialist government controlled by workers and minorities; he was the eastern version of the western cowboy. Statues of Confederates began to sprout up around the country, although most of them were in the South. On what would become Monument Avenue, the white people of Richmond, Virginia, erected a statue to General Robert E. Lee in 1890, the same year the Mississippi Constitution officially suppressed the Black vote. Black leaders objected to the statue, but in vain.

Grant's leniency toward the South worked so well to instill loyalty to the Union, the Civil War is still going on to this day!

Supposedly a time capsule was placed in the statue. As of yet that capsule has yet to be found.

As a non-American member here…I thank you for such a clear and concise account of these incidents from your political history, which has filled in a few gaps in my knowledge. It shows there is clearly a direct line of subversion of democracy by the Republican Party, including elected officials and past Presidents, from the 1870s up until Jan 6th 2021. 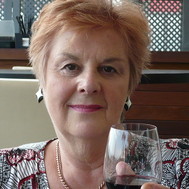 My pleasure. American racism has been eroding the basis of our democracy from the get go. If you read "A People's History of the United States," by Howard Zinn, you will learn so much more.
After the Civil war, John C. Calhoun was an outspoken champion of bigotry in the country, and he inspired one James(?) Buchanan, who then connected with Charles Koch, and the rest of that story is still more awful history reaching into the very present.