Only 1000 Turn Out for MAGA Conspiracy Theory Conference in Utah

Even though promoters of a two-day pro-Trump MAGA “Western Conservative Action Network” conference boasted they expected over 10,000 participants, only 1000 people actually showed up to hear speakers like headliner Michael Flynn wail about communist ideologies in government and schools, mask mandates, alternative cures for the coronavirus, and election fraud. One of the highlights of the conference was conspiracy theorist Leigh Dundas, who warned the crowd of a recently launched plot by former Soviet Premier Nikita Khrushchev, to replace the U.S. government with a full-fledged “communist dictatorship.”

Wow, who knew Nikita Khrushchev still walks among us? All I can say is, the Kremlin sure must have done a much better job preserving him than they did with Vladimir Lenin. Now, for all you libtards who scoff at all the conference’s “communist” references, rumor has it that Khrushchev’s been sharing a Bronx apartment with none other than Rep. Alexandria Ocasio-Cortez. Now, tell me that arrangement wouldn’t make one helluva terrific reality TV show!

Conspiracy theorist Dundas further pointed out that one of the main things the socialist, fascist, communist Democrats love to do when they hold office, is to get rid of all of the obscenity laws we have here in the US. That way, they’ll be completely free to normalize all their favorite deviant sexual practices. Hey, now wait just a minute! That’s taking things a bit too far. Why, for crying out loud - just who the hell do they think we libtards are anyway - Baptist youth ministers or Catholic Priests?

Anyway, before we judge this entire event as a total failure, remember this low turnout may very well be due to the fact so many Trump supporters are now either dead from COVID, in jail after getting busted for homemade meth labs, or simply prohibited by the courts from consorting with other felons. Besides, Trump wasn’t even at the conference. I mean, what’s the point of going to a clown show, without the clown? 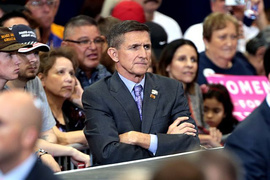 Now now let's not get our deluded loon convention undies in a bunch. The 9,000 very fine people who didn't show up would have but they gave all their money to Trump to prove the 2020 election was stolen in Arizona, Texas, Georgia and other states and for Trump's legal defense and on Trump swag and.... and..... and

Bunch of nut balls, all of them!

I love being a deviant..