We rely on members to let us know when posts contain content that violiate the community guidelines. The most common reason that content gets flagged is that it contains dehumanizing or trolling/baiting text. Getting too many flagged posts will result in account termination.
Visit Group Join Group
8 7

After a MAGA parent’s unhinged claim at a Michigan school board meeting about “unisex bathrooms” in her child’s school having “litter boxes” in them for kids who identify as “furries” went viral, Meshawn Maddock, the pro-Trump co-chair of Michigan’s Republican Party - immediately smelled pure gold and began promoting this bogus conspiracy theory everywhere. Even though the story was completely false, many parents became extremely upset and panicked over the matter, so much so that Midland Public Schools (MPS) Superintendent Michael E. Sharrow was forced to take to the airwaves and “officially” deny rumors of “school bathroom letterboxes.”

Now, is it just me, or does it seem like these days, all it takes is for some MAGA half-wit to publicly make some completely outrageous claim - no matter how batshit crazy it may be - and Republicans will immediately scramble to pass a law to try to “ban it” - even though the thing they supposedly banning, doesn’t even exist. Hell, it appears about the only thing MAGA Republicans won’t believe at this point, are facts.

Now, to demonstrate how nicely all this works for the conspiracy crowd, shortly after the Michigan GOP publicized this “litter boxes in bathrooms” warning, MAGA parents began reporting children “coughing up furballs.” Perhaps worse, others said they were forced to head over to Petco and purchase “scratching posts,” just to protect their home furniture. Luckily, these are parents who’d have plenty of ivermectin on hand, should their kids get worms.

And, it doesn’t stop there folks. Scores of MAGA parents reported that after school, kids came right home and went directly up to their rooms to watch the musical “Cats,” instead of going to the rifle range for their AR-15 target practice. Now, I suppose if there is anything positive to come out of this, it would be that so far - no parents have reported having to have their child spayed or neutered. That’ll last, till they start spraying on furniture - to mark their scent. 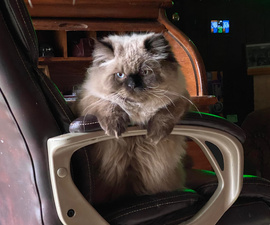 Good one!! I clicked on the cat photo not the headline so I'm about half way through the first paragraph when I think - WAIT, this has gotta be Johnny's work. Scroll down and yes LOL! TOO funny

Which becomes a reality to their subliminal lives!!!

In other words they are mentally insanely fucked up!!! 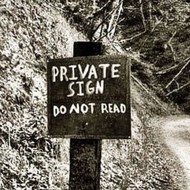 This is my cat by the way - lol 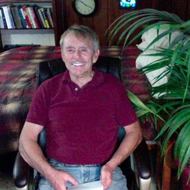 They are the kings of misinformation

Yup. Any insanely stupid accusation is seen as gold for the MAGAt pols and followers. I mean they waited a week for JFK JR to pop into existence in Dallas..I was shocked that neither Teddy Boiii nor Looney Louie didn't make miracluous appeappearances..now if you'll excuse me, I have multiple furballs and a litter box to clean up after last nights FurrieFest..

Meshawn gonna go to jail for trying to push fake electors so she can peddle her conspiracies there and see how far it gets her.

I thought they would need straw; aren't more young kids into horses than cats?