We rely on members to let us know when posts contain content that violiate the community guidelines. The most common reason that content gets flagged is that it contains dehumanizing or trolling/baiting text. Getting too many flagged posts will result in account termination.
Visit Group Join Group
2 7

The Global Vision Bible Church, headed by White Christian Nationalist and rabid Trump supporter Pastor Greg Locke, boasts millions of followers and has gained national attention through its book-burning, using neo-fascist “Proud Boys” members as security guards, defying mask mandates, labeling the coronavirus as a “fake pandemic,” preaching election fraud, and urging followers to attack those whom Pastor Locke considers “demonic spirits” - people with mental disabilities, “objectionable” cultural or political beliefs, and folks with a “sinful” sexual orientation. That said, his radical views, including bragging about attending the January 6th insurrection, along with the large and frequently rowdy crowds he attracts to his services, have divided not only the community, but also families within the town of Mount Juliet, Tennessee, a mostly white community of 39,000 just east of Nashville.

So, we have Pastor Greg Locke, with millions of followers and drawing over a thousand people for Sunday services - pushing a toxic mix of white supremacy, Christian nationalism, homophobia, and fascism? Now, I suppose some may find that rather disturbing, but I choose to believe those folks are only attending his church because they’re unable to get decent cable reception in that part of Tennessee. And, let’s be honest - he does put on one helluva show. Why, every Sunday - it’s like a circus, and Greg Locke is the clown who runs it all.

Hell, Pastor Locke even has cute little “silver puke buckets” placed at the end of each aisle in the church, serving as convenient receptacles for his parishioners when they need something to “cast out their demons” into. Now, I don’t know anything about “casting out demons,” but I do know that after listening to one of Pastor Locke’s sermons, I most definitely would be in need of one of those handy “puke buckets,” and it wouldn’t even need to be silver.

Makes me wonder, does anyone remember way back when folks were hopeful the 21st Century would bring about a “better world?” Whatever happened to that? How’d we end up with things like the Global Vision Bible Church? A place where snake handling and speaking in tongues - meets neo-fascism. Frankly, if its Greg Locke himself who’ll be handling those serpents, then I’m rooting for the snakes. Hell, everyone has their favorite team, and I say “Go Vipers!”
*
If you’ve enjoyed what you’ve just read, please consider joining me at 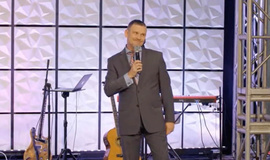 Wait what - the house of the Lord needs security from the Proud Boys. And what are these Proud Boys protecting Locke's Church from? Proud Girls - because we know what misogynists evangelicals are - with their little dinkies and big mouths. But more to the point - isn't the Lord all powerful can't the androgynous Lord protect the "Church" ? How has he/she/it equipped the Proud Boys to fend off the Devil and his Godless atheist minions. Do they hold up a cross, shoot a silver bullet, do they guard the offering bucket and make sure it is full - what do they protect? A mystery it is.

It's only a matter of time until Greg Locke is caught in a restroom having sex with an underage male.

Gay-hating loudmouths tend to hate their own sexual attraction to men.

Isn't that so true!