We rely on members to let us know when posts contain content that violiate the community guidelines. The most common reason that content gets flagged is that it contains dehumanizing or trolling/baiting text. Getting too many flagged posts will result in account termination.
Visit Group Join Group
7 11

Clarence Thomas is Trying to Destroy Miranda rights and end the Environmental Protection Agency’s power to protect the earth.

Until yesterday, it was hard to imagine how Supreme Court Justice Clarence Thomas could have made the Court’s term any worse. Thomas is considered the ideological godfather of an emboldened, far-right majority on the Court that in the past week alone weakened Miranda rights for people detained by cops, removed the Environmental Protection Agency’s power to actually protect the environment and obliterated the national right to an abortion for women.
LINK;
[msn.com] 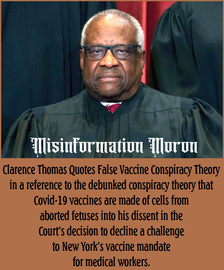 To be honest, the government should pay bigger attention to our environment. A great step would be to use more biodegradable materials like the ones from yifupacking.com. It's a big problem that our planet is being polluted by plastic. Don't you think it's time for us to change our habits? If we all start using more environmentally friendly products, our planet will be much cleaner and safer for future generations! It might sound like a small thing, but it's a big deal. Biodegradable materials can help reduce pollution and keep our planet clean, which we all want! 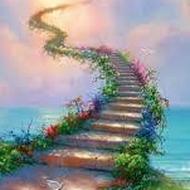 The man is not only an idiot, he is also a dangerous idiot.

He can't even get his facts right, so how on earth can he be trusted to get his law right?

Because of course he did.

He has never belonged on the Supreme Court, much less any court. He was pretty much silent for most of his time on the bench and now we know why. He’s basically an ignorant, ring wing, religious extremist ideologue sexual harassing traitor who spouts idiotic conspiracy theories and patriarchal nonsense. His votes should all be suspect because he has accepted money and favors from people who had cases in his court. He should be de benched, disbarred and jailed. And I mean that in the most respectful way.

The court has only begun its destruction based agenda. Coming up - LGBTQ+ rights; voting rights; contraception (the rich and powerful want more babies for their consumer economy); states' ability to choose its reps over the voters; and on-and-on.

And impeach those that lied to get confirmed, we have the right to expect ethical behavior from our courts.

He needs to be pilloried and ejected from SCOTUS.

Look at those cold, dead eyes! That man is seething hatred.