At a recent campaign event, Trump-backed Pennsylvania Republican gubernatorial candidate Doug Mastriano told a wildly enthusiastic crowd that after he is elected, he would immediately ban Critical Race Theory, remove all the graphic pornographic books, and eliminate pole dancing from Pennsylvania’s elementary schools. Mastriano made these claims, in spite of the fact that there is no evidence whatsoever any of these things even exist in Pennsylvania’s school system.

Frankly, that makes me wonder if “pole dancing” is currently the prerequisite for “lap dancing” in the Pennsylvania school system? Of course, I haven’t seen a class syllabus, so I’m just guessing. Anyway, what I find odd is Mastriano says he’ll allow no more graphic pornographic images in Pennsylvania schools, because that would basically mean no pics of Melania Trump could be displayed.

That said, who can blame Republicans for promising to protect us from things that aren’t actually real? After all, it's much easier to campaign against a threat that doesn’t really exist, than something that does. That way, if you ever do happen to get elected, you’ll never actually have to do something about it, because there's nothing to do anything about. Mark my words, if Mastriano is allowed to ban pole dancing, strip poker could be next.

Ironically, Mastriano’s campaign slogan is "Walk as Free People!” Of course, the slogan’s fine print does have a disclaimer that reads “Offer does not apply to Jews, Muslims, women, people of color, the LBGTQ+ community, immigrants, vegetarians, wiseacre elites with smartypants degrees, and people who have house cats.” Now, I think about the only question voters need answered is, could Doug Mastriano - actually be dumber than Herschel Walker? 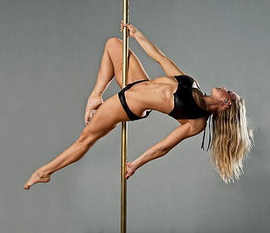 That would be important to outlaw pole dancing in public schools. There is a critical race. That's my theory.

The only difference between Walker and Mastriano is that Mastiano doesn't have his own secret children campaigning against him.

That is spot on, Glenn!

I’d say it’s a toss up between Walker and Mastriano as to who is the more dumb! They are both pretty damned stupid!!

Walker is just an idiot. Mastriano is an evil xtion nationalist traitor.

What's next? No more floor exercises in gymnastics? They've already outlawed the furry kids Cat Boxes in bathrooms, and kindergarten CRT..when will the madness stop?

That made me laugh out loud! Now, my cat thinks I'm nuts.

@johnnyrobish I think most housecats already think that most hoomans are nuts...