We rely on members to let us know when posts contain content that violiate the community guidelines. The most common reason that content gets flagged is that it contains dehumanizing or trolling/baiting text. Getting too many flagged posts will result in account termination.
2 1

A Pennsylvania woman, who seriously injured two people in an auto collision, told police she feels absolutely no concern or remorse for her victims - claiming God told her to drive into oncoming traffic as a “test of her faith in God."

Gee, she drove into oncoming traffic because God was testing her faith? Not to sound skeptical, but it sounds more to me like God was actually testing to see how much her insurance rates would go up.

Anyway, my suggestion for her is - next time you feel that God wants to test your faith, how about stepping in front of a bus or driving over a cliff - and stay the hell off our highways!

Hope they take her license away, and if she complains about “how am I supposed to get around,” just tell her “God'll take care of it for you.” Hell, Jesus got around on foot, what makes her so special?

Anyway, guess it’s about time to cue up all the good folks over at Fox and Friends - to claim that by arresting her, Pennsylvania Police are denying her right to practice her religion. 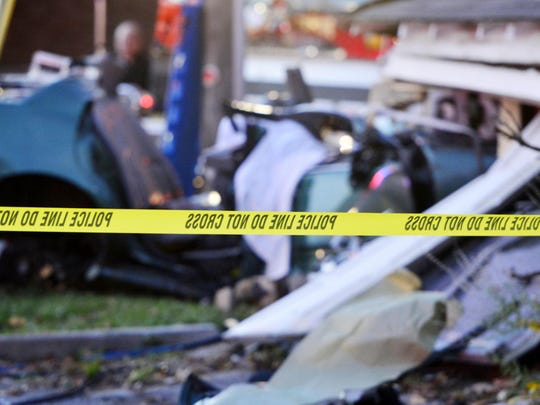 The snake people only hurt themselves. Jehovah's Witnesses, Scientologists and Christian Scientists hurt not just themselves but sometimes are responsible for their kid's life and death choices but this woman didn't care even about an anonymous individual. She certainly shows her Christian values.

She should have been a snake handler. At lest that way she would have only hurt herself.