Now wait a minute, let me get this straight. Trump was just impeached for pressuring foreign nations to help him throw America’s 2020 elections, yet we’re supposed to believe it’s these countries who pose threats to our national security?

Gee, this has to be a mistake. Perhaps someone just misinterpreted something when they translated the President’s order from “Trump to English.” Oh well, on a positive note - at least we’re still welcoming immigrants from Slovenia.

So, what happened? Apparently, someone must have handed Trump a map of Africa. You know, one with writing on it - not like the one Mike Pompeo’s been handing out to NPR reporters.

Now my guess is - Trump’s probably never even heard of any these African nations he’s implementing the travel bans on. All he knows is, they have lots black people in them. 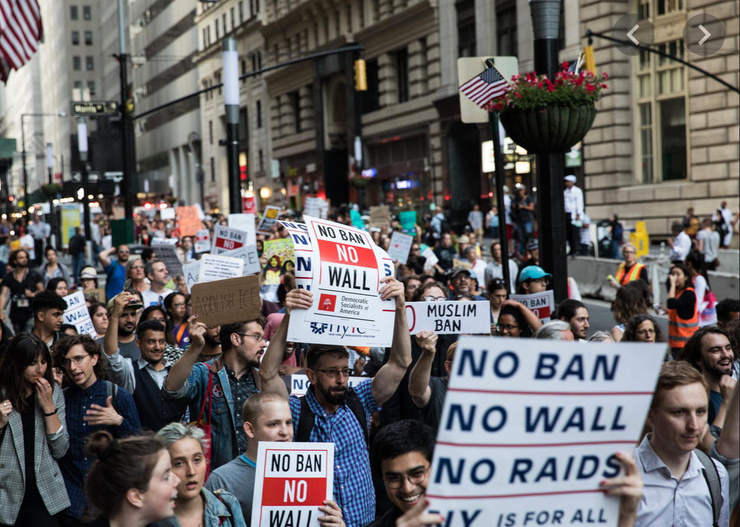 As always a racist first and foremost