We rely on members to let us know when posts contain content that violiate the community guidelines. The most common reason that content gets flagged is that it contains dehumanizing or trolling/baiting text. Getting too many flagged posts will result in account termination.
3 3

During an extremely divisive State of the Union address, Donald Trump awarded talk-show host Rush Limbaugh the Presidential Medal of Freedom for his “decades of tireless devotion to our country.”

Perhaps the biggest surprise of the evening was that Melania Trump herself was on hand to drape the medal around Mr Limbaugh’s neck. And while Melania did a decent job presenting the medal, I still think Vince McMahon would have been a better choice.

That said, one wonders where Melania finds time to do all this, given all the hard work she’s been putting into her "Be Best” campaign. Of course, Melania’s “Be Best” campaign is all about bullying and, as we all know, so is Rush Limbaugh - so I guess it all makes sense.

Hell, it just seems like yesterday when Rush was telling listeners how Michael J. Fox was faking having his Parkinson’s and asking why “all composite pictures of wanted criminals seem to resemble Jesse Jackson?”

Why, if one weren’t of a Republican persuasion, one might think Donald Trump has managed to transform our cherished Presidential Medal of Freedom - into little more than a cheap bowling trophy. 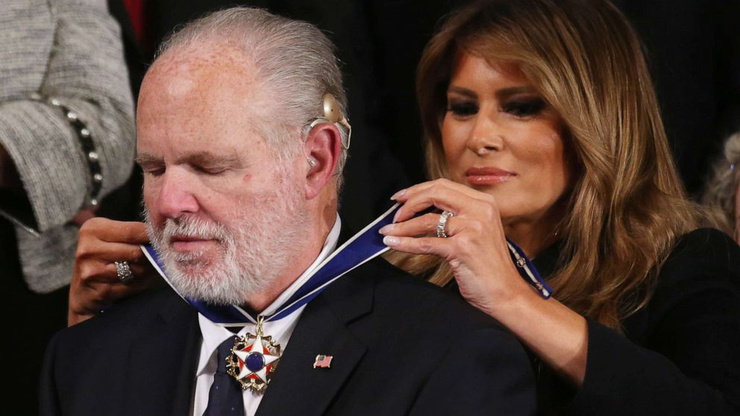 If ANYTHING ever made me want to barf - this is it. 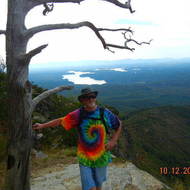 Shame on Trump and the Republicans for applauding, and awarding that horrible racist, narcissist, drug addict, xenophobic talk show host who made fun of people who didn't use tobacco just a few years ago.