We rely on members to let us know when posts contain content that violiate the community guidelines. The most common reason that content gets flagged is that it contains dehumanizing or trolling/baiting text. Getting too many flagged posts will result in account termination.
1 5

After initially labeling the coronavirus a hoax and proclaiming they would never take part in an EU effort to acquire more ventilators because “we are no longer a member of the EU,” the conservative UK government at Downing Street is now claiming they failed to take part in the ventilator acquisition plan - because they didn’t see the emails.

Gee, not to be overly cynical, but that sounds strangely similar to one of those tall tales which fellow white nationalist and American President Donald Trump is so darn fond of spinning.

In fact, I believe it’s commonly referred to as the “dog ate my e-mails” defense in legal circles - but, as you know, I’m not an attorney, so please make sure to consult with reputable legal counsel before actually using that excuse.

So, it appears that after Brexit, those celebratory conservative Tories must have just said “screw them,” and decided to send all future e-mails coming from the European Union into their spam folder.

It’s kind of too bad too, because as luck would have it, Brexit hero Boris Johnson may one day have use for one of those ventilators, seeing as he’s just tested positive for that pesky coronavirus. Funny how Karma works, isn’t it? 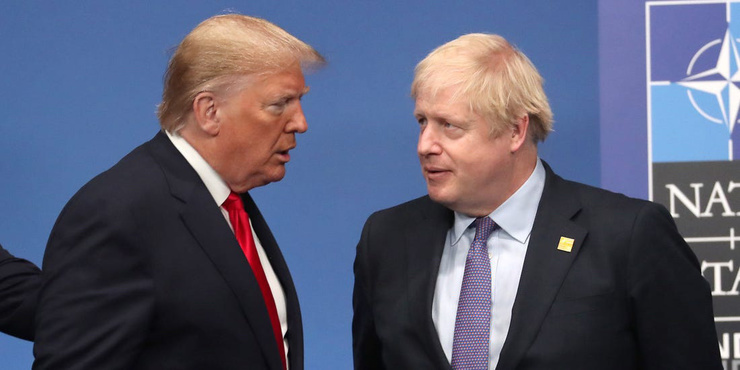