We rely on members to let us know when posts contain content that violiate the community guidelines. The most common reason that content gets flagged is that it contains dehumanizing or trolling/baiting text. Getting too many flagged posts will result in account termination.
Visit Group Join Group
1 4

House Was Warned Giuliani Was a Russian-Manipulated Asset

It’s being reported that as early as January of 2019, the intelligence committee warned Capitol Hill and the House that Rudy Giuliani was “a target of a Russian intelligence operation, designed to feed disinformation along to President Trump and the House.”

Now, just wait a minute! You mean to tell me they tried to warn the President that Rudy Giuliani may be a Russian asset? You can call me crazy, but what’s the point of warning Russia’s primary asset - that his personal attorney may also be a Russian asset?

Meanwhile, Michael Cohen says the real problem with Giuliani is that he’s drunk most of the time, and all his faculties are pretty much gone. Gee, you mean to tell me that “America’s Mayor” Rudy Giuliani, who was once considered “Mr. 9-11,” has now transitioned into “Mr. 90-proof?” Damn you John Barleycorn!

Well, it’s sure comforting to know that our foreign policy is basically being dictated by a murderous Russian despot, who’s passing along false information to a drunk, who then relays it all to a madman, who has somehow managed to convince 40% of the country that he’s the legitimate President of the United States. Hell, maybe it’s time we all join Rudy, and just stay drunk. 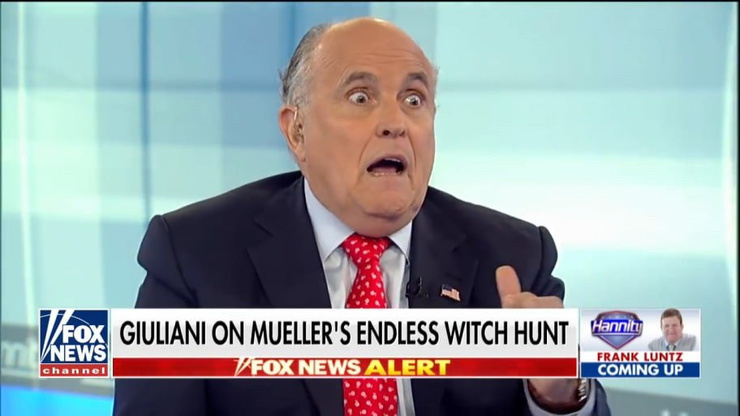