I suspect some of you have enslavers in the relatively recent branches of the family tree. Who's willing to go this far to begin remedying a historic wrong on these shores?

...“My family owned seven people,” Ms. Marshall said. She wanted to know how to make it right.

Mr. Raiford was as surprised as anyone in the room. “Those older guys have probably never heard that from a white lady in their entire lives,” he recalled.

For almost three years now, with the fervor of the newly converted, Ms. Marshall has been on a quest that from the outside may seem quixotic and even naïve. She is diving into her family’s past and trying to chip away at racism in the Deep South, where every white family with roots here benefited from slavery and almost every Black family had enslaved ancestors.

“I don’t have a lot of money, but I have property,” she said during a walk on her farm last winter. “How am I going to use that for the greater good, and not in like a paying-penance sort of way but in an it’s-just-the-right-thing-to-do kind of way?”

It’s not easy finding anyone in this farming community of 26,000 she can talk to about white privilege, critical race theory or renewed calls for federal reparations. She can’t even get her cousins to stop flying the Confederate flag. It’s about heritage, not hate, they tell her...

Individuals should be held accountable for their actions, not their offspring. 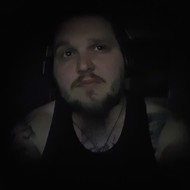 My family is not related to u.s. slavery. But do you know who are. Most African Americans. The slave owners fornicated with female slaves to increase their number of slaves for free.

Posted by KilltheskyfairySounds like a good idea to me! Governments needs to push back against the price gouging by making big oil irrelevant with subsidized public transportation, green energy, and infrastructure that ...

Posted by johnnyrobishNewsmax Host Says Instead of Gun Laws - Have Kids Wear Armored Vests While ridiculing actor Matthew McConaughey for his impassioned White House speech about the mass school shooting that occurred ...

Posted by KilltheskyfairyElon is just trying to get better stock prices. Can we have more public transportation, please?