On English tv.A baby has severe brain damage.No chance that it will have any quality of life.The parents are in court to stop the medical profession from turning the machine off.Only God can make the decision!!!

I can only be on my child side. Not the case but I remember my first born being very active inside mom's belly. The first time she felt there was no movement and thought the baby had died I remember her naked taking a shower crying because baby wasn't moving. The moment we arrived to the hospital baby back to herself. But the image of her crying while taking a shower is still on me. As it it was yesterday. My babies = my flesh and blood. Is not about Fucking god or Fucking science is about Flesh and Blood. 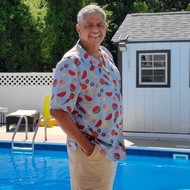 Then god should have to pay the astronomical medical bills. But remember, god doesn't make "mistakes" so the parents believe it will all work out if they pray enough. 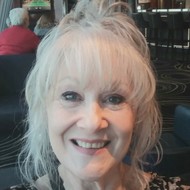 I don't believe in torturing a small child because his parents are unable to accept the reality of his situation.

If not for the machine, the child would've died? Because a god made him that way?

you got right by the child

It's a sad decision for the parents.

Tough times. My daughter was born 3 months early at 2 lbs, 5 ounces. Surviving by intravenous tubes over her tiny little body. She fit in the palm of my hand. There were babies in the ICU who needed oxygen or breathing tubes. Its a nightmare for first time parents. 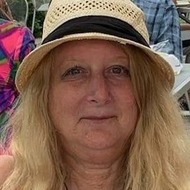 But @sassygirl3869 unlike 99% of parents we had them longer in our lives - for three irreplaceable months.

I have a friend whose daughter has been unable to get pregnant. She had set up a go fund me to pay for In vetro fertilization because they used up all their savings on a failed one.

I just love it when people invoke God when it suits them.

I have a friend who has a go fund me page going for anyone to give money for an IV. They have a healthy little son and I am uncomfortable their decision. It puts friends and family on the spot to donate and yes it's in poor taste. There are seemingly endless go fund me requests and many are far more needed than this one.

@rioranchopeach In all fairness there are also a lot worse campaigns.

There are hospital ethicists who will work with family and staff on this complicated issue.

I see no problem in them doing this as long as they are paying the bills. Because this is a case in the UK, it is under their healthcare system and the parents are not paying the bill directly. The bill is being paid by all citizens. If they wanted to be absolutely fair about this case, the citizenry of the UK should be made aware of all the details of the case, then they should vote to determine the outcome. That being said, please understand that I am not familiar with the case or its circumstances so anything differing from the assumptions I've made would affect my answer considerably --- all the way to negating it altogether.

So, I did a bit of searching and found the 'factual information' regarding this case and now find myself in accord with the judge's decision to allow the hospital to pull the plug and allow little Charlie Gard to die with dignity. This in spite of the parents getting 1.2 million British Pounds through a crowd funding effort to take him to the US where they would be footing the bill directly. The facts of the case are that even if the treatment (experimental in nature) were to have been successful, little Charlie would still be severely brain damaged and require assistance and support to maintain his vitals for the rest of his life. He would essentially have been imprisoned to machines keeping him alive with no hope for a productive or satisfying life of any kind. The facts of the case show a situation completely different from the headline description given here and in several articles that were heavily spun for agenda purposes. It is indeed a sad case, and I feel deeply for the parents, but I think their resistance was based at the emotional level completely and quite selfish (recognizing that they certainly don't see it that way). The only positive note in this case is that the parents have determined that the funds raised for Charlie will be used to support research into this disease. I applaud them for that gesture, and I still feel deeply for them in spite of what I think was proper in the end.

Hi,it was good of you to take the time to research this case.There has been two such cases in the last few years.This child has no hope.Why the parents would want to volunteer a life of looking after a severely disabled child is beyond me.We have a son that was born with benign brain tumours.He don't speak,he's severely autistic,he self abuses and fits.It pains me to say this but if we have had the choice of a termination,even knowing what we no know,we would have.We mourn for the life he should be having..We were told by my religious in laws .Its gods lesson.This is why I an atheist.Relgion didn't concern me .Now it does..Keith

@Diddsdad -- I have worked in Special Education and dealt with parents of marginally functional children. There is the key word -- 'functional'. In the case of poor Charlie, he stood no chance of ever being even marginally functional. And yes, I do understand where you're coming from and I find the mere idea of "It's god's lesson," or "Everything happens for a reason," or "He has a plan for every life," to be utterly despicable. I wish you well, Keith.

There is no god to decide anything. The parents are only prolonging the inevitable. Besides, I think this story resolved itself a while back.

You can include a link to this post in your posts and comments by including the text q:17447
Agnostic does not evaluate or guarantee the accuracy of any content. Read full disclaimer.