I have often wondered how the f-word became the most foul word in the universe. Was it randomly picked, a roll of the dice, did 'they'. the morons, pick it from the hat? In Nederlands "fokker" just means the vocation of "breeder" of horses, sheep, whatever.

Why not make it murderer, torturer, rapist, trophy hunter, or any number of other options. As to fuck - a pleasing enough way to pass an hour - but a weekend making love is so much better

I agree with you so fully.

The 'F' word is Anglo-Saxon slang, for the act of nooky-wooky. Its literal meaning is "to bang two objects together".(They said "fuckin" ). The 'P' word ("pysse" in Anglo-Saxon), meant the act of urination. While the 'S' word ("shytte" ), meant the act of defecation. So why are they considered 'bad' words? Well, the Normans invaded England in 1066, and tried to Normanize the population. That included discouraging the use of the Anglo-Saxon language. They wanted the natives to say "coitus", instead of "fuckin". And "urinate", in lieu of "pysse". But they didn't have a lot of luck; and instead of Normanizing the English, they found themselves being Anglo-Saxonized instead.

I think it's a great word when you're angry but too aggressive to be used to mean having sex.

The overuse of any word: The little boys need to buy a little book with little words so when they use their little brains to say the little words they have a little to say.

@Diogenes You wouldn't like to think of them as multipurpose adjectives and adverbs then?

@brentan Ya, but much overused ones; but there are verbs too. Example: Little Fred walked down the little street to little Gramps and Granny's little house and when he opened the little door, Gramps was littleling Granny.

Ya, I know, gotta get back on my meds. LOL

I suspect the sound of these short strong expletives (shit, fuck, cunt) gives them a lot of impact and has come to be taken as offensive.

Yes, and if I get fucking angry enough, I use all of them- but the sole use of all three gets to be tired and worn out----- ya, and I know there have been some funny stories about all three words.

Fuck can be used so many ways. It can be used in 5 of 8 parts of speech. And, with some creativity and no grammar Nazi's I think there may be an informal conjunction out there.

I’ve often wondered who got the job of deciding “shit” is bad but “poop” is Ok. “Fornicate” sounds way worse than “Fuck”. Imo anyway. 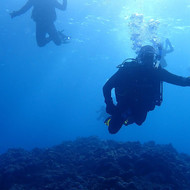 @Allamanda That is 'information'- and 'that' is interesting.

You can include a link to this post in your posts and comments by including the text q:338957
Agnostic does not evaluate or guarantee the accuracy of any content. Read full disclaimer.