For the 2020 presidential election, who do you like and why?

Parenthetically, I condemn in the strongest possible terms the refusal of Michael Bennet and Stacy Abrams to run for Senate. The need to unseat McConnell is easily as important as getting rid of Trump. Their personal ambition is more important than enabling progressive values to prevail.

his base is primarily made of one issue voters.

his base is very loyal and regardless of his I will follow him to the ends of the Earth.

although the one issue voter really only cares about one issue.

they will except the rest all of the Republican / Trump agenda if it means that one issue secure.

here is a list of single issues that will carry the Republican agenda in no particular order.

1:gun rights( take my gun out of my cold dead hand)

2: religious right( Trump should end every speech with God Bless the USA)

4: right to life( the Democrats just want to kill babies)

5: xenophobe( keep those immigrants out of this country all they want is welfare)

each one of the single voter groups by themselves as insignificant

in aggregate adds up to about 40 voting population.

the Democratic agenda for the past 2 years has essentially been anti Trump all the time. therefore they have some catching up to do.

Social Democratic wing of the Democratic Party, has created an opportunity for the Republicans; this I will call the Red Scare

( Khrushchev said We will bury you) this will no doubt add to Trump's base.

due to the Relentless attacks by democrats Trump may be able to obtain a victim status, this may not resonate well with these base unless is perceived to be fighting back,( it's us against them).

the only Democrat that is a perceivable threat to the re-election of Donald Trump is former Vice President Biden. he will have to find

a way to unite Democrats and reduce the Red Scare Factor.

this will be especially difficult Biden will have to run on the Obama economy. which may be difficult.

due to the high degree of polymerization we will expect a high turnout and a spirited campaign. 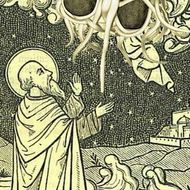 What do you mean by polymerization?

I am waiting for the debates to make a decision about who to vote for in the primaries, but I have to say that I like Elizabeth Warren, Kamila Harris, and I am kind of liking Pete Buttigieg too. There are so many in the race right now, that it is a little hard to single one out, and I think the debates will thin the herd. All of that being said, I will vote for any democrat who is nominated. Any one of them is better than trump. The most important thing is voting trump out. ( He is so disgusting that I can't even stand to capitalize his name). I wish that there democrats would start campaigning for the senate. Taking over the senate is imperative.

and I will be voting for The Republican candidate whoever it is,
maybe we should just both stayed home

I like Warren and Harris. Warren has a plan for everything and I like Harris' spunk. I dislike Biden because to me, he's a good ol boy with no real substance and he's too damn old. Having said that I'll vote for whoever get the Democratic nomination.

Yes, he is "a good old boy" but he has the best chance of winning against trump with the support of Independents. Approx. 1/3 of voters see themselves as an independent.

Stupid that some Dems who would be strong Senate candidates would rather be an also-ran in the presidential race.

so agree...we need them to hold their seats in the senate or whoever wins the presidential race will be facing the same shit as Obama...

We need to get rid of McConnell and all the other Republicans that are trump followers. They put fear of trump and their reelection ahead of the country. How could any rational congressman or senator be a trump supporter? trump may have destroyed the the modern Republican party.

The job needs to be finished. (The job of destroying the GOP).

@racocn8 I think we need a two party system. Power Corrupts, I vote Democratic because I'm progressive but I believe without an equal competitive party the Dems will run amuck.

The Dems are close to splitting into progressive green vs corporate moderate parties. The GOP is subject to it's own degeneration of Christian White Nationalist vs Kleptocrat Class.

Your concern that Dems would run amuck seems entirely improbable to me. Too many indians and no Chiefs means no agreement on an agenda. You're welcome to cite broadly supported Democrat initiatives that you consider problematic.

@racocn8 excellent assessment...this is exactly what I feel is happening...

@racocn8 Good people can have differing views. I view myself as socially progressive and fiscally conservative. I believe we should pay for what we buy. Yes, the Republicans seem to be even bigger spenders than the Dems at this point.

You can include a link to this post in your posts and comments by including the text q:351412
Agnostic does not evaluate or guarantee the accuracy of any content. Read full disclaimer.