The bottom line for me becoming an atheist is the feeling of freedom.

I no longer have to live up to the expectations of others.

I never have to worry about sins, damnations and hell. Or worry anout what the neighnors think. No fears either except spiders and heights.

No superstitions, no ghosts, no hauntings, no supernatural things or myths either.

I was pressured into going to confession by my step-father when a child. At 15, i rebelled. I told step daddy "what the hell do priests know about living? They live in the rectory rent free, have cooks to cook and housekeeper to clean the house and their dirty laundry. No kids to care for. Women all around to take care of them. Priests are lazy good for nothings. Why should i care what they say? The only thing fun about confession is meeting up with my best friends, making up sins so we would have to say so many hail marys and the lords prayer on the rosary. The fun part was the contest to see who could finish the rosary the fastest." He stopped taking us because we had too much fun.

I can still run thru the rosary in seconds.

I have one creed only. Treat others as you would like to be treated. Thst includes animals.

Being an athiest is liberating!

Making stuff up for confession was a bugger! I was such a good kid.

They missed their window with me.. I'd have shit to confess now about how I support the LGBTQ+ - that would be a blast!

Atheism is liberating for all the reasons you give. But that does not mean we behave impulsively, selfishly or immorally. Most of us act with compassion and secular moral values.

Ain’t that the truth. I nicely articulated. 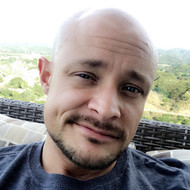 You can also sleep in on Sundays and save all that money you'd otherwise be expected to tithe to pay your church imposed faith tax.

Instead of saving or spending on ourselves what would have been a religious tithing, I urge all atheists/agnostics to donate that same amount to organisations that defend your freedom from religion and your secular beliefs.

I no longer follow the rabbi’s interpretations of the Torah. Freedom

@AmiSue I never felt at ease or comfortable around our rabbis

@AmiSue Hebrew school was terrible. The rabbi and cantor were aloof. I couldn’t wait to be done and out of there and away from home.

Being raised Catholic I kind of saw that too, it was the always asking for money that got me the most.

Just spiders and heights? What about poisonous snakes? Lions, tigers and bears?!? Alligators? Gila monsters? Poison Ivy? I can thinks of DOZENS of things!
My (worthless) advice though: go the extra mile and be a full-blown agnostic! It won't TOTALLY take care of the fear of death--you'll still have that queasy, nagging uncertainty--but at least you won't KNOW you'll go 'poof!' someday, when you least expect it...there you are walking down the street and a meteorite hits you in the head! Gone!
Hey, it happens.
Like me, you'll wonder about it a lot...and just about everything else. A lot.
I kind of envy atheist their absolute conviction. It must be nice to KNOW there's no afterlife (no 'god' required, so atheism is about more than 'god.' It's about not having fun.)
Agnostic uncertainty IS unsettling. Seems kinda wimpy, actually. But it makes sense, damn it all to...the moon!
It's easier, too. Saying, "I don't know" makes life more peaceful. Invites a discussion during which you can say you don't know as often as you like! Becomes a habit. Soon, when your girlfriend asks you which restaurant you want to go to...you won't know! TV program? No idea! And so on. Sure, she'll think you've lost it. You of course won't know.
Anyway, I guess being an Agnostic Atheist would cover it, but unfortunately the two words contradict each other. Totally incompatible (I hope no agnostic atheists are reading this).
See, I just watch superhero movies to satiate the "god gene" some people insist we have.
As for 'god?' Don't worry about it! (Doesn't sound like you do. I don't.)
Science will figure it out someday. I really believe that. Maybe.
In the meantime, revel in the knowledge that of all the (unfortunately) billions of people on this planet, only the insane are not, down deep inside, agnostic. Yes, you too.I think.

@Katsarecool No way. You're not scared of pythons? Poisonous mushrooms? Flying? That there might be a GIANT SOLAR FLARE which will TOTALLY UPEND SOCIETY?!? Volcanos, earthquakes, tornados? Cooked spinach?
No?
Amazing.

@Storm1752 I love snakes, spinach and flying. I'm not afraid of natural disasters either. It's beyond my control.

@Katsarecool You LOVE pit vipers, boa constrictors, cobras, black mambas, corals, cottonmouths, water mocassins, rattlesnakes, and about 100 other species and subspecies of DEADLY snakes, all of whom you would not want to encounter in a forest, near a body of water, in a desert, and just about anywhere else you might wander, hike, or sojourn?
No, you're not afraid of them from the safety of your comfy abode, but in the wild?
Ever see Avatar? That planet was inhospitable. One might think unrealistically so. But venture outside your comfort zone and into the unspoiled, beauteous natural world, without a weapon, gear, any human equipment, AND YOU'RE IN MORTAL DANGER!
Like you, I'm not afraid of the natural world because I'm insulated from it. I'm not prey or potential victim (most of the time) because I know the danger and avoid it; in other words because I'm AFRAID of it. Admit you are too.
Why am I bothering to make this point?
Because I'm stuck in limbo for a few days and have nothing better to do.

I like your creed and I believe in nothing supernatural. This was not always the case, but these days I can debunk almost everything.

Glad you avoided rapist priests....our Atheism is an end to lies forced upon children.....my feeling of freedom came when I took the last step out of the closet resolved to END PASSING pretending to be xian around xians....yeah I stopped getting xmas presents from my xian relatives but I gifted their birthdays

Any priest who tried to touch me, would have received a one two punch to the throat and nose! 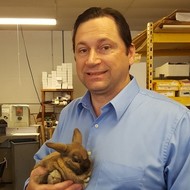 I have effectively removed the procedure for doing a rosary completely out
of my memory.
I'm pretty sure the priests who heard confession knew I was an atheist before
any member of my family, all of whom I had to tell.
I remember, around the age of 12, telling one of the priests straight-up that I wasn't going to do my "penance".
He told me I wouldn't be able to receive communion at mass until I did.
Just to see what he'd do, I went up for communion the following Sunday, and
he gave it to me anyway.
Further solidified my position that the priests didn't really care about the "rules".

In my opinion, the bottom line for anyone being an A-theist is, or should be, there is no credible evidence, facts or data to support the existence of any god(s).
I would add to your creed; do or cause no harm.

i am glad you are feeling free! i am also glad i never had to go through ANY of what you describe

You can include a link to this post in your posts and comments by including the text q:363156
Agnostic does not evaluate or guarantee the accuracy of any content. Read full disclaimer.