Atheists in the Pulpit: Clergy Who Are Non-Believers

How Many Atheist Clergy Are There?
Nobody knows for sure how many atheist clergy members there are, but the answer is probably a lot more than you think. (Note: I use the term "atheist clergy" for convenience—some may feel that they are agnostics or just "having doubts".)

A survey conducted by the Free University of Amsterdam in 2006 found that one in six (17%) Protestant priests in Holland were either atheist or agnostic. Another survey found that as many as 16 percent of the Church of England’s licensed ministers have doubts about God.

Membership in The Clergy Project has increased ten-fold in just a few years. This indicates that there are hundreds, if not thousands, of atheist clergy.

Why Do Atheist Clergy Stay in the Church?
Anyone who loses belief in their religion most likely faces a wrenching process. Their worldview is shaken, they face being alienated from their family (including spouse and children), and often are ostracized by their community. Membership in a church is often so intertwined with every aspect of their life that leaving their faith may feel like being set adrift in the middle of an ocean.

When you are a member of the clergy—priest, minister, rabbi, imam—your loss of faith has a major psychological impact. Our profession is often very important to our sense of self, our identity, and our perception of who we are, and this is especially true if we are a member of the clergy. Clergy members who leave will lose not only their livelihood but also their sense of purpose.

Clergy members who come out as atheists have a special “cross to bear.” They are often vilified and ostracized by their former congregants. They will get hate mail and threats against their life. It is traumatic.

It is easy to disparage the people who stay in the pulpit even when they no longer believe as cowards and liars, but this shows an utter lack of compassion and understanding. Walking away is extremely hard to do. 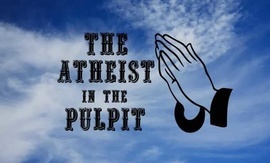 It makes me curious of how many clergy have seen through the nonsense but stay for the grift. Or in the case of the Catholic church, stay for the daycare privileges. 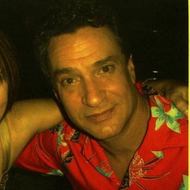 Not surprised but I am also not trying to number the people.

This doesn't surprise me at all, and I do think that clergy who lose their belief in religion deserve compassion and sympathy, rather than condemnation. The other thing is, they can always stay in the clergy as a non-believer, and not have to lie, by switching to the Unitarian Universalist Church, which is currently really hard up for clergy, mostly due to the high cost of their seminaries. They get no financial support from churches for their seminaries, compared to Christian and Catholic seminaries.

The other common path for people who leave the clergy, but still want to help people, is that they become social workers, therapists, or counselors. By the time they leave the clergy, they are usually too old to want to go back to college and get a teaching degree, tho that would be a natural fit for them, so they go with one of the three paths I mentioned together.

Polonius: “This above all: to thine own self be true
And it must follow, as the night the day
Thou canst not then be false to any man/Farewell, my blessing season this in thee!” - Shakespeare

Religion Is Not About God:
How Spiritual Traditions Nurture our Biological Nature and What to Expect When They Fail
[amazon.com]

Religion is about god. Humans created their gods, then the religion they follow to control others.

For some reason my edit button keeps changing when I type religion to religious.

US register atheist as a religion for the protection of their group. I personally don't agree that atheist is a religion, Government do what ever they want. Like they did with covid vaccines as model for health for everyone and thing. I don't trust Governments, just ask the Indains.

The Supreme Court has recognized atheism as equivalent to a “religion” for purposes of the First Amendment on numerous occasions, most recently in McCreary County, Ky.

What is your source that "The US government register atheist as a religious"? I attempted a Google search and the best I could find was that the courts had ruled that the protections of the First Amendment regarding religious freedom extend to the nonreligious and anti-religious (which would include atheists) just as it does to the religious. This situation is a bit different than classifying or registering atheism as a religion.

You can include a link to this post in your posts and comments by including the text q:679778
Agnostic does not evaluate or guarantee the accuracy of any content. Read full disclaimer.